3 Out Of 5 Women Have Money Stress. Here’s What To Do About It 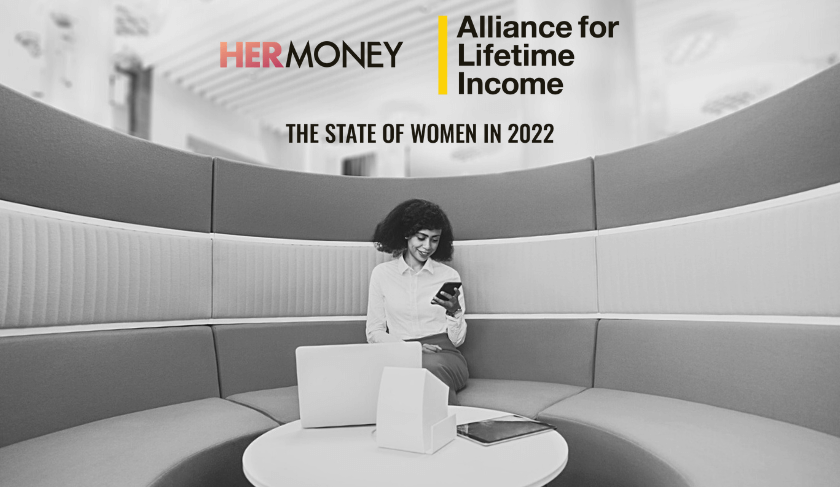 Nearly 3 out of 5 women worry about money several times a month or more. But planning and understanding make all the difference.

Nearly three out of five (58%) worry about their finances at least several times a month, according to new research examining women’s relationship with money, conducted by HerMoney and the Alliance for Lifetime Income as part of their study, “The State of Women 2022.” (To read more about how women are breaking stereotypes and taking control of their financial lives, click here.)

Almost a third of women surveyed (28%) said they worry at least several times a week and 14% worry every single day. (Only 10% say they have their financial stress completely under control.) And even among the highest earners — those who report annual household income above $200,000 — still, almost half (48%) worry about their money at least several times per month. However, younger women and single women feel the pressure more than others. Here’s a breakdown:

So, what are our most pervasive money stressors?

When asked what stresses them out the most about money, one third (34%) of women say competing financial priorities, and nearly the same say not having enough money saved (32%). Younger women are significantly more likely to say not earning enough is their biggest financial stressor. However, once women pass 55, their top concern becomes not having enough saved. HerMoney and the Alliance also looked specifically at women’s top concerns when it comes to retirement and retirement planning. As women look ahead, financial concerns significantly outweigh concerns about having purpose in retirement.

The two biggest concerns are the impact of healthcare costs (54%) and running out of money (52%), followed by the impact of market volatility on investments (29%) and getting long-term care later in life (28%). Only 13% are concerned about having purpose in retirement.

The Solution: The more you know, the less you worry

HerMoney and the Alliance’s study also points to the key to reducing women’s financial worries – knowledge.


“The bottom line is that the antidote to worry is financial education, the right financial professional and enough protected income to cover basic expenses for as long as you live,” says Jean Statler, CEO of the Alliance for Lifetime Income. “The fact is that women continue to earn less and live longer than men, which means they’ll need more money in their nest egg.”

Also, it’s clear that financial literacy is the thing that can help give us peace of mind so we can stop worrying, says Jean Chatzky, Alliance for Lifetime Income Fellow and HerMoney CEO. “In the first chapter of the study it was encouraging to find that women are engaging and taking more control of their finances — not just managing the household budget but investing and planning for retirement. The real work now becomes the business of creating a financial life that will serve us not just for years but for decades.”

Other Accomplishments To Stop Worry In Its Tracks

Education is key, but The State of Women in 2022 study also identified the top three milestones that alleviate stress about money. They are:

If you’re looking to take control of your financial life, The Alliance and HerMoney have a variety of tools to make these goals a reality, and we’re here for you!

Working with a trusted financial professional is key to building a successful financial plan that addresses both short-term and long-term goals. Several of HerMoney and the Alliance’s free online tools can also help women as they take the lead on managing their personal finances, including:

The State of Women 2022 is based on an online study conducted in March 2022 among over 1,000 women who are members of the HerMoney community. They range in age from 18 to 75, most are college educated and employed full time. Two-thirds are married or partnered.