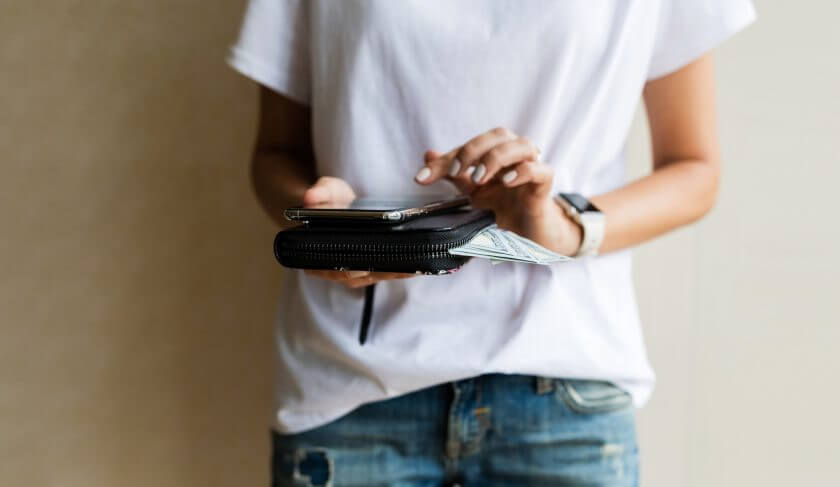 Taxes, minimum wage, healthcare and more: Everything President Joe Biden will mean for your personal finances.

On Wednesday, January 20, 2021, Joe Biden was inaugurated as the 46th President of The United States, and Kamala Harris was sworn in as the first female Vice President in US history, and the first woman of color to hold the office.

The Biden administration has many plans for the country, and we wanted to dive into what a Biden presidency might mean for your wallet. Here’s HerMoney’s official look at how your personal finances may be impacted over the next four years.

On Wednesday, just after his inauguration, President Biden directed the Department of Education to extend the pause on student loan payments through September 30, 2021. If Biden hadn’t taken action, these payments (that had been suspended since March as part of the federal government’s COVID response) would have resumed on January 31 — just a few days from now.

During his campaign, President Biden reviewed many plans for student loan borrowers, and for future students. He’s proposed cancelling at least $10,000 in student debt per borrower, and forgiving all college debt for low- and middle-income graduates of select schools—including public colleges and historically Black colleges. He would also make public colleges and universities tuition-free if your family earns less than $125,000 a year. And he’d like to expand the Pell Grant program which offers need-based grants, by doubling the grants students could obtain.

With regard to public service loan forgiveness, President Biden has proposed speeding up the process it takes to obtain forgiveness from 10 years to 5 years, and increasing the types of jobs that qualify. He would also like to see private student loans eliminated through bankruptcy — right now, even if you file for bankruptcy, your loans follow you for life.

A lot in America’s immediate economic future hinges on COVID…

The real pathway to “a healthier economy and healthier American population is a safe and effective vaccine,” Hamrick says. Healthcare workers and first responders nationwide have already been vaccinated, and in the months to come, more members of the at-risk population will begin to receive their shots. And as more of the nation gets vaccinated, more people will be comfortable going out and supporting local businesses, traveling and flying, which will aid the airlines and the hospitality industry, not to mention the stock market.

President Biden has stated that he plans to roll back the 2017 tax cuts, which would move the tax bracket for the wealthiest individuals back up to 39.6%— it’s currently at 37%. He also plans to move the top corporate tax rate back up to 28% from 21%. He would also like to see increases in capital gains and inheritance taxes for the wealthy.

President Biden has promised that if you earn less than $400,000 annually, you won’t have higher taxes. He’s also proposed tax cuts for low- and middle-income families, including an $8,000 tax credit against childcare costs, and a $3,000 child tax credit for kids age 17 and under.

President Biden has proposed raising the federal minimum wage to $15. This would be a welcome change for millions of working Americans since the wage hasn’t been increased since 2009. It now stands at just $7.25 per hour.

“State governments across the country have said ‘We aren’t going to wait for a federal increase any longer,’ and have passed their own bills,” Hamrick says. So while you might see a higher minimum wage in your area of the country — or at a specific employer — the official federal minimum wage has gone over a decade without any increase.

President Biden has said he’d like to keep The Affordable Care Act and build on it — not undertake radical healthcare reform, Hamrick says. This means there would be a public health insurance option that would be available for purchase, people could get health insurance from their employer, or purchase coverage from a private insurer.

“He has indicated that he is not interested in having a single-payer system along the lines of what Bernie Sanders and other more liberal members of the Democratic party would want, but he has said he wants to provide more consistent healthcare coverage for Americans who need it,” Hamrick says.

President Biden has also said he’d like to expand Medicare, and lower the age at which people can receive Medicare from 65 down to 60. He’s also expressed an interest in limiting the amount of money people spend on healthcare to 8.5% of their adjusted gross income.

President Biden On The Stock Market…

President Biden’s plan to raise taxes has some market-watchers worried — he’s said that he’d like to see the top corporate tax rate revert to 28% from 21%, where it stands now. Some investors are worried that if companies are spending more on taxes, investors will see lower returns. But it’s important to note that historically, the markets have preferred Democrats… since 1947, the average annual S&P 500 return was 10.8% during Democratic presidencies, but just 5.5% during Republican administrations.

A Biden administration likely won’t be a game-changer for the credit card space, says Matt Schulz, Chief Credit Analyst for Lending Tree. “Consumers shouldn’t expect much change with their credit cards. With what is likely to be a divided Senate, there’s virtually no chance of a Credit Card Act 2.0 or other major changes like a rate cap that might’ve been a priority if the Democrats had won a sweeping mandate on Election Day. As much as the Bernie Sanders/Alexandria Ocasio-Cortez wing of the Democratic party may want those changes, they’d likely be stopped cold in the Senate.”

The biggest change we will see in the credit space is new leadership at the Consumer Financial Protection Bureau, Schultz says. “Expect a more active director and greater scrutiny for financial institutions, including more big-dollar fines. That’s likely good news for consumers,” he explains.

SUBSCRIBE! Join HerMoney’s incredible community today and get updates on everything that’s happening in the world, and expert analysis on how all of it impacts your wallet.

3 Types of Business Partnerships That Will Help You Succeed