Stock Market Nerves In 2021: What Should We Be Doing? 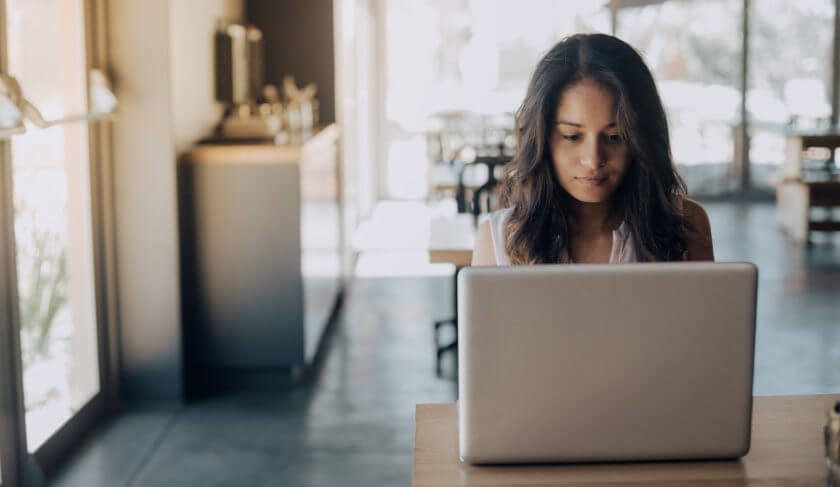 Someday, when the Federal Reserve decides it’s time to raise interest rates and when the stimulus glow has faded, things will take a turn.

Not subscribed to HerMoney’s weekly newsletters yet? This is what you’re missing! Here’s a look at what we published in our “This Week In Your Wallet” newsletter, Tuesday, May. 4, 2021.  Subscribe Today!

Here’s a sampling of the stock market-related headlines from just the past week: Americans Can’t Get Enough of the Stock Market (Wall Street Journal), With Economy Recovering, Bull Market Has More Room To Run (Forbes), Why Investors Should Ignore The Old Wall Street Adage ‘Sell In May’ (CNBC).

To put it bluntly, they make me nervous. Not, nervous as in – “I’m going to pull all of my money out of stocks now.” With my allocation at around 50% — which some people would say is a little conservative for someone my age (56) — I’m holding steady. Nervous as in – “I am keenly aware that someday, when the Federal Reserve decides it’s time to raise interest rates and when the stimulus glow has faded, things will take a turn, and probably a big one.”

Those sort of nerves are a good thing. An important thing, as Jason Zweig wrote in his weekend column — a counterpoint of sorts to the headlines above — which tackled the notion that grizzly bear markets have turned into harmless little teddy bears.  Yes, he writes, there have been changes in the markets that are likely to stick, including the impact of Target Date Funds which are required to buy stocks as they fall in order to maintain their asset allocations (precisely what individual investors should do, except that emotionally it’s too hard) helping to prop markets up.  But they’re not going to be able to protect us forever.

So, what should we be doing with that information. Doing? As long as you’ve been rebalancing (or have your money in target dates or managed accounts that do it for you), not a thing.  Knowing. Expecting. Preparing ourselves for the inevitable. That’s the ticket. Particularly for the new investors —  and there have been millions —  who have opened their first brokerage accounts during COVID. A Schwab study showed that 15% of current retail investors began in 2020. This influx is a good thing. It has not only brought younger people into the market, but more diversity, according to a study from the FINRA foundation.

I take heart, of all places, in this New York Times article, “Trading Stock Tips On TikTok, Newbies Are Deeply Invested In Learning.” “I don’t plan on this being my main source of income or day trading for the rest of my life,” Kiersten Crum, a 21-year-old college student who has spent her pandemic educating herself on investing and posting TikToks about what she’s learned, told reporter Tara Siegel Bernard. She added: “But the power of compounding with stocks is something I will be able to successfully retire over.”  One of her posts flashed on the books she’s read to learn about the markets. Top of the list: Benjamin Graham’s The Intelligent Investor, which was updated by with new commentary by, you guessed it, Jason Zweig.

When it comes to meeting your person, the last thing you want to feel is that you’re nothing but a number. But a new study from Finder.com says that, in many cases, that’s exactly what you are — if that number is a tally of your debt. According to the research, 38% of Americans said they’d “reconsider” romance with someone because of the amount of debt they’re carrying, an increase of about 12% from last year. Importantly, the type of debt matters. We’re not overly worried about the sort of debts that get you ahead in life — mortgages, car loans, and student loans —  nor the ones like medical debts which can be hard to dodge. Credit card debt, on the other hand, is a horse of a different color.  Once it tops about $10,000, potential partners are more likely to think twice.

Removable Wallpaper For The Win

If you’re looking to give your home a boost —  in a budget-friendly way — check out this take on 5 ways to create an accent wall.  Just painting a wall in your kitchen in a friendly shade of light blue or, yes, grey, can give the value of your home a $2,000 boost, Casandra Andrews reports for HerMoney.  She also points to sources for oh-so-cute 3D wall panels and removable wall paper. With home improvement project costs soaring (ahem, lumber, ahem) these suggestions couldn’t come soon enough.

Yes, my viewing habits have changed during COVID.  Yours probably have as well. We’re  streaming more, of course, but also differently, looking for what researchers have dubbed high quality content as well as programs that lower anxiety levels rather than provoke them.  (My recent favorites include Lupin – make a second season, please – and Srugim, which for the Shtisel and Unorthodox fans among you seems to be Israel’s attempt at Friends.)

But I have yet to tune into a live-streamed shopping event produced by the likes of Bloomingdale’s, which CNBC reports has hosted more than 50 such soirees during the past year (my invite must be lost in the mail), or Nordstrom.  Petco is even getting into the action.  Retailers like the results — returns run at about half the normal rate when items are purchased during a livestream. Expect to see more of these in the months to come.

May the 4th be with you,

Moms: How To Get Back On Track With Your Money