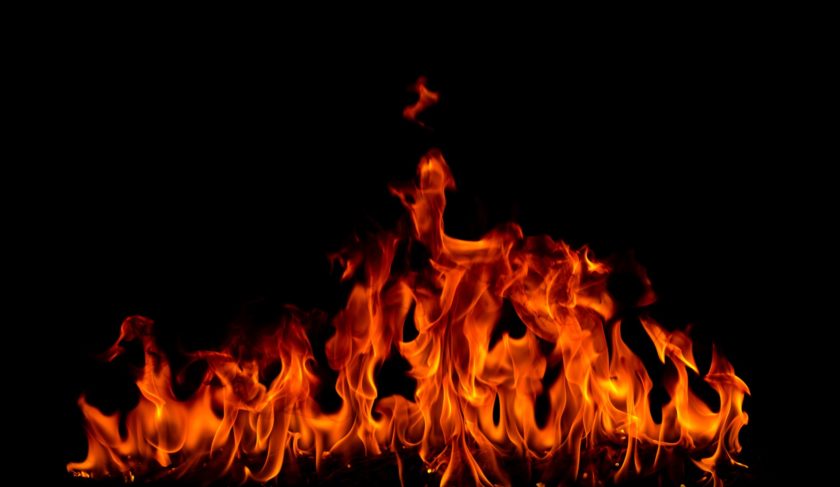 We’re going to save so much money on birth control, and we won’t have to worry about credit card debt — we call that a win!

I heard the other day that Justice Alito was thinking hard about something — about rights that women didn’t have when the Constitution was written and became the law for every American person until the end of time, as decided by 55 white men in 1787. He decided that we’d all be better off if we live in a way that’s “deeply rooted in history.”

I can only assume he might have been inspired after watching his favorite rom-com, The Handmaid’s Tale. (Because who hasn’t been binging their favorite shows lately!) In any case, 1787 was such a fun time for women, people of color and LGBTQ+ people because of the amazing outfits — headdresses, taffeta and farthingales… Met gala, here we come!

Anyway, I digress. The important change that Justice Alito has proposed to Roe v. Wade made me think about some of the things I do every day that weren’t part of the Constitution, and OMG there are so many of them. For starters, I realized that our founding fathers made no mention of how to regulate technology, including automobiles, telephones, vaccines or the internet, so I wanted to get this checklist out quickly, just in case we decide that websites are no longer allowed to exist! With the Honorable Justice’s logic in mind, here’s a look at all of the things that women will need to stop doing in a post-Roe world, and how to make it happen, ASAP, like the #girlboss that you are!

Get Rid of Your Credit Cards

Until the Equal Credit Opportunity Act of 1974, women couldn’t have their own credit cards. But in 1787, we didn’t have to worry about paying our balances off in full every month, or the possibility of getting one checked bag for free. Before 1974, banks could refuse to give credit cards to a woman if she was unmarried, and if she did have a husband around, he had to cosign, if he chose to allow her to have credit.

How to do it: Cut up your credit cards into fine slivers, like you’re slicing julienne carrots for your husband’s dinner. These pieces can be made into the cutest dangly earrings, or used to trace the perfect bat wing eyeliner before a special date night with the hubs! Credit cards? Pssh. More like avant garde!

Stock Up on Turtlenecks and Conservative Clothing

Who among us doesn’t love getting dressed up? What we wear says so much about us, but one thing we never want to say is that we’re asking for it. Until 1977, no man was found liable for sexual harassment. It wasn’t a crime, and it wasn’t viewed as discrimination, so women could take no legal action against it. Since we all know that boys will be boys, it’s up to us to dress in a way that doesn’t give them any ideas — Justice Alito’s new ideas are the perfect example of just how creative men can be when they put their minds to it, lol!

How to do it: Whenever I want to cover up a little bit more, I like to drape myself in inspirational signage from Hobby Lobby. When “Live, Laugh, Love” or “But First, Coffee” is completely covering my chest and vagina, it really cuts down on the number of men who try to grope me during my workday. (Bonus tip: “It’s Wine O’Clock” is usually just wide enough to shield my ankles from any prying eyes!)

Hide Your Pregnancy From Your Boss

Until 1978, women could be fired for getting pregnant, or an employer could refuse to hire a woman because of her pregnancy. This is understandable, since pregnant women often have such a radiant glow about them that it can be distracting to the men in the office who just need to be able to lead without interruption.

How to do it: Say that your growing belly is actually a bag for MAGA hats that you keep strapped to your person at all times, just in case someone needs one! Or, better yet, just stop working. With the average home priced at $400,000, the average wage in the U.S. at $52,000, inflation at 8.5%, and college tuition at $35,000 per year, your husband will definitely be able to support your entire family single-handedly.

Save Money on Birth Control

Although birth control was available to some women as early as 1960, it wasn’t available to unmarried women until 1972. Even then, not all pharmacies stocked it because it might “promote prostitution.” It’s weird that the men at the constitutional convention forgot about Ortho Tri-Cyclen, but they were probably too busy protecting their right to enslave other men, women and children to think about it. In any case, I don’t know about you, but I love saving money. With the cash I’ll save every month by not being able to purchase birth control, I might treat myself to a new washboard or butter churn (assuming my husband says it’s okay)!

How to do it: This one is easy. You just won’t be able to buy birth control! But you might want to hang onto your savings, since health insurance companies will probably start charging women up to 50% more for monthly premiums, which they were allowed to do before the Affordable Care Act.

Don’t Worry As Much About Your Career, Property Or Money

Essentially, ladies, it’s time to chillax and let the men drive this bus for a while. When the Constitution was penned, women couldn’t have a bank account in their name, we couldn’t own property, and we couldn’t vote. A return to our country’s historical roots would mean that we can finally take a load off and let someone else make the decisions. Ahhh!

How to do it: Remember to pay it forward. The men are helping us out with literally everything, which means we have to do our part, too. If Justice Alito’s desire to get back in touch with our country’s “history and tradition” becomes a reality, then keep in mind that until 1993, spousal rape was legal in some states, which means that whenever your husband wants to be thanked for all his hard work, you won’t have a choice.

But who needs choice, anyway?

Women are screaming. We know that any elimination of women’s rights is a backlash against the newfound freedom and financial power of the American woman, and that there are some men who would love nothing more than to see us live a life of unfulfilled potential and possible abject poverty. Girls being born today cannot have fewer rights than those born half a century ago. We will not be governed by the minority. We will not lose 50 years of progress. We will not stand by while old white men strip us of our autonomy. But no one is going to give us our rights — we’re going to have to fight for them. Please join our HerMoney family, where we’re fighting for women’s economic power, every day. And if you’re looking for places to donate, ways to get involved or action steps you can take, here are a few of our favorites:

You can donate to abortion funds which help women access vital healthcare services.

You can donate to organizations fighting on the frontlines in abortion-hostile states that have already restricted women’s access, or are likely to do so in future.

You can take to the streets in protest.

You can support candidates who are fighting for women’s rights, every day.

And make sure you’re registered to vote.

We will not go back.

And if you’re looking for more context to help inform your interpretation of Justice Alito’s brief, please take a moment to read this article, “The Constitutional Status of Women in 1787,” It was written in 1988 by Mary Beth Norton, who today is the Mary Donlon Alger Professor Emeritus of American History at Cornell University.

She writes, in part:  “The Constitution not only omitted all explicit reference to women, it also was drafted as though they did not exist as political individuals—for indeed they did not in the minds of the Founding Fathers… There was a good historical reason why those present at Philadelphia in 1787 failed to perceive women as a part of their polity. In their day, as in preceding centuries, the basic unit of society and economy was not the individual, as it is today, but rather the household. Each household had a male head, who controlled the household’s property, directed its activities, fulfilled its obligations to the community, and was regarded by the law as the ruler of his own “little commonwealth.” … In this type of social organization, women were dependents denied a voice in running their own affairs; they were legally subordinate to husbands and fathers and were perceived solely as parts of households. It is therefore hardly surprising that they were ignored by the drafters of the Constitution.”

Changing Financial Priorities? Here’s How To Adjust Your Life + Budget