This Week In Your Wallet: The Numbers Don’t Lie 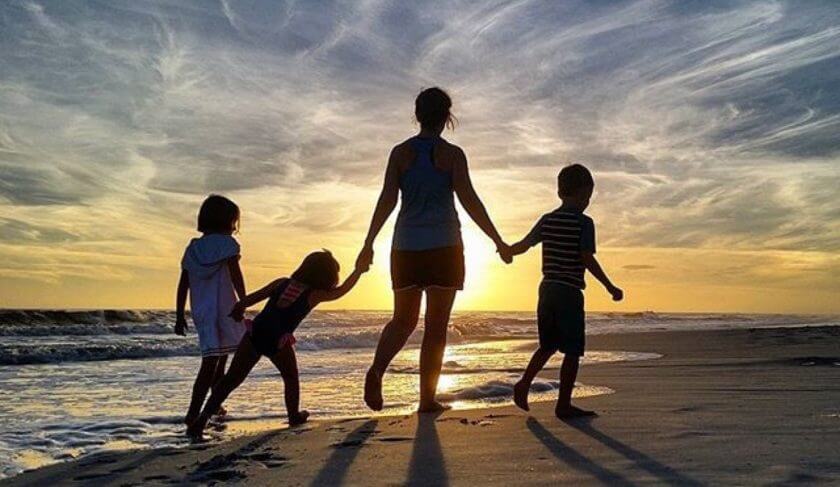 Those of you who have been reading me — or this newsletter — for any length of time will not find that statement at all surprising.  But surprised is exactly how I felt in reading a piece of research released last week from the JP Morgan Chase Institute that found that the size of the emergency cushion we should all aim to have is not 3 months’ worth or 6 months’ worth, but rather 6 weeks; worth of accessible funds, or for those who get paid biweekly, roughly three after-tax paychecks. (For the record, I was not at all surprised by the fact that 65% of the millions of Chase customers studied don’t have it.)

This data dug deep. Researchers focused on the 6 million of Chase’s 40 million account holders who use their accounts primarily — it’s where their paychecks are deposited and the ones they use to pay their bills.  By looking at these accounts, they were able to see how often (on average, every 5.5 years) people had an event where their income fell short and when they didn’t have enough in savings to meet it — and how long (on average, 6 weeks) that shortfall lasted.

But they were also able to see that there are several times each year where we have more income than we need — bonuses, tax refund and other windfalls. And that if we strategized to use the windfalls more wisely, we could better carry ourselves through the droughts. I wrote up my conversation with Fiona Grieg, the Institute’s Director of Consumer Research. Take a look for her helpful tips.

Now, let’s take a trip down memory lane to 1929. Or rather, for most of us, to our U.S. History classrooms where we learned about the Great Depression. This week marks 90 years since “the worst stock-market crash in U.S. history began,” writes Jason Zweig for the Wall Street Journal, who goes on to explain that what you believe happened then (and in the aftermath) probably isn’t exactly, well, true.

In just 35 months, the stock market dropped 89.2%, causing the dollar to be “of little more value than a dime,” says Zweig. What cause the landslide? We’re still not exactly sure, Zweig writes. Stock prices weren’t all that “overheated,” he says. The one finger he does point is in the direction of the Federal Reserve, where tight monetary policy was “the likeliest culprit.” (Note: That is not where we are right now.  The Federal Reserve is expected to cut rates again this afternoon.) Still, Zweig encourages us to look at 1929 to make sure the “past 10 years haven’t made us complacent.” We often preach — I often preach — that if you have a long term time horizon, you can’t afford not to have stock exposure that lines up with your age and your risk tolerance.  But if you do have money in stocks that should not be there because you need it in the next 5 years or maybe — if you’re older or more risk averse — even longer, it should not be there.  As Zweig writes: “Catastrophic losses are rare, but their risk never goes away.”

Is It National Thank-A-Family-Caregiver Day? (It Should Be)

How many of you are working two jobs at once? No, I don’t mean freelance graphic design work on the side. I mean caring for a family member. Almost 20% of Americans are currently caring for a dependent adult, providing caregiving and medical tasks they may not have the training for, says Lorene Cary who wrote a beautiful piece about family caregivers this weekend in the Washington Post.

The annual economic value of unpaid caregiving in the United States is $470 billion, according to AARP’s Public Policy Institute. Caregivers, especially those who have had to leave their jobs, are trying to find a way to make this into a lucrative career. Some states offer limited paid leave to care for family, and the Family and Medical Leave Act gives employees 12 unpaid weeks off, but only for immediate family members.

This isn’t cutting it for most, like the 40 million working as full-time caregivers, who are losing their chance at income and benefits, Cary writes. And the situation is only going to effect more of us as time goes on. Longer life expectancies call for more companionship for our loved ones, and the minimum wage they’re paid does not match the work at hand. What does she want? An update to our health care systems, which she says will not only help this “hidden sector of American life but also our national debt, and, if we had one, our Gross National Happiness Index.”  Amen.

Debt: A Real Pain in the You-Know-What

Finally, let’s talk about debt, which is not just on the rise, but taking on a new meaning. No longer does debt only symbolize the “inability to honor your financial obligations,” but it’s also likely causing you a whole lot of stress, according to the 2019 CarefulCents Debt Stress Study.

Holding debt can lead to emotional and psychological issues, the study says. Meanwhile, debt can also be causing you physical pain. The study states that “economic insecurity can lead people to feel a lack of control in their lives, which would, in turn, activate psychological processes associated with anxiety, fear, and stress.”  Ugh.

The good news is that not all debt is created equal. Credit card debt — unsurprisingly — causes the most stress, with its high interest rates. But the study also found that while those with more education have higher levels of debt, they tend to have more control of their lives.  Even though they owe more, knowing they have more options (to earn and create the lives they want) creates a lower level of stress.

Life is the topic. Money is the tool. Let’s talk about everything. Join the conversation today. Subscribe to HerMoney.

What You Get When You Give (To Charity)