What Really Happened With GameStop: An Explanation For 10-Year-Olds 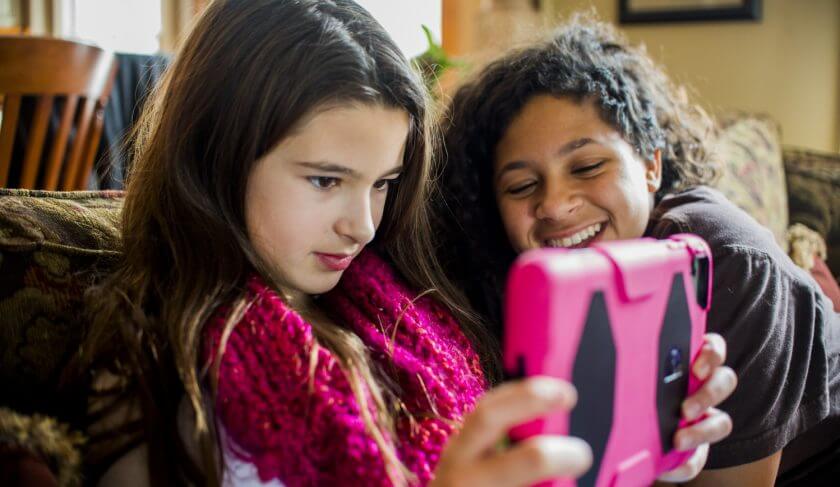 Not subscribed to HerMoney’s weekly newsletters yet? This is what you’re missing! Here’s a look at what we published in our “This Week In Your Wallet” newsletter, Tuesday, Feb. 2, 2020.  Subscribe Today!

This Week In Your Wallet: Explain It To Me Like I’m 10 Years Old

One of my favorite projects over the last 5 years has been writing and editing the content for an in-school magazine called “Your $.”  Produced in partnership with Time For Kids, it goes out monthly to 2 million school children. We’ve explored supply and demand by diving into the Popeye’s Chicken Sandwich shortage, cryptocurrency during the first Bitcoin bubble, the true cost of plastic bags, and of course, the effect of COVID on the economy – each time trying to teach an element of financial literacy without putting our audience to sleep. And we were getting ready to publish a piece on how a food pantry works when… you guessed it, GameStop happened.

How do you explain this mania to a fifth grader? That was the question that stressed me out over the weekend. The story that follows is the result. I decided to share it here after my editor at Time For Kids emailed me that this had helped her finally understand what was going on. If you’re confused (or if you have kids at home encouraging you to buy GME stock), I hope it helps you as well.

GameStop Is Closing 1000 Stores…So Why Is Its Stock Soaring?

When investors choose a stock to buy, it’s usually because they believe the business will grow in the future and the stock price will go up as a result. Take Amazon as an example. Through the COVID-19 pandemic, people who were social distancing ordered more of everything to be delivered to their homes rather than shopping in stores — and they did a lot of that ordering through Amazon. Amazon shares have gone up about 60% in the past year, and people who bought and then sold their shares have made a lot of money as a result.

GameStop is a very different story. The meteoric rise of GameStop stock — in the month of January alone the price soared from $17.25 to $325, a 1,700% gain (that’s 28 times as much as Amazon went up) — wasn’t based on what’s happening in the company’s business at all. Like many companies with physical stores, GameStop’s business during the pandemic has been pretty terrible. Although more people are playing and buying video games while stuck at home (we bet you knew that already), sales at GameStop fell a lot. The company closed almost 500 stores last year and has plans to close 500 more.

Some professional stock traders focused on the fact that the business was bad —and then they bet on it.  Rather than buying the stock because they believed it would go up, sometimes called buying “long”, they used their money to sell “short.”

The bets that traders made that GameStop would fall were big ones – billions of dollars. And they proved to be bad ones, because GameStop went up. Why did that happen?  Because thousands of people — not professional traders, but regular people — wanted it to.

There’s a social media network called Reddit that is organized into groups based on people’s interests. There are groups (called subreddits) around nutrition, skin care, even a popular one based on things people think about in the shower.  A subreddit called Wall Street Bets started a movement to buy GameStop. Their members did and the price started to rise — fast.

They did this, in part, because one very vocal investor who goes on Reddit by the name Roaring Kitty, started posting that he believed the company would turn around. But they also wanted to teach professional investors an expensive lesson. And they did. Those professional investors were forced to buy back the shares they borrowed at much higher prices. Ironically, that caused the price of GameStop to rise even more. Those traders lost billions.

So, what does this all mean for you? Should you subscribe to Wall Street Bets and try to put some money into the next hot stock? It might be interesting to read, but it’s also very risky. After hitting its high, GameStop shares fell 31% on February 1 (bringing the price to $225), and looked like they were going to keep falling. Instead, try to think about the next Amazon. What companies do you think will be much bigger and more successful in five or 10 years than they are today? Then, talk to your parents about saving to buy a share or two of those.

And In Other News

Whether you’re looking for the best credit cards for 2021, to finally get on a budget you can stick to this year, or to become a better investor, we’ve got you. At HerMoney, we just put a bow on 31 days of New Year, New You content to help you get your financial life in shape. And it’s all posted at the site here. I hope you find it helpful!

Financial Advisor Ric Edelman has long been a proponent of investing $5,000ish at the birth of a child as a way to fund retirement. Now, as Michelle Singletary writes in The Washington Post, he and others believe a bond like this – Edelman’s proposal has them issued by the Treasury department at the birth of a child, with the cost of the program being funded by the proceeds from issuing the bonds – could help address the racial wealth gap. How? Children born in lower income households would get bigger bonds than those born to higher income households.  In retirement, the children from those lower income households would receive income of about $35,000 a year. Edelman is not the only one thinking along these lines. Senator Cory Booker and a couple of economists have made similar proposals (the latter have the money being turned on earlier to help fund college). You can read more about Edelman’s proposal here.

Finally, and just in case you haven’t seen it (but even if you have), watching these Giant Pandas from the National Zoo in Washington, DC play in the snow is guaranteed to put a smile on your face. Personally, I can’t stop.

The Hill We Climb: Black Women and the Battle to Build Wealth