How to Perfect Your Investing Prowess 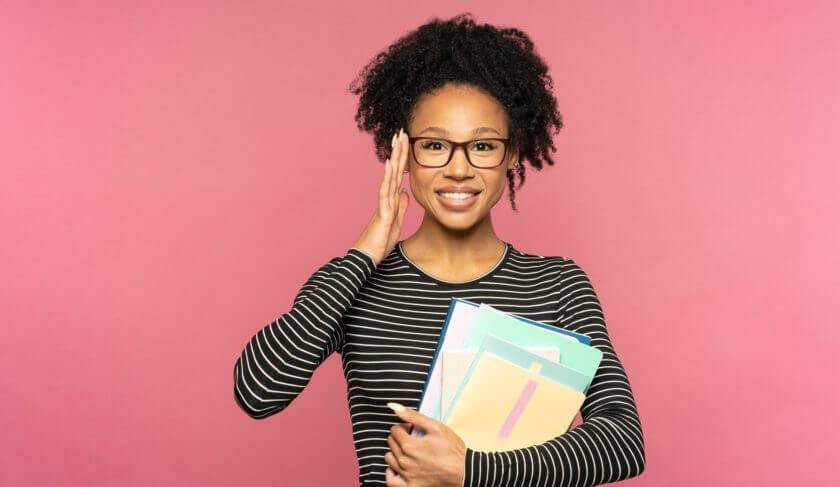 Women are stronger investors than men. Here’s why.

Not subscribed to HerMoney’s weekly newsletters yet? This is what you’re missing! Here’s a look at what we published in our “This Week In Your Wallet” newsletter, Tuesday, November 2, 2021.  Subscribe Today!

This Week In Your Wallet: Headline Bingo

There’s nothing like a good headline, and I’m pretty sure it’s not just journalists who feel that way. My favorite for 2021 (actually, my favorite maybe ever) was: “When An Eel Climbs A Ramp To Eat Squid From A Clamp, That’s A Moray.” (The video was pretty entertaining, too.) But when I saw this gem “Women May Be Better Investors Than Men: Let Me Mansplain Why” atop Ron Lieber’s column this weekend, I chuckled aloud. I’m not saying it nudged the fish (yes, an eel is a fish) out of first place – but I wasn’t at all surprised to see it trending.

Lieber dug into recent research from Fidelity that showed women investors outperform men by 0.4% over a 10-year period. “The surprising thing about this…is that neither men nor women seem to be aware of it – and they end up depriving themselves of some lessons that might help both genders invest better.” As in…

Don’t overtrade. Women outperform because we trade less. Earlier research by professors Terrance Odean and Brad Barber had chalked this up (at least in part) to the avoidance of commissions and other investment costs. In the era of zero commission trading, it’s clear that this also helps avoid emotional mistakes of thinking you know more than the markets (i.e. overconfidence) which leads to selling low and buying high.

Don’t let perfect be the enemy of good enough. Men invest more of their money than women (women keep 71% of their assets in cash compared with 60% for men, according to Blackrock) in part because they’re more willing to wade into the water without knowing precisely how the swim is going to go. That’s harder for women, and it keeps us on the sidelines in much greater numbers than it should.

If you’re looking to fine tune your investing prowess, take a listen to this episode of the HerMoney podcast where we dig into the research and apply it to meeting our short and long-term goals. And, if you’re simply interested in avoiding those emotional minefields?  Click here.

How’s That Back Of Yours?

Are you having random aches and pains? A chronic ache in your back or shoulder? Migraines or other headaches that come on at the regular? It may not be your fitness regimen. It may be the debt you’re carrying. Research from the University of Missouri points to the fact that high interest rate credit card debt specifically may take an ongoing physical toll. “The [study of 7,900 Baby Boomers] found that people who carried consistently high levels of unsecured debt were 76 percent more likely to have pain that interfered with their daily life than people with no unsecured debt,” writes The New York Times’ Ann Carrns.

Of course, there’s a troubling circular pattern here. Health and wealth? You can’t really separate them anymore. When you’ve got health problems, eventually it often wreaks havoc on your finances.  When you’ve got financial problems, it becomes tougher to afford the primary and other care that helps you stay healthy.  Eventually the whole thing becomes one big stress spiral. And that’s what’s happening in the world of debt now. Credit card balances are heading upward with, as Carrns reports, the “share of people rating their debt-to-income ratio ‘very unhealthy’ doubling in the third quarter…

Fight, Not Flight (Or Freeze)

If this sounds familiar, you should know there are three basic animal responses to stress. The two most common are fight or flight, with freezing (playing dead) a distant third. Over the last few decades, we’ve honed “preferred” responses like downward dog, wine in a glass, or a walk in the woods, but even these are escapist moves, and therefore forms of flight. Unfortunately, they don’t work when it comes to money. When your finances are in trouble, you need to fight, and that involves coming up with an action plan that – step by step – helps you pay it down.

That’s exactly the work we’re doing in FinanceFixx. Our 8-week coaching program takes you by the hand, helps you find resources you might not have known you had, and gives you a roadmap to pay down debt, save more toward your goals, and reduce stress by putting you back in control. Our next session will get you into shape for 2022, and we’ve got just a few seats left.  Join us, here.

Earlier this year, I moderated a panel for Engage, a bipartisan organization with the mission of promoting economic security for American women in the 21st century. The topic: The Credit for Caring Act, a bill with support on both sides of the aisle that would have provided a tax credit of up to $2,000 (at one point it was $5,000) for unpaid eligible caregivers – who spent countless hours of their own time and an average $7,000+ annually of their own money – taking care of the family and friends they love. As of now, it’s no longer a part of the budget bill making its way through congress. “But maybe phoenix-like it will rise from the ashes before they vote,” Nancy LeaMond, AARP’s executive vice president and chief advocacy and engagement officer, told Washington Post columnist Michelle Singletary. Let’s hope. Actually, let’s do more than hope. Let’s call our representative on Capitol Hill and ask for it.

The Smartest Places To Put Your Home’s Down Payment