The November Jobs Report: How Omicron Is Affecting Financial Markets 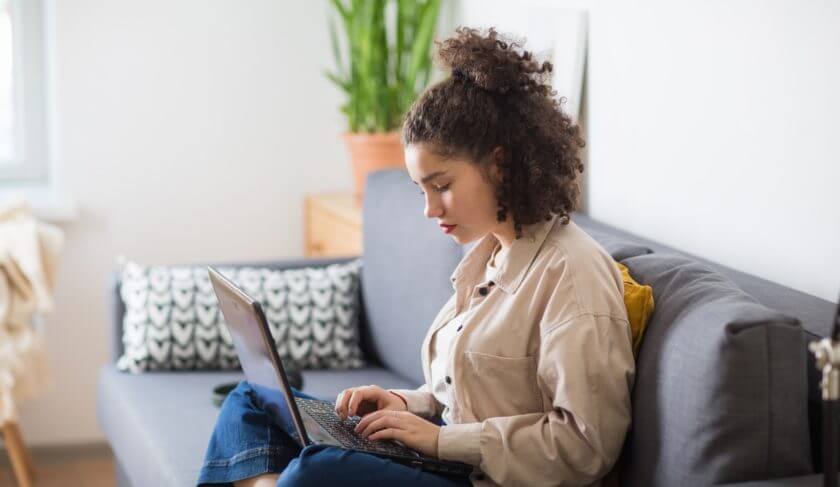 And the market comes roaring back. Again.

Not subscribed to HerMoney’s weekly newsletters yet? This is what you’re missing! Here’s a look at what we published in our “This Week In Your Wallet” newsletter, Tuesday, December 7, 2021.  Subscribe Today!

This Week In Your Wallet: The Roaring 2020s? Not So Fast

Like so many of you, I spent the weekend diving into the coverage of Omicron and the latest jobs report – the combination of which sent the S&P 500 down 1% on Friday. The news wasn’t all bad. Though the country added only 210,000 jobs in November (less than half the number that was expected), there was improvement in the participation rate, the number of people who were back out there either working or looking for work.

As for Omicron, nobody really seems to know what to make of it. Will it bring the world to a halt once again? Or is it – as The New York Times reporter Jeff Sommer asks – a blip? Based on the stock market’s performance yesterday (with the Dow up 650 points) it seems to believe it’s the latter.

But let’s look out a little further, shall we? “It is the time of year when forecasters fire up their algorithms and release streams of projections that will tell you precisely where the S&P 500 will close in 2022, where the 10-year U.S. government bond yield will end up, and how high the inflation rate will be,” Sommer writes. They are, for the record, notoriously bad at this. Right now the S&P 500 is 20% ahead of last year’s average prognostication. From the years 2000 to 2020 on average, Sommer writes, the median forecast was off by about 13%.

But that doesn’t mean that he – or we – shouldn’t be paying attention. The longer-term trends, he notes, generally provide better guidance than the shorter-term hypotheses. And right now, the longer term view is, on average, pretty flat (Wall Street’s consensus estimate on where the S&P closes at year end of 2022 is 4,825 – it closed at 4,591 on Monday), and occasionally much more bearish. Bank of America’s computer model, he notes, “is not spitting out negative returns for stocks for the next 10 years,” a phenomenon not seen since right before the dot-coms bust.

So, what do we do in the face of those forecasts? (Forecasts that, again, have a decent chance of being wrong.)

If you’re wondering about the answers to these questions, I’ve got two great pieces for you to read. The first is a Wall Street Journal story about the rise of Bitcoin Investment Clubs. These aren’t Beardstown style investment clubs where you pool resources. They’re more like Real Estate Investment Clubs where the idea is sharing knowledge (although in REIAs you are sometimes encouraged to piggyback or play a role in each others’ deals.) I particularly like the description of the Black Bitcoin Billionaires Clubhouse channel as “a space, where if you are a person of color, you can come here and feel comfortable asking questions.” (Maybe because it resonates with the way we view our HerMoney mailbag and private Facebook group)

The other read is from New York Magazine: A Normie’s Guide To Becoming A Crypto Person (How to cautiously and skeptically fall down the rabbit hole.) It’s comprehensive. And pretty great. And it’s not just for buyers, as reporter Sara Harrison notes. This is a guide to actually understanding that universe, whether you simply want to sound literate at a dinner party, know the difference between a bitcoin maxi and an NFT scenester, angle for a promotion by showing off more tech fluency than your boss, or leave your PR job to become “memer-in-chief” at a new coin exchange. (Can we all just do that for a day? Pretty please?)

And While We’re On The Topic Of Your Social Media

Now, it’s evidently okay for debt collectors to hop on your social media accounts and ask for repayment. Here’s the most important thing to know about that. First, there are some limits. Third party collectors are only allowed to call a delinquent borrower seven times within a seven day period, NBC New York reports. If they try to friend you on a social site, they have to identify themselves as a debt collector (and you don’t have to say yes.) All communications have to be private which means if you don’t say yes, you pretty much cut them off. And, they have to tell you how to opt out of future communications on the social media platform.

But even more importantly, as Michelle Singletary – who views this change in the law as having the potential to lead to harassment (as do I) – notes in a recent column, you need to understand when a debt is no longer collectible. Why? Because if you act on an uncollectible debt, trying to do the right thing by making a small payment, for example, you may involuntarily make it live again. So, read this ASAP, and square yourself with the rules.

And, Something To Feel Good About

Finally, because I’m feeling like this whole newsletter has been something of a downer (sorry about that) here’s a prezzy. HerMoney writer Joanna Nesbit gives us 10 Ways to Prevent Climate Change and Save Money. You’re welcome.

Investing In Art For Beginners: What Happens at a Live Art Auction