A Seller’s Market: What The Increase In Home Prices Means For You 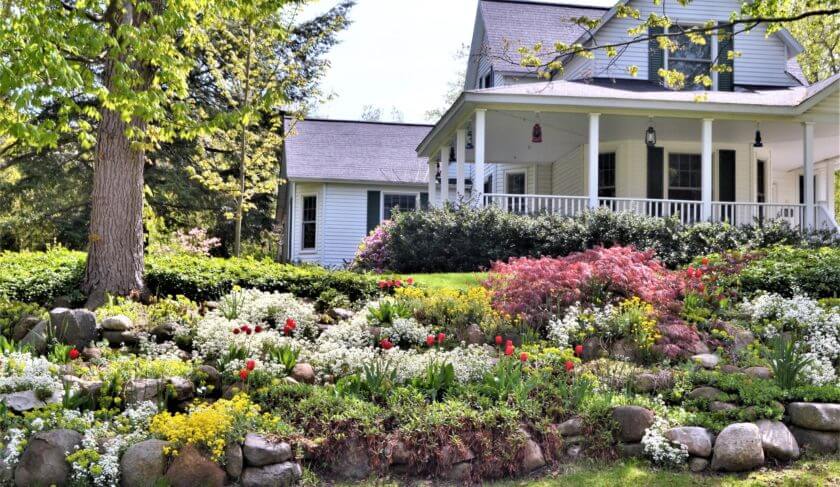 Not subscribed to HerMoney’s weekly newsletters yet? This is what you’re missing! Here’s a look at what we published in our “This Week In Your Wallet” newsletter, Tuesday, Feb. 23, 2021.  Subscribe Today!

This Week In Your Wallet: Where The Market Is Booming

I’m pretty convinced it was the bread. Well, maybe the market – and the complete and utter lack of supply. But the bread definitely helped.

After a COVID delay of about a year, we put our house on the market on Friday. Within an hour we had four showings scheduled. Then six. Then nine. We cleared out on Saturday for a three-hour window to run errands and otherwise kill time. No more details for now – I promise to share them with you later – because I was raised by a superstitious mother who had an uber-superstitions father and I don’t want to give it a kinehora. (Look it up.)

Much of the real estate market is zooming. Home prices in November rose 9.5% according to the Case Schiller index, with Phoenix, San Diego and Seattle leading the way as CNBC reported.   Low mortgage rates and very slim housing inventory are helping, but as Zillow reports, that’s not the only thing. The pandemic has put some wind behind Millennials who are now in their thirtysomething home buying years. They would be doing this eventually, but have launched their searches earlier. And the ability to work remotely on a continuing basis has enabled them to expand their search radius. All in all, writes Zillow’s Jeff Tucker, “homes that sold this December were on the market for just 17 days at the median, compared to about 42 or 43 days in December of 2018 and 2019. Early data from January suggests this trend continued into the New Year.”

Hint for buyers: If you have some flexibility, here’s how to base your purchase on your zodiac sign.)

Hint for sellers: Just in case you’re looking for some insurance, I present this Sourdough Cinnamon-Raisin Swirl. I fed the starter on Friday afternoon, made the dough Friday evening and baked it Saturday before the first lookers arrived.  And then – because, as I said, I didn’t want to jinx anything – I repeated the whole process for Sunday. Even if you’re not in the market to buy or sell a home, if you’ve found yourself spending more money on your home, your surroundings, or things to do at home, then you’re in good company…

Things People Are Doing Because They Are Bored

Ennui is one of those great words. Like unctuous. Where the ratio of vowels to consonants is a little out of whack, but in a good way. According to The New York Times reporter Sydney Ember, we are suffering from “a collective sense of ennui” in this country – in other words, boredom, weariness, restlessness, dissatisfaction.  As she notes, it is showing up in our financial behaviors.  Not just sales of flour and sourdough starter, but Scotts Miracle-Gro sales were up 30% last year.  Paint maker Sherwin-Williams had record sales in the fourth quarter. The business of building miniatures – think beyond dollhouses to miniature coffee shops, cars, boats and libraries, has exploded.

Our boredom is even, as Ember writes, at least somewhat to blame for the GameStop craziness that was the subject of a hearing in the House Financial Services Committee last week. Some of the people who got caught up in it did so because of a lack of other exciting things to occupy their time.

My hope is that most of the GameStop players understood the risk they were taking. I know it’s been documented that some did not, but in the land of individual stocks and the options into which many were dipping, they should have known better. As Bloomberg’s Matt Levine – who writes a subscription newsletter called Money Stuff that you can get even if you don’t subscribe to Bloomberg – points out, the same cannot be said of Texans who opted to buy their electricity through a company called Griddy Energy at variable wholesale prices because they thought it would save them money. Did they understand that a) if the wholesale prices shot sky high, those prices would be passed along to them, or b) how stratospheric those prices could actually go? I doubt it. In fact, I’m sure they didn’t. (Levine notes prices went from $20 per megawatt hour to $9,000 – and no, I didn’t add an extra zero or two there.) Upcoming later this week, a hearing in the Texas House about what happened, why it happened and what happens next.  Here’s hoping relief for those consumers is on the agenda. Meanwhile, just a reminder to always (always) read the fine print, and ask questions if you don’t quite get what it’s saying.

And A Bucket Of Cold Water

Finally, here is a powerful reminder about how centuries of inequities in our history have created a wealth racial gap that each crisis – most recently the pandemic – opens right back up again. It makes all financial goals more difficult, but retirement particularly so. The story reminded me of this Facebook Live conversation I had with the wonderful Michelle Singletary where she talks about all the things she and her husband do to lift up their nieces and nephews and other family members, one person at a time.

How To Handle The High Cost of Caregiving