Nope, It’s Not Money Causing the Most Marital Rifts. It’s This Project 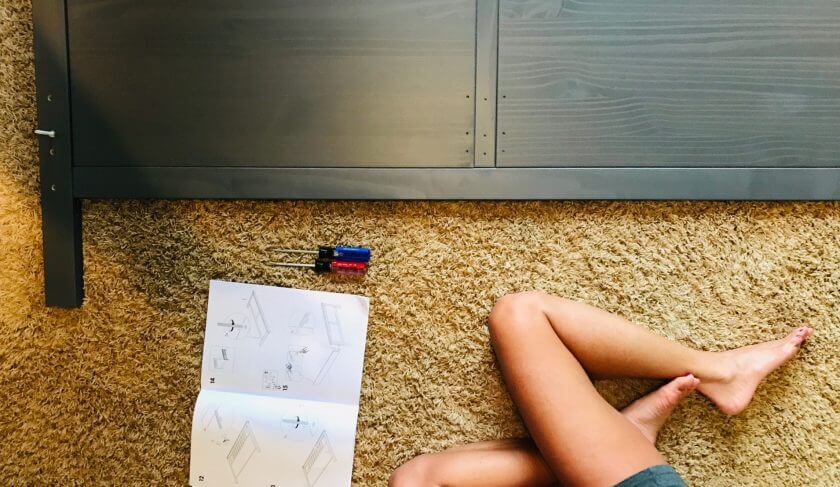 Money is one of the leading causes of divorce... But sometimes “money” is just another way of saying “IKEA HEMNES dresser assembly.”

What does a dresser have to do with divorce? Plenty, if it comes in a flat-pack and requires a couple to assemble it together at home.

Of all the things that can spark major marital tiffs — e.g. fair division of household labor, debt, lack of toilet seat etiquette — home improvement projects are high on the list. But there’s one DIY job in particular that contributes to marital discord.

According to a new survey out of Great Britain, ex-couples overwhelmingly cited the task of assembling flat-pack furniture as the project that caused the most arguments. (Please refer to IKEA exhibits a) the NORDLI floating headboard bed with drawers; b) the PAX wardrobe with sliding doors, and c) the HEMNES dresser.)

Spending hours interpreting instructions (40 pages for the HEMNES), organizing parts (more than 150 to put together the PAX wardrobe) and searching for missing pieces caused more than three quarters (78%) of couples to bicker.

HerMoney CEO Jean Chatzky can relate. “My husband and I tried to put together a white IKEA pedestal table at the beginning of our marriage, started sniping at each other,” she says. “A couple of hours later — with pieces scattered everywhere — we decided to hire someone to do it for us.” Even though it cost almost as much for assembly as it did for the piece itself, is any amount too high of a price to pay for keeping the marital peace?

The projects that contribute to broken homes

Assembling flat-pack furniture was just one of the home improvement projects that were most likely to drive couples to divorce court. To find out exactly where renovations caused relationships to sour, MyJobQuote.co.uk (a U.K.-based matchmaking service for homeowners and home repair tradespeople) interviewed roughly 2,000 ex-couples about their fixer-upper fights.

More than 70% of ex-couples who called it splitsville said they experienced discord over decor decisions.

Not surprisingly, couples cited money as one factor that led to fights: 81% of respondents said exceeding the home improvement budget was their biggest issue. However, it’s the detail work that drove a wedge between formerly happy twosomes.

Just like fights about money often aren’t about money at all, dickering over design can sometimes be just another outlet for expressing relationship distress.

Psychologist Lee Chambers was asked by the study’s authors to comment on the findings and why assembling flat-pack furniture was such a hot-button project. “It’s often a test of control. One side of a relationship is likely to drive the project forward, and this can lead to a feeling of helplessness on the other side,” Chambers said.

Decor decisions — like financial decisions — are informed by each partner’s design taste, which, Chambers says, is “cultivated by their childhood, culture and experiences.” The hundreds of choices involved in home renovation projects require each party to compromise at some point.

Or try the solution that Jean and her husband found: Their mantra is, “We don’t assemble.” (Strangely, Chatzky says, not being married may be the key to doing this together. Almost a decade after their divorce, she and her first husband found themselves in their daughter’s college apartment tasked with — you guessed it — putting together a flat packed dresser, and it actually went pretty smoothly, she says.)

Here are three things to help maintain your happily-ever-after during a home improvement project:

All things home improvement on HerMoney.com:

Own your money, own your life. Subscribe today to get the latest money news and tips!