Priced Out Of Your Favorite City? Consider These Instead 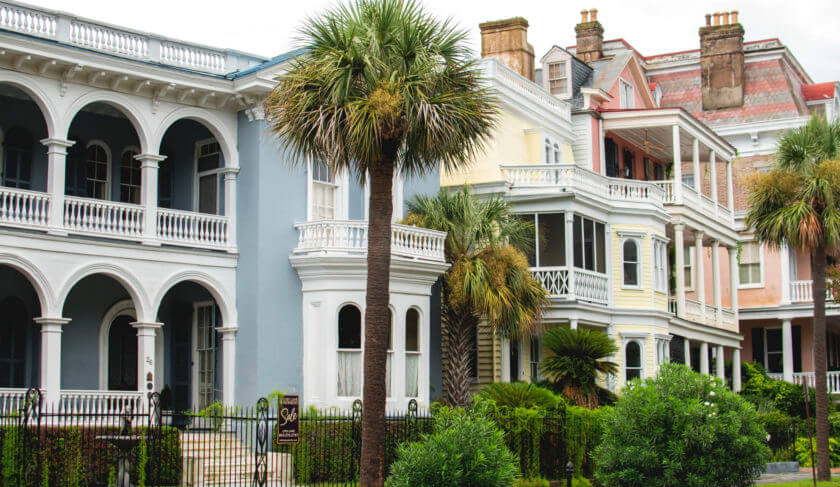 Recently untethered from your office and dreaming of a new, more budget-friendly adventure? Check out these affordable places to live.

With tight housing markets continuing to push prices skyward, many Americans are being priced out of cities as some homes now cost $100,000 or more than they did this time last year. If the pandemic has taught us anything, it’s that millions of Americans can successfully perform their jobs outside of office cubicles and across time zones.

In January 2021, after almost a year of working through the COVID-19 global pandemic, Chris Glynn, a principal economist with Zillow, decided to leave the Boston metro area in favor of Raleigh, North Carolina. He was looking for a more affordable place to call home that allowed him to enjoy outdoor activities during all four seasons.

“We’re seeing two real themes emerge,” Glynn says of the shift away from super expensive cities and often cramped living conditions. “There’s a push toward more affordable housing and year-round outdoor living. Homeowners and workers in general have become untethered, really, for the first time, and people are identifying the kind lifestyle they want going forward.”

With stay-at-home orders and social distancing guidelines still top of mind, Glynn says more people are starting to seek out metropolitan areas that best meet their quality of life needs and not necessarily because excellent job opportunities exist there.

So, if you no longer need to live where you work, are priced out of your city, and wanderlust has set in, there are a number of more affordable and thriving areas in the U.S. you can move to right now. Zillow took a look at five popular metros and their more affordable regional counterparts for these home-price comparisons. All of the pairs listed here offer more affordable housing options than Manhattan, San Francisco, Brooklyn, Honolulu and Washington, the top five most expensive urban areas to live in 2020, according to the Council for Community and Economic Research.

In the Charleston, S.C., metro area, 17.3% of a family’s income goes toward a mortgage, and the typical home value is $299,338, according to Zillow estimates from February 2021. Three hours and 200 miles away from the coastal town, you can find more home for the money.

In the Greenville metro, about 14.8% of income is spent on a mortgage, and the typical home value is $224,877. You are also closer to the mountains, and likely won’t pay as much for homeowner’s insurance because the threat of hurricanes is less likely as you move away from the Atlantic Ocean. In recent years Greenville was named one of “The South’s Tastiest Towns” by Southern Living magazine and in 2011 was ranked as the 13th Best City for Young Adults by Forbes.

With no state income taxes and wide open spaces, Texas continues to be an attractive place to call home. In the Austin metro, 21.2% of income goes toward a mortgage, and the typical home value is $408,106. A college town and then some, Austin offers great food and music scenes.

Steeped in history, San Antonio provides some of the same features and amenities as Austin, but with a lower cost of living when it comes to home prices. In the San Antonio metro, 17.7% of income goes toward a monthly mortgage, with the typical home value at $225,999 in early 2021. In 2019, the population in the greater Austin metro area was about 2.5 million, offering big city perks without the big city price tags.

Miami too much? Try Tampa

Located on the southern tip of the U.S. and bordering the Atlantic Ocean, Miami has long been a popular destination for those seeking the perks of ocean-front living combined with a vibrant nightlife and diverse culture. In the Miami metro, 23.5% of income goes toward a mortgage, and the typical home value is $324,457.

Three hours north, in the Tampa metro, 20.2% of income goes toward a mortgage, and the typical home value is $261,314, or about $60,000 less than Miami. “It’s the classic East Coast of Florida versus the Gulf Coast debate,” Glynn says. With Tampa, residents still get the coastal lifestyle, have ample opportunities for year-around outdoor activities and are close to a popular professional football team with a shiny new Super Bowl win.

Has Boise become too steep? Check out Ogden, Utah

Named by MarketWatch in 2019 as the best and most affordable city to live in, residents of the Boise metro area shell out 25.7% of their income for a mortgage, with the typical home value at $410,927, according to February 2021 research from Zillow.

Another area also surrounded by mountains and known for plentiful outdoor activities is Ogden, Utah, where national forests and ski lodges abound. In the Ogden metropolitan area, 18.9% of income goes toward a mortgage, and the typical home value is nearly $25,000 less than Boise at $387,977.

Minneapolis (and its sister city St. Paul) boast excellent quality of life attributes for families including dozens of museums and public parks. In the Minneapolis metro, 17.1% of income goes toward a mortgage, with the typical home value priced at $323,661 in 2021.

In the Kansas City metropolitan area, only 14.8% of household income goes toward a mortgage, and the typical home value is about $100,000 less than Minneapolis at $233,102. The Twin Cities and Kansas City both offer Midwestern charm and both metro areas have seen home values  increase during the last year. One big difference? How often you’ll need a snow shovel. Kansas City typically has less than half the total snow days of Minneapolis.

If you are looking to find more home for less money, especially if you were priced out of your city, now may be the perfect time to check in with your employer about a permanent out-of-office arrangement. “One of the things we’ve seen in the last six months,” Glynn says, “is that companies are just starting to roll out work from home policies. Once there are more policies in place we may be at the very leading edge of a great reshuffling.”

4 Female Entrepreneurs On What Made Them Finally Start Investing