When Is The Bottom Of The Housing Market? (And How To Prepare) 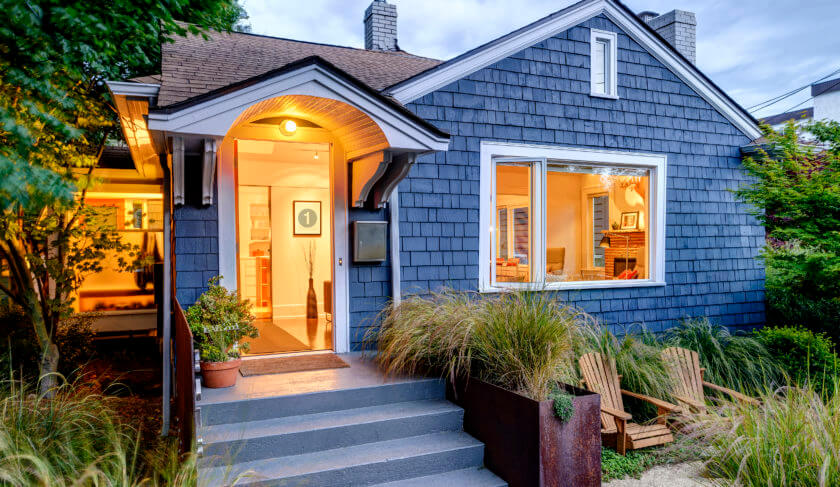 Housing Market 101: Here's what you need to know about understanding the current housing market situation and what to expect in the future.

You’ve heard it here 1,000 times: You can’t time the markets. Yes, that’s usually said in reference to the stock market, but it’s hard to time any market, including real estate. In the last few months, home prices have dropped substantially, leading many bargain-conscious house-hunters asking, “When is the bottom?” Experts are projecting a “global housing market downturn” in 2023 or 2024, and in the US we saw prices drop by nearly one percentage point from July to August. A stark change from 2021, when home prices were up by an average of 18.6 percent and were routinely selling for $30,000 to $100,000 over asking.

So, when and where is “the bottom”? While we should get there within the next 18 to 24 months, it’s a cycle, and when we see an end to bidding wars, higher housing inventory and a feeling of stability, it’s safe to say we’ll be sitting in an all-around a much more stable housing market, says Erin Sykes, Nest Seekers International Chief Economist. Thankfully, a more balanced market means equal opportunity for buyers and sellers. Here’s what to look out for.

What Got Us Here In The First Place?

To understand where the housing market is going, we first have to look at what led to the surge in prices in the first place. Tamar Hermes, Real Estate Investor and Coach at Wealth Building Concierge, says it all started with the perfect storm of low interest rates (which meant people could borrow large sums for 3%) and the pandemic which changed everything. Specifically, in 2020, many buyers began either fleeing cities and/or seeking more space, and many buyers were armed with stimulus checks that meant more money to spend. Pared with that, we had low housing supply, which put us into a situation with far greater demand for the number of houses available. And it’s also worth mentioning that how many Americans began investing in rental properties during this time, Hermes says, which led to many homes selling for over the asking price. But all of this, of course, had to lead to a massive reset, which is what we’re seeing now. In fact, many expert say we’ve gone from a seller’s market to a buyer’s market  seemingly overnight. And in some markets, the average number of days a home is on the market is back up to 90 days, as opposed to 24 hours this time last year.

The Truth About The Housing Cycle

In the immortal words of Lizzo, all the rumors are true. Or at least the ones that say the housing market’s bottom is closer than you might think. But we shouldn’t think of it as a “bottoming” of the market, rather as a “stabilization” of the market, says Allistair Brown, CEO & Founder at Allistair Brown International Real Estate. Real estate cycles occur every 25 to 30 years, and right now we’re at the part of the cycle where  interest rates are rising and prices are coming down. We’ve been here before. Every 18 years or so there’s a peak, and then in the years to come there’s a rebalancing, says Sykes. The Fed is already discussing another interest rate hike, which will bring the cycle further to its completion wherein prices come down, and millions of Americans will either enter or exit the market, says Hermes.

Home prices are not as low right now as they’re projected to be in a year’s time. If you have a certain house in mind for your forever home, you might be better off renting until prices drop, and more options are on the market. With that said, rental prices around the country are now at all-time highs, so if you’ve found a home you’re happy with, then buying now may be the best choice for you. Brown says many of his real estate clients have told him lately they prefer owning a home for stability and for long-term investment purposes.  Also, with interest rates only going up over the next few months, now can be a good time to go ahead and lock your interest rate, recommends Sykes. Once you lock in your rate, you’ll have 30 to 60 days to shop around while your rate remains stable. She recommends getting pre-approved now, and continuing to pay down any high-interest rate debt you may still carry. And if you’re struggling to find a home, she stresses you’re not alone. The journey to homeownership can seem overwhelming in the best of times, let alone during a once-in-a-lifetime pandemic and a rising interest rate environment. But you got this.

Inflation & The Road Ahead

One of the biggest indicators that a recession may be on the horizon is the 8% inflation that continues to eat away at our savings accounts and spending power, says Hermes. Sykes says that while the “bottom” of the housing market won’t  get here for another 18 to 24 months, we’re likely to see another substantial price drop int the fall. Then we’ll see what’s next, which may hinge on what the Fed does with interest rates moving into 2023. The best thing prospective buyers can do now is continue to keep track of your budget, focus on paying down debt and increasing your credit score, and keep shopping for your dream homes at a good value. Understanding the market is key to buying in the market. Hermes says the smartest real estate investors are the ones who are always looking for deals, so get out there, and start looking!