Caught In The Middle? What To Do If You’re Stuck In The Intergenerational Sandwich 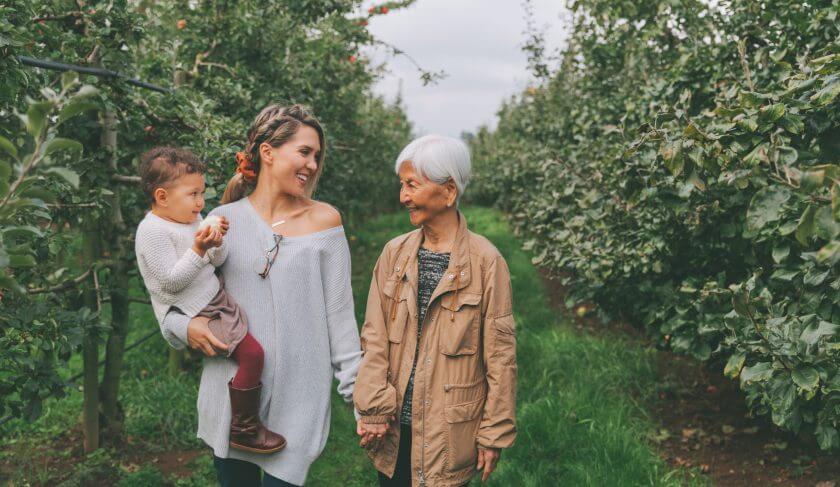 One third of adults aged 40-60 have given money to their parents in the past year — and they're also contributing to the cost of living for their adult children.

Where is my money going?

That’s a question we all ask ourselves from time to time (when a particularly large credit card bill hits at the end of the month, for example, or when the money we withdraw from the ATM seems to vanish more quickly than usual.)  Well, the answer for many people may be a little closer to home.

According to a new study from AARP, one third of adults aged 40-60 have given money to their parents in the past year to help pay for things like groceries, housing costs (rent or mortgage payments) and medical expenses — things they absolutely need to live — even when it causes a hardship in their own financial lives (i.e. they can’t really afford it.) And if they aren’t already doing it, 42% believe they will be contributing to their parents’ basic living expenses at some point in the future.

On top of that, many of these same adults are also contributing to the cost of living for their adult children. Those payments go mostly to transportation expenses, or more “nonessential” things, like buying a flight home for Thanksgiving, according to George Mannes, Senior Editor at AARP The Magazine, but they also go toward personal costs and utility bills. Basically, things they can live without, but that would be difficult to cut out entirely. Unfortunately, all this is putting a large financial strain on 28% of that generation, and more than half say it’s putting some financial strain on their own families. So, why do they do it?

“It’s family,” says Mannes. A simple answer that speaks volumes. They don’t want their kids to live on the streets, and how can they not help out the people who raised them and gave them all they needed for 18 years? It’s hard to say no, but there are things you can do to get a handle on any allowances you’re shelling out.

The first is to set boundaries, says Mannes. Tell your kids and parents: “I can pay for this, but not for that.” Or say, “I want to help you with rent because you need a roof over your head, but I can’t do this forever.” Give a timeline — six months, a year, or however long you feel you can afford to contribute — to let them find a cheaper living situation. If they know, up front, what you can and can’t give, and what their limits are, it will give them more of a push to find more affordable options for themselves.

The second is to actually have those tough discussions about money. Money can get emotional, especially when family matters are concerned, but it’s crucial to take emotions out of the equation when talking to kids or parents, says Mannes. Explain the financial strain you are feeling as a result of trying to help them get out of their financial strain. Run the numbers and make a plan. Set limits and talk through your individual and combined financial lives. It will be tough, but it will be worth it.

Eyes On The Prize

In case you were wondering, the “prize” is retirement, which is only 10-15 years away for the “givers” in this scenario. Caught in the middle of this intergenerational sandwich, they aren’t able to put as much away for themselves as they should be. They can’t skimp out on rent payments or the electric bill, so they take money aways from their retirement contributions to fund their parents and their kids. And all of this becomes a vicious cycle — if they aren’t saving as much as they can, their kids will likely have to support them financially down the line.

Mannes hopes this may not be the case, though. He expects the younger generation (in this scenario, millennials) will learn from their parents’ and grandparents’ retirement misfortunes and take action on their  financial lives earlier on, maximizing on what the markets can do for them. Many college students are no longer feeling the need to get a name-brand degree, and are instead opting for the more affordable version, which cuts out a slew of loan payments. As more young adults are entering the workforce, retirement plan options are more accessible and encouraged than they were 30, 40, 50 years ago, so they are getting an extra decade, or more, of retirement savings.

No one said it’s going to be easy — breaking the cycle never will be. (Just ask Daenerys Targaryen). Your retirement account — and, perhaps most importantly, your kids — will thank you. It’s never too late to start saving, or start saving more, and in this case, every dollar counts.

We’re in this with you. Join the judgment-free zone of like-minded ladies today: the HerMoney private Facebook group.