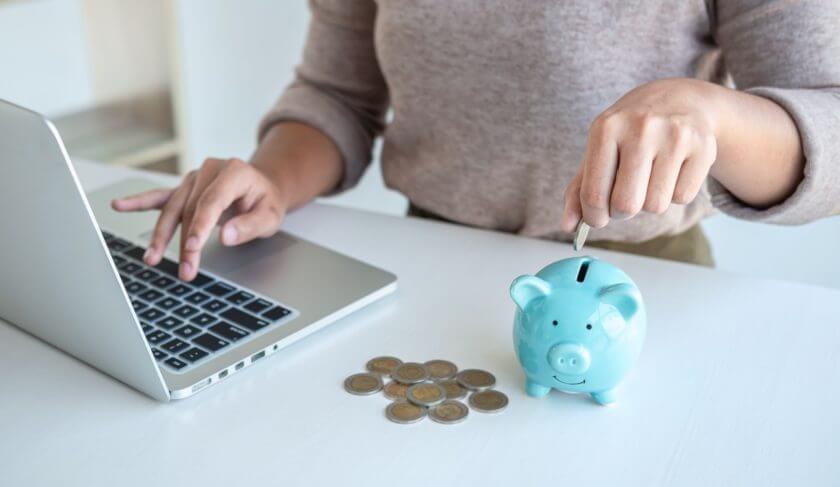 Not subscribed to HerMoney’s weekly newsletters yet? This is what you’re missing! Here’s a look at what we published in our “This Week In Your Wallet” newsletter, Tuesday, July 13, 2021.  Subscribe Today!

This Week In Your Wallet: Your Tax-Exempt Piggy Bank

As we head into Olympics season, I’m looking most forward to watching Simone Biles and her teammates execute head-spinning moves on apparatus that is itself mind-blowing. The combinations they throw (and land!) on that four-inch beam leave me gobsmacked. (How do I know you call performing moves in gymnastics “throwing”? I read this excellent Cait Opperman piece about 31-year-old Chelsea Memmel and her pandemic comeback in The New York Times Magazine.)

But I digress. Think now about what happens after a gymnast finishes a round. Her teammates gather around her and dispense hug after hug. Accolades for a job well done, or comfort if it didn’t go as planned. Perhaps it’s time we journalists do the same? If so, here’s a round of hugs for the reporters at ProPublica and the conversations that their work has started.

I’m referring to two recent pieces that may very well play a role in your wallet. The first, published late last month, was an investigation of how billionaire Peter Thiel used a Roth IRA to create “a gargantuan tax-exempt piggy bank.” Gargantuan, as in $5 billion. (Yes, billion.) To put that into perspective, the average Roth holds a little less than $40,000. Now, I know, based on the inflows of mail to the podcast (if you have a question, please write to us at mailbag@hermoney.com) that many of you like the idea of a Roth. So do I. If you think your tax rate in the future will be higher than it is today, it pays to fund – or convert other IRA contributions to fund – a Roth on which you will never have to pay taxes in the future.  You can also withdraw contributions if you need funds, pull money out to buy a first home or pay for education, and you’ll never have to worry about RMDs. This argument also holds if you, like me, believe taxes overall will be going up in the future.

Of course, we are not all billionaires. But as Anne Tergesen of The Wall Street Journal pointed out over the weekend, many of us may be missing out on an opportunity to stash more in a Roth (via a conversion) than we thought possible. The X-factor turns out to be after-tax contributions to a 401(k). According to her story, about half of 401(k) plans allow participants to make after-tax contributions. These are contributions above the point of maxing out ($19,500 annually for those under 50, $26,000 for those 50 and over) up to an additional $38,500. In many plans, you can then convert that money to a Roth IRA or Roth 401(k) where it can grow tax-free forever. The key is doing the conversion very quickly, before the money has a chance to appreciate (since you’d owe taxes on that.)

Finally, even if after-tax contributions are not in the cards, there are many reasons why a more traditional Roth contribution or conversion should be. This episode of my podcast with guest Ed Slott (who pretty much knows more about Roths than anyone on the planet), and the follow-up IRA specific mailbag are worth a listen.

The other ProPublica story that caught my eye was this one about issues that some consumers are having with their Chime accounts. Chime, for the uninitiated, is a neo-bank – not a bank, actually, but a fintech company that acts as an intermediary (via, in this case, an app) between its customers and an actual FDIC-insured bank that holds customers’ money. Chime, which has grown to have 12 million customers, the story explains, has appealed to low-and-moderate income consumers because it doesn’t require a credit check, it offers two day advances on paychecks and tax refunds, and its app is easy to use.

The issue is that there have been more than 900 complaints against Chime filed with the Consumer Financial Protection Bureau since April 2020, and five times that many with the BBB, many of which involve accounts that have been closed for reasons customers don’t understand.  And when that happens, you can’t get your money – sometimes for weeks. Chime told ProPublica that these closures are largely an attempt to crack down on fraud.

The important point is that as neo-banks and fintechs gain steam, it’s important to understand a) what kind of institution you’re depositing your money with and b) what the terms of the arrangement are if something goes awry. Not that we all need to go back to knowing the teller at our local bank or credit union by name (although that’s nice, too), but when it’s your money,  it’s hard to be too trusting.

And While We’re Talking About Recommended Reading

If you’re headed back into work, beware of the confusing hybrid model that seems to be everywhere these days. It’s confusing because it’s not consistent, which is nobody’s fault, really, until it starts verging into toxic territory. What’s a toxic hybrid workplace? It’s one where the ground rules are so squishy you feel as if you’re running afoul of them even if you’re meeting all your deadlines, where meetings are carelessly and inconsiderately scheduled, and where – despite the “acceptance” of being hybrid – it’s pretty clear that you’re not going to be able to progress in your career unless you show up in person. Sound familiar? If you missed this conversation with the wonderful Lindsey Pollak, it might be helpful.

Back To School With A Bang (And A Budget)

Finally, thanks to those of you who reached out to say you want an abbreviated session of FinanceFixx for your recent college grads, to help them get a handle on their money. We’re still compiling a list of those of you who are interested and will get a session launched in short order. (Interested? Email us!)  Meanwhile, the next 8-week course for adults launches August 12. There are still a few spaces left, so if you’ve been thinking you’d like to head into the back to school season in firm control of your financial life, join us!

“With retirement several years off, FinanceFixx was exactly what I needed to make sure I was financially prepared for when I no longer work full-time. I was able to honestly assess my spending and prioritize what was important to me and find ways to save more. FinanceFixx gave me a clear picture of changes I could make to feel more financially ready for a new chapter in life.”