These Two Examples Illustrate the Magic of Compound Interest 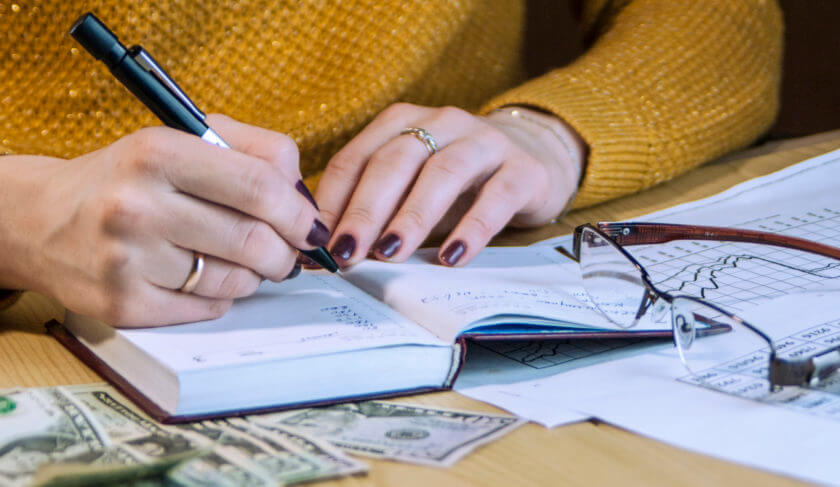 Never seen the power of compound interest? We bet these two scenarios will make you a believer (and possibly inspire you to open a retirement account!).

At first glance, “compound interest” may come across as an insider buzzword, but financial terms aren’t known for their first impressions — and in this case, it’s the closest many of us will ever get to the idea of “free money.”

If money is associated with freedom, then compound interest is one of the most useful — and relatively low-effort — tools out there to help people take control of their lives and reach their goals. The gist: You sock away a little money at a time, starting early, and automatically invest it — as well as any additional money it generates — in low-risk funds that follow the market. Historically, the market goes up, which means that over the years, your money should grow exponentially.

The strategy is simple: Sock away the money, leave it be, trust in the market’s historical upward trend and let compound interest do its work. “The results are incredible,” says Galit Ben-Joseph, a financial advisor for J.P. Morgan Securities. “This is how wealth is built.”

Why it’s a good idea to start now

In a way, the way compound interest works is similar to how a successful person worked hard to be good at what they do, says Eugenie George, author of Our Money Stories: A Six Week No B.S. Financial Wellness Plan. For instance, celebrity chefs don’t typically turn into industry heavyweights overnight — before being in the public eye, they train for years to make a name for themselves.

“This is kind of like compounding,” says George. “The end goal is [that] you won’t have to stress about it.” Putting in the effort to get started now can set you up for big success later on.

If you’ve been waiting to save until you check other financial to-dos off of your list — like debt or student loans — take a close look at your budget to try to find a few dollars here and there to sock away. Every little bit helps in the long run. For one compound interest example, if a 25-year-old started investing $200 per month (assuming a 6% return), by the time they turned 65, they’d have a nest egg worth $393,700, says Ben-Joseph. But if they’d waited until 35 to start saving $200 a month, even with the same rate of return, they’d end up with almost half that — $201,100 — by age 65.

Now is as good a time as any to sit down with your budget and figure out how to start (or boost) your retirement savings. Investor.gov has a calculator that allows you to test out different saving scenarios that work for your financial situation.

Another perk of getting started sooner rather than later: It can be smart to invest during a market correction (like the one we’re seeing now) since “it makes the compounding more effective,” says Ryan. “They’re able to buy more shares when they’re [priced] lower. So when the price goes up, it compounds even more.”

Check out these two compound interest examples to see how it works in real life.

One compound interest example from Ryan: Let’s say Sarah, age 20, invested $1,000 today. If she didn’t touch it until she retired at age 70, her money could increase by 32 times — meaning she could end up with around $32,000. (This assumes a 7.2 percent growth rate, which Ryan says is reasonable “based on the historical, long-term returns of U.S. large-cap stocks.”)

In another compound interest example from Ryan, let’s look at two different people saving and investing for retirement.

“Her money enjoys up to 40 years of growth from the power of compounding, compared to up to 20 years for Andy’s money,” says Ryan. “Since Andy starts saving later, he would need to save more than three times as much money as Carolina to end up with the same size nest egg at age 65.”

“With compound interest, you want to give yourself as much time as possible,” says Ryan. “The sooner you start saving and investing for retirement and any other goal, the more time you’ll have to take advantage of the power of compounding. It’s too good to put off — it’s free money in a way.”

Read more on saving for the future:

SUBSCRIBE: Get more money tips delivered to your virtual front door each week! Subscribe to the free HerMoney newsletter today.