This Week In Your Wallet: Leadership, Paychecks and Rules 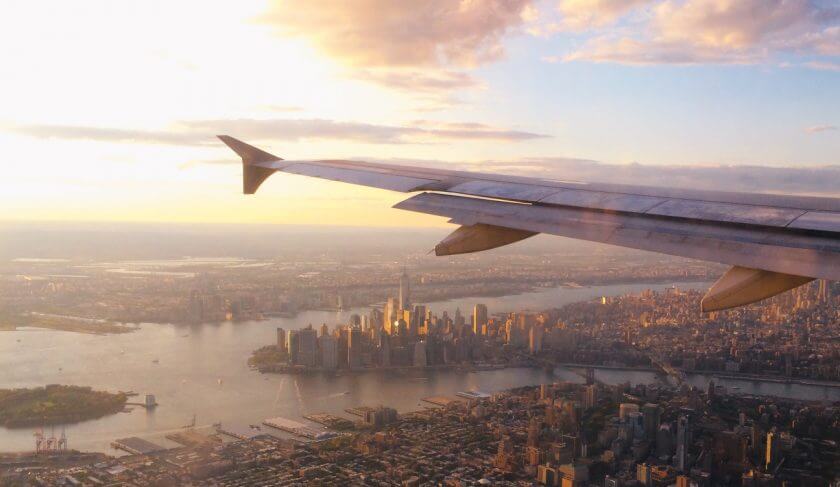 When’s the last time you checked your portfolio? If it’s been negatively impacted by the U.S.’s trade war with China, you certainly aren’t the only one. Yesterday, the stock market took its biggest single-day loss since January 3, and Trump’s decisions (and, yes, even Tweets) may mean rocky days ahead, writes Michelle Singletary in this week’s Washington Post. Whether or not you’re a fan of the president’s policies, the economic realities of the situation are the same — investors and consumers alike stand to lose money on the road ahead. Yesterday, Beijing retaliated against our higher tariffs with plans to increase taxes (by 25%) on $60 billion worth of Chinese imports. So, in addition to some wild swings in the market, you may want to get ready for some stalls in economic growth as consumers and businesses learn to navigate these changes.

On that note, this is a good time for a reminder that while it’s always a good idea to be an engaged investor, you shouldn’t make investment moves based on the market’s short term ups and downs. In other words, don’t let this China-inspired rockiness (or any other) spook you into selling off.  History rewards those of us who know how to play the long game. With that said, if you think you’re invested in stocks that are too risky for your tolerance — or have money in the market that you need in the short term — then it’s time to move some money to safety.

Speaking of stocks falling, shares of tech giant Apple are down more than 5% this week because the Supreme Court ruled on Monday that iPhone users can sue Apple for having “monopolistic behavior.” The class-action suit argued that consumers have been harmed because Apple doesn’t allow users to download apps from sources other than the iTunes App Store. They claim that Apple has stifled competition, and encouraged the raising of prices because they take a 30% cut of all App Store sales, possibly encouraging developers to raise their prices as a result. The Supreme Court didn’t take a stance on whether Apple was guilty of violating any antitrust laws — they simply gave approval for the case to proceed, since consumers purchase apps directly from Apple. Apple, of course, fired back in a statement, saying “the App Store is not a monopoly by any metric… Developers set the price they want to charge for their app and Apple has no role in that.”  If the suit is successful, app prices could fall. Eventually.

Ever heard of the 4% rule? Maybe you’re even abiding by it now. Essentially, the rule states that you can spend down 4% of your portfolio every year of retirement, and you won’t run out of money. But with rising healthcare costs, longer life expectancies, and future forecasts for lower returns on stocks over the next decade, is this rule now outdated? That’s the question asked by Allan S. Roth in this week’s Financial Planning. The answer is somewhat complicated, but in short, if half of your income is guaranteed — via social security, an annuity, etc. — and half of your expenditures are discretionary, you can continue to roll with the 4% rule, if you have a portfolio that’s made up of 50% stocks and 50% bonds. You just have to be willing to pull back on your discretionary spending when times get tough. Also, for folks looking for some additional insurance, Roth says simply, “I tell clients that delaying Social Security is buying the best deferred annuity on the planet.” For every year you delay collecting, you’ll increase your payments by about 8% annually — a rate that’s virtually impossible to beat anywhere else in the market.

Investing In Women In Leadership

This week, Fidelity (sponsor of the HerMoney podcast) launched its Women’s Leadership Fund (FWOMX), which has identified high-performing companies that prioritize and advance women’s leadership. These companies may have women in senior management, on the board, or that have specific gender diversity initiatives for the hiring, retention and promotion of women. While it’s wonderful that the fund has put a spotlight on these companies, it’s also meeting a demand — today’s investors (more than half) are interested in investing in companies that support women in leadership roles, according to a Fidelity survey. Meanwhile, 73% of women plan to put more of an emphasis on investing and learning about investing in the coming months. This is a significant number, particularly because the statistics around women and investing are sometimes bleak — women invest 40% less than men on average.  If you’re ready to level the playing field, start by getting your investing question basics answered, and check out some of the top tips for investing more in 2019. I also talk a lot about breaking through your money fears and roadblocks in my new book, Women With Money.

Hurricane season is coming. (And you don’t have to be a Game of Thrones fan to appreciate the importance of that statement.) Last year, a total of 14 different natural disasters across our nation cost the United States $91 billion, 2018 marked the eighth consecutive year with at least eight disasters costing in the billion-dollar range, according to the National Oceanic and Atmospheric Administration. But how, exactly, does all this impact your wallet, apart from the fact that our tax dollars are still hard at work on recovery efforts? Turns out millions of homes are underinsured against natural disasters, according to a CNBC report. Being underinsured is a slippery slope for homeowners, who are far less likely to stay current on their mortgages if something happens. Spring is a good time to do an insurance check-up, to make sure you’re fully covered. HerMoney has a run-down on everything you need to ensure you’re taken care of when it comes to home and auto insurance.

The majority of millennials — 62% — are living paycheck to paycheck, and only 38% feel financially stable, according to the Schwab 2019 Modern Wealth Index. Furthermore, 21% of working Americans aren’t saving any money at all, for retirement or otherwise, according to a recent survey from Bankrate. Although that’s certainly a bitter pill, I’m encouraged by the bright spots in the economy — unemployment is the lowest it’s been in 50 years (3.6%), and hourly earnings are up by more than 3% from this time last year. In other words, there are opportunities for those who have fallen behind to get ahead. With that said, it’s all too easy to find ourselves in a money-sucking cycle, where paycheck-to-paycheck living becomes the natural order of things. Thankfully, there are ways to break that cycle and stop living paycheck to paycheck once and for all.