This Week In Your Wallet: V.O.T.E. 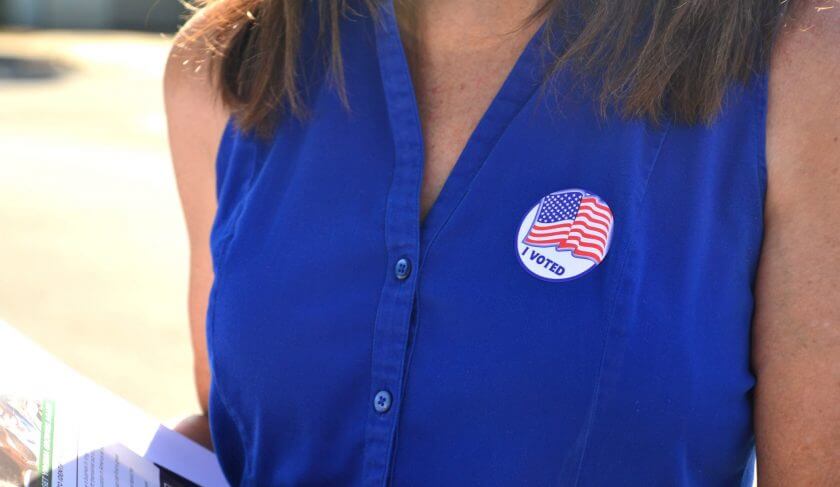 Have you voted yet? Do you have a plan to hit the polls before they close? Are you already sporting a sticker on your lapel?

If not, the rest of this will hold. Voting is the most important item on your to-do list for today.

Now we can tell you that there are more 401(k) and IRA millionaires than ever before, according to a new report from Fidelity measuring balances at the end of the third quarter of 2017. If you’re feeling like you’ll never get there, don’t. It’s more attainable than you think, says Greg McBride, chief financial analyst at Bankrate. “What it requires is not a fat salary, instead it requires the discipline of investing at least 10 percent of your earnings, year in and year out over the course of your career,” says McBride. In other words, if you want to be a millionaire (*insert game-show host voice here*), it’s a matter of discipline, discipline, discipline. And it’s not just the millionaires who are receiving good news. The average 401(k) balance hit a record high — $106,500 at the end of the third quarter, with the average IRA balance also rising to a record $111,000.

Some of the gains were attributable to a stock market that was chugging right along. But the report also pointed to several specific groups — including women and millennials — that have upped their savings game. Over the last year, 32.2 percent of female 401(k) investors increased their contribution rate — greater than the 30.6 percent of men who upped their contributions. The average balance for millennial 401(k) account holders: $82,000 — up from $20,600 five years earlier. We should probably stop underestimating millennials.

Granted, the markets have been volatile of late. Don’t get caught up in those short-term movements. Retirement expert Ed Slott agrees, advising investors not to get overly disheartened or discouraged by the fact that the downturn this past month may have wiped away some of those Q3 gains. “Retirement saving is a long-term event, and even though we have these downturns, you have to weather the storms and be prepared for the ups and downs,” says Slott. The lesson here is this: There will be downturns and scares, but it’s important that you contribute consistently toward your retirement savings anyway. In the long run, any fears you have will be eclipsed by the benefits you’ll reap.

Which is why it’s good news that next year you’ll be able to plow even more into your tax-advantaged retirement accounts. The IRS recently announced that the threshold for workers who contribute to to an employer-sponsored 401(k) will increase from $18,500 to $19,000, and the limit for IRA contributions will bump up to $6,000 per year. (Age fifty-plus workers can kick an extra $6,000 into their 401(k)s and $1,000 into their IRAs in the form of catch-up contributions.)

Have you ever wondered why some companies seem to jump to please you more than others? Although there’s certainly a part of this you can chalk up to corporate culture, a fascinating story from the Wall Street Journal reveals: It may not be them. It may actually be you. The piece shines a light on a piece of data called a “CLV,” or customer lifetime value. Basically, it’s a secret rating that’s given to you by companies like mobile carriers, credit card companies, clothing stores and even airlines, that measures your financial value. If your rating is good, it can be the gift that keeps on giving. The better customer you are (read: the more money you spend) the more likely companies will jump to attention when you call. If you’re left on hold for 45 minutes when trying to talk to customer service, it may be because your CLV rating is on the low side. If you want to see where you likely stack up, the Journal has a fun little widget that lets you estimate yours.

The Week In Holiday News

As we head toward the holidays, we’ll be bringing you updates on new bells and whistles (and of course, sales) that stores are rolling out to make your season a bit merrier. This week, Walmart unveiled a new feature, “Check Out With Me.” Basically shoppers will be able to avoid the endless lines by having store workers check them out in other parts of the store. (If you’ve ever shopped in an Apple store and been checked out right where you stand, that’s the idea.) Target is copying, and they aren’t stopping there. The retailer also just announced it will also be offering free two-day shipping, no minimum, on online orders over the holidays. Thank you, Target. (P.S. HerMoney.com is jumping into the deals game, too. Every day from now through the end of the year, we’ll shine the light on some great deals for everyone on your list, even your pet.)

Finally, we’re seeing a pop in birth rates and researchers looking for the culprits aren’t pointing to advances in fertility, a blackout or any of the other things you might expect. Call it the Cannibis effect. Researchers over at the National Bureau of Economic Research have found that since the passing of medical marijuana laws, condom purchases are down, and canoodling is up. Their analysis? More sex and less contraception gives behavior the advantage over biology.

What? You’re not receiving our newsletters in your own, personal, inbox? They’re the best way to make sure you stay on top of the events, happenings and research that effect your financial life. Sign up here.