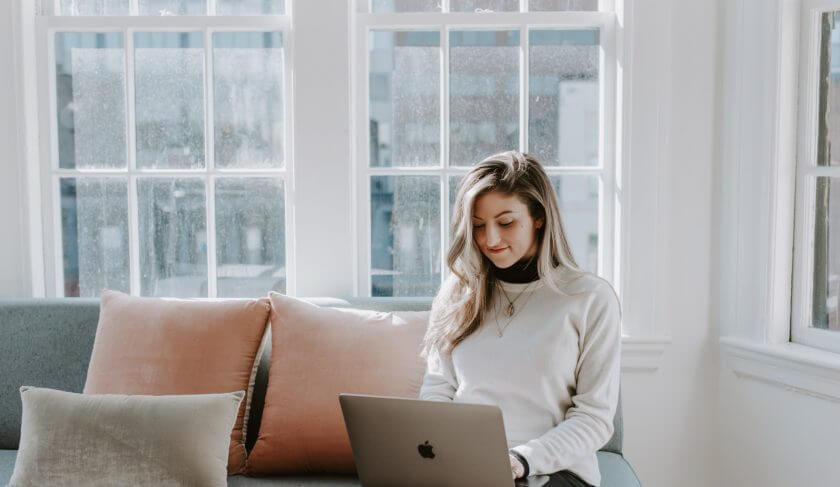 We’re not going to say we told you so. But… this week the Wall Street Journal was singing our song with a story on how women are profoundly reshaping the U.S. economy. No, we still don’t have pay parity with men, but we’ve made incredible progress over the last few decades — in the number of women in the workforce, with college degrees, in the C-suite… the list goes on. And this added financial power in the hands of women is shaking things up. As the Journal notes:  “Now, big household decisions from cars to home buying to retirement services are being remade as women have a bigger say in families’ financial choices.” Great, right? But although we are making some decisions to which we’d give a big thumbs up — using more of our money to pay down debt rather than buy things as compared to men — we also know that women aren’t taking as active a role in our investments as necessary. More specifically, women tend to leave more money sitting on the sidelines in cash (beyond emergency and retirement funds).  Putting it to work will help slam a lid on this gap once and for all.

Before we leave the subject of cash sitting on the sidelines, Fidelity (which, full-disclosure, sponsors the HerMoney podcast) made big news this week with its decision to move new clients’ money into a money market account with an average yield of 1.91% annually — far better than what’s offered by most other brokerages, which averages 0.2% on money funds and 0.09% on savings account balances. Fidelity began moving clients’ money in May, around the same time automated advisors Betterment and Wealthfront began offering more on cash by sweeping it to partner banks. Fidelity’s existing customers have the option to have their money moved into the higher yield account, too — just contact your advisor and make the request. Here’s the thing: Whether your money is in a bank or brokerage firm, there is no reason to be earning fractions of a percentage point. You can find rates that are 20x that just by looking. HerMoney has more.

A Margarita With That Medical Procedure, Please

The average American shells out just over $10,000 on annual healthcare costs, according to the latest numbers from the Department of Health and Human Services. But some of us have had enough, and are actually leaving the country in search of cheaper prices, as part of the growing trend in “medical tourism.” And it’s not just for elective surgeries anymore — a story from the New York Times this week highlighted a woman who hopped a flight to Cancùn for knee surgery (performed by her American doctor) and walked away with a $5,000 check — yes, a check — from her insurance company, because she saved so much money by electing to have her operation there. This isn’t an anomaly — a growing number of insurers are not only covering out-of country procedures, they’re incentivizing them, because they’ve also found a way to save money. In the U.S., knee replacement surgery costs an average of $30,000, and can easily be triple that. At the facility highlighted in Cancun, the final price weighed in at $12,000. Not only that, but the doctor performing the surgery was also paid three times what Medicare would have given him for performing the same operation in the United States.

I have to say, I’m absolutely rooting for the people who have found a way to get a deal on healthcare. But no one should have to board a flight to a different country to get the care they so desperately need. Even looking at the difference in price for one night in the hospital — $300 in Mexico vs. $2,000 in the U.S. — is enough to make you sick. But until we see radical change, medical tourism to foreign countries is expected to flourish.  What do you think?

Many of us have come to accept that college tuition costs are on a never-ending upward trajectory — over the last 30 years, the cost of a four year degree has increased eight times faster than wages. That’s why this year’s announcement from five private colleges that they would be lowering tuition costs by 16% to 57% for the 2019-2020 school year sent more than a few shockwaves through academia. But before you get too excited, know students may not see any upside at all. Essentially, many private colleges have historically liberally distributed scholarships and discounts to students, all of which help to chip away at the overall sticker price, so students almost never have to write a check for the advertised price. But with this move, schools are doing away with many of those scholarships and discounts at the same time they’re lowering prices, so the net cost for students will effectively stay the same. So, why make this move at all? The colleges are betting that a lower sticker price will inspire more applications from cost-conscious families who might have previously ruled their institution out due to their higher advertised cost. The big takeaway? You should always dig a little deeper into a school’s advertised cost, and don’t be shy about calling up a college’s admissions office and asking how much the average student should expect to pay — and the best avenues for your child to apply for as much financial aid as possible.

Finally, your online lover just might be a big fat liar. The FBI has officially issued a Cyber Alert due to organized criminals who have driven dating site fraud up by a whopping 70%, and last year swindled Americans out of $362 million. In other words, fraudsters are getting increasingly good at manipulating the heartstrings to swindle people out of their money, and they may only be one right swipe away from trying to make you their next mark. Thankfully, there are ways to expose these scammers so you’re not left broke and broken-hearted. One telltale sign is that they’re always unwilling to meet in person — perhaps they say they’re in the military, living overseas, or are stuck caring for a sick relative. But it’s 2019, people. Go get on a plane or a train or an automobile and make that meeting happen. Another indication that your love might not be who they say they are is that their requests for money usually start up right about the time “I love you” is introduced to the conversation. Always due your due diligence when looking for love online — thankfully, you can start with trusty old Google, including a quick reverse image search to check out their photo.

Get in There: Your Guide to Talking Investments In Any Social Situation