Women are Taking the Lead with Their Finances (And Retirement) 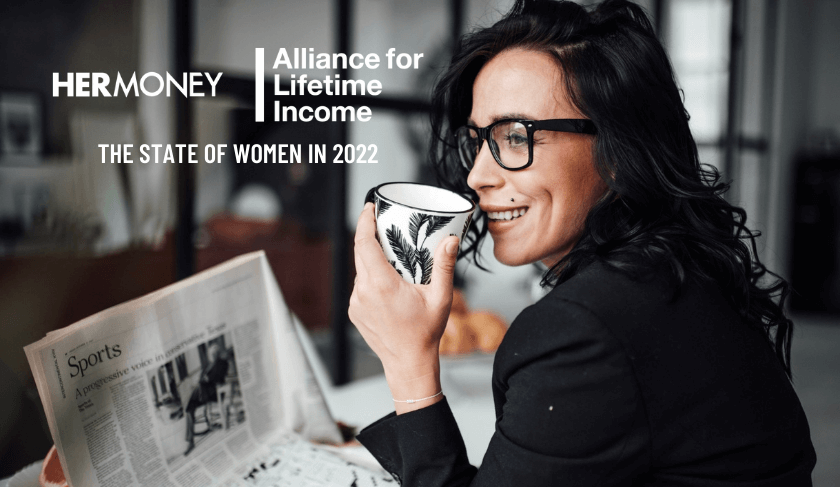 Women are breaking free from outdated stereotypes and taking charge of everything from household bills to investments and retirement savings.

Women are no longer taking a back seat when it comes to household finances. In a new world ushered in by COVID, they’re demanding more of a say in how the bills are paid and how money is saved and invested. It makes sense. Women earn more college degrees than men and work just as hard (if not harder) so why shouldn’t they want an equal say?

According to a recent HerMoney and Alliance for Lifetime Income survey of more than 1,000 women, 94% of women say they play a role in managing their household finances, investments and retirement planning. More than half have the primary responsibility for their finances and investments. This new financial independence is the clearest sign we’ve seen yet that overwhelmingly, women are rejecting the notion that finances should be left up to men.

“This research clearly dispels an old belief that women are the CFOs of the household but are somehow absent when it comes to investing and planning for retirement,” says Alliance for Lifetime Income CEO Jean Statler. “It’s inspiring to see these women take the lead on not only managing their household finances but also investing for the future and planning for retirement.”

WOMEN HAVE MORE TO LOSE

To put it simply, women have more to lose than men if they don’t take charge. How so?  Females live an average of five years longer than men, yet they earn less. As a result, they need to amass enough money to cover retirements that can last decades, with some of those years likely being spent alone. They also have more obstacles to overcome. For starters, women tend to be the primary caregivers for children and aging parents, which can take them out of the workforce for extended periods of time. That hurts their earnings capabilities, preventing them from saving for retirement and adding to their Social Security benefit.

Then there’s a lack of financial education that for decades has discouraged many women from entering high-paying finance jobs or having  the confidence to invest on their own. Add the gender pay gap to the mix and it’s no surprise then that achieving financial independence is stacked against women.  “It is so important that they take control, as the life expectancy for women is higher than for men,” says Jody D’Agostini, a financial advisor with Equitable Advisors. “Two-thirds of nursing homes are currently inhabited by females.”

Women who are financially educated and independent not only gain a better sense of security, they also have more confidence when making important financial and investing decisions. The ones who do invest tend to outperform their male counterparts. “With the divorce rate of over 50% and untimely deaths and disability, everyone needs to be able to support themselves should the worst happen. Financial planning is key to making this happen and women are very open to advice. In fact, they seek it,” says D’Agostini.

HOW ARE THEY DOING IT?

To make this newfound financial independence work, women are dividing the household chores with their partners more equally. Instead of doing it all (as they did for, well, forever) they’re increasingly enlisting men to share in the work. According to the HerMoney and Alliance for Lifetime Income survey, 66% of women said they share the chores, while 47% said they share in home maintenance tasks. There are, however, still 28% of women who are doing it all when it comes to cooking and cleaning for the family.

At the same time they are taking charge of their finances, women are also focused on improving the quality of their working lives. Of the females surveyed, only 60% think their workplaces are making progress in supporting female workers. Also, one-third of women either know or suspect that the men at their companies are earning more than them for the same job. Of the women who feel they aren’t getting paid enough, 17% think they are underpaid because of their gender. But there is good news: Women are in the driver’s seat when it comes to their career futures, and they know it. Of the women dissatisfied with their compensation, 39% plan to seek employment elsewhere. And we love hearing that, since now is a better time to get hired than we’ve seen in recent memory.

DON’T BE AFRAID TO ASK FOR HELP

Achieving financial independence takes confidence, commitment, and a desire to learn. Handling the household bills is complex enough, but when you add investing and saving for retirement to the mix, it can easily become confusing and intimidating. That’s why it’s important to learn and seek help when you need it. Women who aren’t afraid to ask questions and seek the advice of financial advisors tend to thrive in their journey to financial independence. Working with a trusted financial professional is key to building a successful plan that addresses both short-term and long-term goals.

“Making sure our income lasts for 20, 30 or more years in retirement takes some complex planning and should include sources of protected lifetime income that can last throughout life. So I tell all my female friends, ‘it’s time to take charge – and find a financial professional who looks out for your interests,’” says Statler.  “I will add that those financial advisors who ignore women, do so at their own financial peril.”

How The LGBTQ+ Community Can Feel Financially Empowered