Robinhood IPO: What to Know and How Small Investors Can Get In on the Action 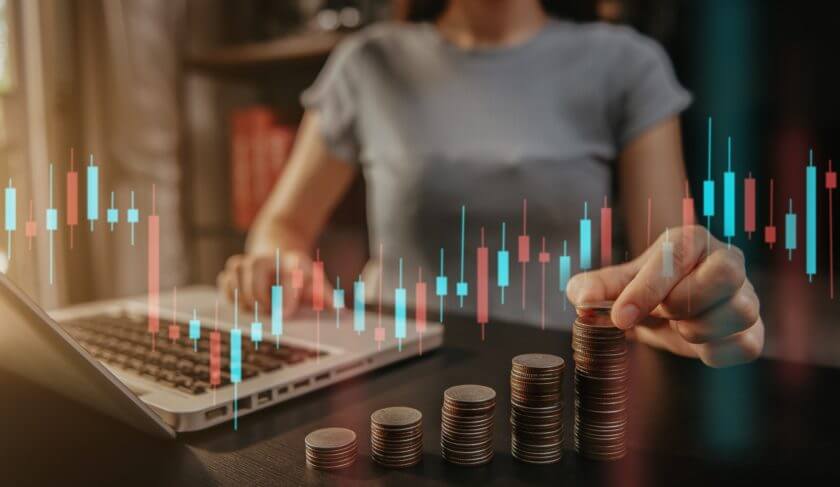 Financial app Robinhood talks about democratizing investing – and it’s doing something about it with its own initial public offering, or IPO. The broker is allowing its customers to participate in its highly anticipated IPO, scheduled to debut on the Nasdaq exchange under the ticker symbol HOOD on July 29, 2021. However, most customers won’t be able to take much advantage.

Robinhood’s move is a welcome change from the typical IPO, where the underwriting banks’ favorite clients and other privileged groups typically get the lion’s share of the offering.

But this access may not much matter to an average Robinhood customer, because they’re still unlikely to be selected to participate in the IPO. Here’s how Robinhood’s unusual IPO works and what your payoff for getting shares in the offering might be – and whether you even want to.

Robinhood’s hot IPO: Everything you need to know

Robinhood is conducting one of 2021’s hottest IPOs, and it’s one of the biggest in the biggest year ever for IPOs. Of course, Robinhood has had its share of fame – or notoriety – over the course of the year. Paramount has been its role in the GameStop short squeeze, in which it earned customers’ ire for restricting trading in the high-flying stock and others right as the frenzy reached fever pitch.

Now the app that long touted its ability to bring investing – or perhaps just trading – to the masses is itself hitting the auction block. But unlike a traditional IPO, where all the shares go to those with inside connections, Robinhood is reserving up to 35 percent of its stock to be sold to its own customers, through the company’s relatively new IPO Access program, which allows its customers to get in on IPOs. In this case, it’s Robinhood’s own shares that are accessible.

“It’s a positive thing and they’re reinforcing their own ecosystem,” says Sam Hendel, president and portfolio manager at Easterly Investment Partners in New York City. “They’re living up to their motto of democratizing the markets and giving customers access to the markets.”

Who is actually able to buy the shares is random, says the company. And a quick run of the numbers shows that any individual investor is likely to get very little even if the numbers look good for its own customers as a whole.

In fact, the IPO underwriters may reserve from 20 to 35 percent of the offering for Robinhood’s customers. With as many as 60.5 million shares being offered for sale, its customers would see about 21.2 million allocated to them in the most optimistic scenario. That sounds like a lot until you see how many customers the broker has quickly amassed due its no-cost trades.

Robinhood reports that it has 22.5 million funded accounts as of June 30. So if IPO shares were spread evenly across the entire number of funded accounts, each account would be able to access less than one share. Even if Robinhood selected just 1 percent of its clientele to participate in the offering, they’d be able to purchase less than 100 shares each on average.

So while the intention to spread access to an IPO may be good, the net effect of this move will be virtually nothing for almost all of Robinhood’s customers.

Hendel acknowledges this, but says, “The average Robinhood account is much smaller than at E-Trade or Charles Schwab, but access even to a few shares is much more meaningful than for customers at another brokerage.” He adds that Robinhood’s move may also keep these clients “more sticky” to the broker itself.

Like any company, Robinhood has a number of risks, and below are some of the biggest for investors.

Robinhood is expecting its stock to price from $38-$42 per share, giving the company a total market capitalization of around $35 billion. That looks like a heady valuation by most measures.

For example, Robinhood has assets under custody of about $102 billion, as of June 30. Meanwhile rival Charles Schwab reported $6.69 trillion in client assets as of year-end 2020. So what are investors paying for each broker’s client assets?

The table compares what an investor is paying for $1,000 of each broker’s client assets. As you can see, investors are paying a lot more Robinhood’s assets compared to Schwab’s. At the IPO price, they’re laying out $343 for each $1,000 in client assets compared to $19 at Schwab. Plus, Schwab relies on more diversified revenue streams, such as interest income, management fees for running various funds and managed portfolios, though Robinhood is looking to diversify, too.

Investors will also want some idea of how profitable Robinhood can be, though they may not get it. In 2020, the broker reported a profit of $7.5 million, after a loss of more than $106 million in 2019. The numbers for 2021 are going to look gnarly, however, due to accounting technicalities mainly, and management sees a loss of between $487 and $537 million in the second quarter, according to the recently revised prospectus.

Besides the accounting technicalities, the company identifies growing costs due to headcount swelling by 190 percent and increasing cloud infrastructure. Both are due to soaring customers, so they should be welcomed, at least as long as the broker turns a profit on these new clients.

Given all the moving numbers right now, it might be better to look at revenue, and that’s gone sky-high – up an estimated 129 percent in the second quarter (midpoint estimates). Soaring revenues in 2020 helped Robinhood swing from a prior-year loss to a small profit, so that may well be the case beyond 2021 if revenue continues to grow briskly. That said, 2020 was the first year that Robinhood actually did turn a profit, so its earnings history here is spotty.

Robinhood has a dual share class, a structure that many investors don’t like. A dual share class lets insiders own one kind of stock that has more voting power than what’s afforded to regular investors, entrenching insiders and giving them more control over the firm. But those are features, not bugs, for the insiders who benefit, as many recent tech IPOs have the structure.

In the case of Robinhood, insiders have access to Class B stock, which gives them 10 votes per share. Meanwhile, regular investors can buy Class A stock, which provides one vote per share. The CEO and chief creative director together will own about 15.8 percent of the total stock, but they will have more than 65 percent of the voting control of the company, given the structure.

So what they say goes, at least on matters that are put to a vote. This structure rankles many investors, who see it as a way to take their money without also giving them as much control.

Giving your own customers access to up to 35 percent of your stock in the IPO is a bold move. Will a huge chunk of these shares be sold on the market immediately? Will these client-investors look for an IPO pop on Day 1 and then sell if they don’t get it? Or are they here for the long term? How this group of investors reacts could affect the performance of the stock and similar future IPOs.

It’s not fully clear what the answer here may be, but if the IPO comes off successfully – defined as a rising stock in the subsequent days, weeks and months – it may prove interesting for other companies looking to raise cash from individual investors or through Robinhood’s IPO Access.

“It’s a little too early to tell whether it becomes a normal course thing, but with all the Reddit activity and retail investors in the market, companies may be looking to see whether they can access these investors,” says Hendel. “Having access to these distribution channels can be meaningful for companies raising money.”

And, of course, a rising share price would be good for Robinhood itself.

Investors should look carefully at Robinhood’s business model, which is heavily reliant on payment for order flow. Payment for order flow is a technical way to say that Robinhood is paid by trading firms to route its customers’ orders to them. These firms ultimately profit by charging investors a bit more on their purchase and deliver them a bit less on their sale of a security.

That’s a conflict of interest, of course, but many firms do it. But the real point for Robinhood is that this revenue stream comprised 81 percent of its total sales in the first quarter, according to the prospectus, as the SEC begins to look more closely at the practice while weighing potential actions. If the SEC makes significant changes, this could hurt the company’s business model.

However, Hendel sees the SEC as unlikely to make significant moves, though he says that if they do, it could be seriously detrimental to the broker’s business.

But even if rules on payment for order flow don’t change in a major way, Robinhood still depends substantially on high levels of trading activity. So it’s very incentivized to get its clients to trade, even if active investing tends to be less profitable for individuals than passive investing.

As is the case with any IPO, investors should ask themselves “Why is the company cutting the public in on the deal if it’s such a good thing?” and “Why conduct an IPO now?” In the case of Robinhood, the answer to the last question may be that the market is white hot, after more than a year of gains fueled by low interest rates, massive government spending and animal spirits.

So it may be less than surprising that a financial app that thrives on trading activity is using the hottest IPO market ever to help bolster its business while it has the chance. The fact that Robinhood is cutting in clients for a piece of the action may be less about democratizing finance than it is about selling its stock at terms that are very attractive to the company itself.

Author’s Note: Investing involves risk. Investing in stocks can be volatile and involves risk, including loss of principal. Consider your individual circumstances prior to investing. Diversification strategies do not ensure a profit and do not protect against losses in declining markets.