This Week In Your Wallet: When The Bubble Bursts 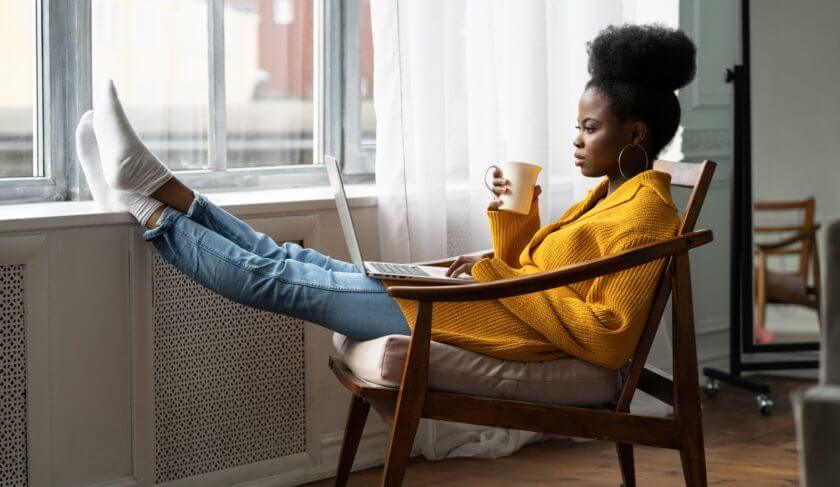 Not subscribed to HerMoney’s weekly newsletters yet? This is what you’re missing! Here’s a look at what we published in our “This Week In Your Wallet” newsletter, Tuesday, May 3, 2022.  Subscribe Today!

On Sunday, I had the privilege of joining other 27,500 runners for what’s called The Broad Street Run in Philadelphia, which, as the name implies, took me from Broad and Olney, straight down Broad — don’t call it 14th — Street to Citizens Bank Park. A full 10 miles. It took me past the restored Divine Lorriane hotel, around City Hall, and by bands and speakers blasting out Bruce Springsteen and the Rocky theme. And as I ran this not-so-little (Broad is actually one of the longest boulevards in the US) cross section of America, my thoughts turned to what’s really going on across Main Street America.

For starters, real estate prices that have been near-stratospheric — the median home price in the U.S. is nearly $400,000 — may finally be returning to earth. Why? A couple of things have happened in short order. For starters, mortgage rates are now at 5.25% for a 30-year fixed mortgage, up from 3% in January. (The Fed is set to meet on Wednesday to discuss another rate hike, which is expected to be half a percentage point; the biggest in more than two decades.) Also, spending close to half a million dollars on a house is simply an impossible buy for most Americans, and when most of the country is shut out of buying a home, then something’s gotta give. And all this is not just conjecture — mortgage applications and buyer traffic have slowed, and, as Mark Zandi writes in this week’s Philadelphia Inquirer, prices are likely to “decline meaningfully” in major markets. For prospective buyers, I know that day can’t get here soon enough.

And real estate isn’t the only thing falling. GDP declined at a 1.4% annualized pace during the first quarter, a sign that the country may be slower to recover from the pandemic than analysts were predicting. While many economists were quick to clarify that this number does not herald a recession (it has more to do with an imbalance of imports and exports; consumer spending actually held up), many others are sticking by their assessment that we’re headed for one by 2023, and that 50% of the market may be in a bubble that’s likely to burst. Add to this the fact that at his annual meeting, Warren Buffett blamed the financial industry for egging on risky behavior among investors, and described the market as “gambling parlor,” saying that much of the speculation is “obscene,” and you understand why unease among investors is growing.

Of course I think at this point you know my advice — if you’re a long term investor, get invested, stay invested, ride out the dips and valleys and try (really try) not to worry. If it’s been a while since you looked at your portfolio, take a look at where you may want to reallocate, paying special attention to sectors that typically perform well during a recession, including healthcare, consumer staples, communication services and IT, and utilities. And remember that sometimes doing nothing is the very best move of all.

Inflation isn’t just making the markets nervous — higher prices at the grocery store and at the pump may have pushed American households to their limit. As Sharon Terlep writes in this week’s Wall Street Journal, consumers are becoming less likely to absorb price increases, and are gravitating to lower-cost brands. Grocery shoppers in particular are increasingly seeking discounted products, and March marked the second consecutive month where spending declined on durable goods such as automobiles and appliances. Of course it’s not necessarily higher prices driving consumer cutbacks — as Lara Williams writes for Bloomberg this week, “between inflation, war, gas and Covid — and the specter of more problems on the horizon — it’s hard to be optimistic for the rest of 2022.” Some of us may be slashing our expenses as much as we can in order to prepare for what might be ahead. At HerMoney, we have a rundown on what’s really going on with inflation right now, and how to shop in order to save the most.

There’s good news on the horizon for people with frequent medical expenses, and those looking to build their credit — the three major credit bureaus are changing how they report information about medical debt and buy now, pay later (BNPL) transactions. Starting in July, any medical debt that went into collections but was eventually paid off will be removed from credit reports. Currently, medical debt stays on your report for up to seven years after you’ve paid it all off. Also, any new medical debt that you don’t pay immediately won’t hit your credit reports until a year after it’s sent to collection. (As it stands now, it hits your reports 180 days after going into collections.)

As for those BNPL companies, they’ll now be reporting your payment information to the three major credit bureaus, meaning that people who pay their loans on time could see their credit scores go up, and if you didn’t have a credit history before, BNPL could help you build one… But if you miss payments or buy everything using BNPL, your credit could take a serious hit. (If you’re new to the BNPL landscape, take a look at our explainer here.)

Crypto is getting a lot of attention lately, both good and bad. (Is it a bubble? Is it the future? Is it anyone’s guess at this point?) Fidelity Investments just announced that it will allow employers to offer their employees Bitcoin as an option in their retirement plans…. And here’s what could go wrong with that. As Michelle Singletary writes in the Washington Post, “I’m a skeptic of this speculative investment, even more so given current economic conditions.” It’s important to ask, she says, if we really need more uncertainty in a time where there is already so much of it rampant. Granted, employers would set a Bitcoin limit for their plans, so it’s unlikely that anyone could put more than a small percentage of their life savings into this asset, but the move has many experts asking questions about the risk of fraud, theft, and loss. (As a reminder, crypto isn’t regulated, it doesn’t provide protection for consumers, and consumer disclosure rules and regulations are virtually nonexistent. (And if you’re looking for the best crypto explainer ever, this guy has your back.)

And speaking of personal finance education, in just one week, our first HerMoney book,  How to Money, makes its debut, and it’s pretty much the perfect graduation gift for young people in your life looking to get their financial lives started off right. My co-author Kathryn Tuggle and I will be signing copies and handing out some pretty amazing swag next Tuesday the 10th in NYC, and we’d love to see you there if you can join us.

P.S. Are you still sharing your Netflix password with anyone outside your home? (Perhaps an ex is still streaming Inventing Anna on your dime?) Consider this a heads up that your extended network needs to start paying for their own account. Netflix will be cracking down on password sharing ASAP, in an effort to make up for lost revenue. They’ll likely start by sending an alert to accounts being used in different households, and then let account holders to elect whether to pay an additional fee, or give those hangers-on the boot. Just make sure you let your people know before making any changes — I can imagine few things worse than being halfway through Anatomy of a Scandal and abruptly getting locked out.