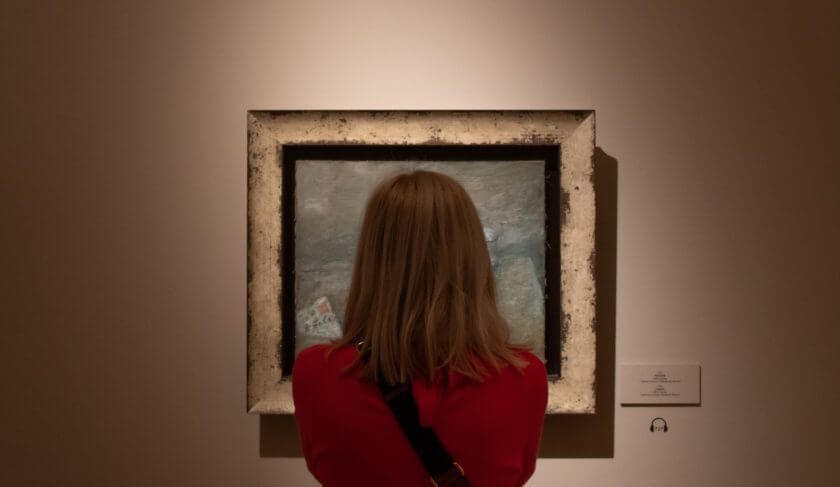 No, it's not your imagination. We spend $300,000 more than men over the course of our lifetimes. Here's why.

On the days when the dry shampoo just isn’t cutting it, I reach for my bottles of NEXXUS shampoo and conditioner. These products retail for about $18 each, bringing just the cleansing costs for my hair to roughly $36, every two months or so when I need to replace them.

That $36 is much higher than the $6 Dove’s Men’s 2-in-1 Shampoo and Conditioner I’ve seen gracing the showers of several of the men I’ve dated. If you’re doing the math, this means my hair cleanliness costs a whopping 600% more than the average man. (FYI, my brother and father are also fans of the 2-in-1.) And this cost doesn’t even include styling tools like straighteners, curling irons, etc., or hair masks, haircuts, color, and everything else that goes into maintaining my head. But my level of maintenance and expenditures is similar (if not identical) to many women in my life. And it’s a routine that we don’t even think twice about.

But it’s not just the hair. The truth is, it’s expensive to be a woman. Much more expensive over the course of our lifetimes than it is to be a man. Many of these costs are baked into our economy, our societal norms and expectations — even into our healthcare costs.

“The US is among the 24% of countries worldwide without a constitutional provision for gender equality,” says Katica Roy, gender economist and CEO of Pipeline Equity – a SaaS company working to eradicate gender inequity and bias. Over the years, different studies have tried to put a dollar amount on the cost of being a woman, and one study put the cost of beauty products alone at $225,360 over the course of a lifetime. (The headline read: “Vanity Costs Women Nearly A Quarter of a Million Dollars.” Ahem.) But we wanted to take a look at the reality of all the additional expenses women face, so we did a little HerMoney math. We hope you find it as enlightening as we did.

The Cost Of Living… As A Woman

Yes, my choice of shampoo means I’m paying 600% more than my brother for a clean scalp, but even when you consider cheaper brands for women, shampoo costs us 48% more on average. Let’s look at that over the course of a year, using our $6 per bottle men’s 2-in-1 as the baseline. A 48% increase would put our bottle at about $9. If you factor in replacing it every two months, that’s $18 over the course of the year. Not a huge difference. But when you consider that women start buying our own shampoo at around 18 and do so until we’re roughly 78 (the average woman’s lifespan in the U.S.), that’s $1,260 more we’ll be spending than men over our lifetimes. And that’s just shampoo.

Here are some other important figures we know.

Single women pay 2% more to buy a home. The average cost of a house in the U.S. is $375,000, which means single women can expect to pay $7,500 more to own a home than men, and that’s before we factor a mortgage into the equation. Why? According to a study from the Yale School of Management that looked at 50 million home sales over the course of 30 years, single women pay an average of 2% more for the same house as single men, and then sell it for an average of 2% less. For no reason other than a failure to negotiate. “Women purchase properties when they are listed at higher relative prices, and choose to list for lower relative prices. In addition, women negotiate worse discounts relative to the listing price,” the researchers wrote, referring to the issue as simply a “gender gap in negotiation.”

FYI, if you need help flexing your negotiating muscle, you’re not alone. We recently sat down for an incredible conversation with Jenny Just, founder of Poker Power, a company that teaches strategic thinking, decision-making skills and negotiation techniques to women. She walks us through how to get involved and essentially become sharks. Yes, please.

Scotland made news this week by becoming the first country in the world to make period products free for women. While we can only hope the U.S. follows suit soon, until then, women can expect to spend $1,920 on feminine care products throughout their lifetimes, an expense that men simply won’t have. (And your costs could end up being much higher depending on where you live and the products you like using. HerMoney calculated this figure by estimating $5 per box for tampons or pads, spent every month from age 18 to age 50, the average onset of menopause.)

Since we’re trying to keep all our estimates reasonable for the budget-conscious woman, we’re not going to dive into bags, shoes, or accessories. We’re just going to talk about shirts. Basic, essential shirts with which to clothe our bodies. According to the study From Cradle to Cane that examined gender pricing in New York City, women pay, on average, 15% more for shirts. If we assume that a woman buys a new shirt every two months, spending roughly $5 more per shirt than a man would, over the course of her lifetime, that’s a $1,500 difference. We’re not even going to go into wedding dresses, cocktail attire, or anything else… but since we brought it up, it’s also worth mentioning that dry cleaning services for women cost nearly double what they do for men.

It’s clear that extra costs are baked into countless everyday things for women. But let’s take a look at the bigger picture, and the bigger culprits.

Yes, we’re paying more for shampoo, pads and tampons… but what about everything else?

You’ve probably heard of the “pink tax” before, which puts a name to the depressing fact that personal care products marketed and sold to women are generally more expensive than those targeted toward men. We’re talking about haircare, razors, deodorants, shaving cream, body wash, lotion – the list goes on. (Imagine any pink razor or pink can of shaving cream, and you can see where it got its name.) The pink tax also includes services, like haircuts, which are typically more expensive for women.

A study conducted by the State of California in 1994 estimated that the pink tax costs women an extra $1,350 a year, which would be around $2,200 in today’s dollars. So, if we multiply $2,200 x the estimated 60 years women are responsible for paying for their own products, that’s $132,000 more spent than men. Again, for the same products. Just pink. (And TBH, I think sometimes they’re actually crappier. Give me a schick quattro any day.)

What the pink tax doesn’t include are products that are not marketed to men. While many men do love their cosmetics (and we love you, James) it’s still an industry with predominantly female consumers. A study done by online retailer SkinStore showed that women in the U.S. spend, on average, $300,000 on beauty products over the course of their lifetimes.

But let’s say we adjust for a far more budget-conscious woman who has never collected a single Beauty Insider point in her life, and we bring that total estimate for cosmetics down to a lifetime expenditure of $100,000. By the time you add that to the cost of the pink tax, and throw in the additional amount women will spend on things like clothing, home ownership and menstruation, we’re already looking at an additional $241,000 more to be a woman.

And that’s even before we talk about…

According to research from the Kaiser Family Foundation in partnership with the American Medical Foundation, women spend more annually every year for healthcare than men. According to the study, women aged 19-34 spent an average of $3,402 on healthcare costs in 2015, compared to the $1,891 spent by men. That’s a difference of $1,511 just for one year. If you only take into account those years (19-34) that’s an additional $22,665. And if we assume that differential holds true over a lifetime, we’re looking at $75,550 over the course of 50 years.

But why the difference? Numerous studies have shown that women routinely pay more for healthcare, largely due to female wellness visits, like gynecology appointments, and the fact that we’re the ones who give birth. For example, women who give birth can expect to spend about $13,000 for vaginal delivery without insurance, or about $7,000 with insurance. And that’s just the one-time cost to have a single child.

Of course no article on the cost of being a woman would be complete without also mentioning the gender wage gap, which means that for every dollar a man makes, a woman makes just 82 cents — and that’s the average woman. For women of color, the gap is much greater. Not only that, we live an average of 5 years longer than men, and caregiving responsibilities that women shoulder mean we’ll lose out on $324,044 worth of lost wages and Social Security benefits over the course of our lifetimes, explains Sarah Alter, CEO of NextUp, a non-profit dedicated to advancing women and creating more equitable workplaces.

Alter also cited a recent Harvard Business Review study showing that women in the workplace — not men — are called upon to devote excessive hours to non-promotable tasks that translate to an extra month of unpaid work every year. Read that again. Unpaid work. In the workplace. Just for women.

What can we do?

One of the best ways women can fight back against all of this is to invest. Statistically, we know that women invest 40% less than men. This is dangerous for our financial futures, since the gender wage gap means we’re faced with having to do more with less. But when we invest, we’re putting our money to work for us in the market. The average stock market return over the last 30 years is greater than 9%, and women need that growth to be there for us when we’re ready to retire.

We can also help elevate our fellow woman in the workplace, negotiate for higher pay, and so much more — Katica Roy joined us for an episode of the HerMoney podcast where she got tactical about the barriers that need to be broken. She also suggested a legislative measure we can support: “We need the Equal Rights Amendment because it applies first-principles thinking to gender equity,” says Roy. “It addresses inequity at the core.”

So, consider this your friendly reminder to get started investing if you haven’t already, invest more if you have the cash to spare, call your representatives, and meet with a financial planner while you’re at it. Oh, and maybe give some of that 2-in-1 shampoo a try the next time you see it in the shower. You never know.