This Week In Your Wallet: Protecting What’s Yours 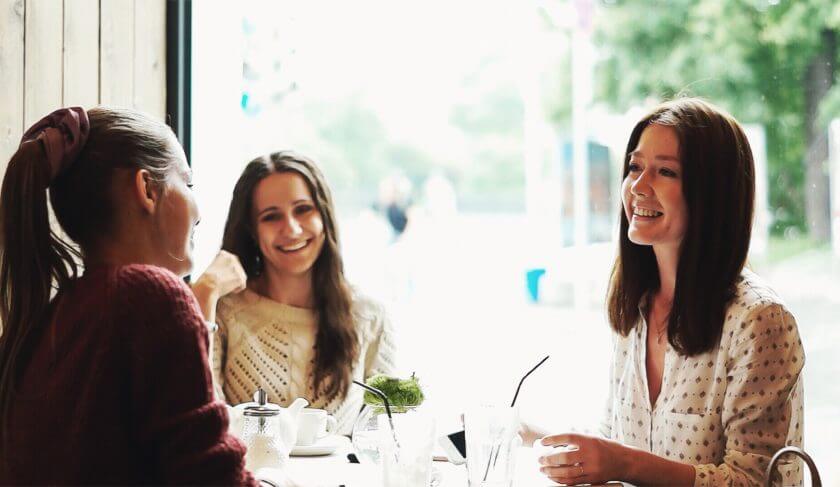 First, a word to our readers on the southern coast — we’re thinking of you. Stay safe, take shelter or evacuate as needed, and let us know how you’re doing. We understand that natural disasters are one of those things that you can’t fully appreciate until you’ve lived through it (and the devastation in the aftermath, which can sometimes last for years) so please know that you are on our minds.

Dorian (and the fact that weather-related natural disasters are increasing) should serve as a reminder to all of us — no matter where we reside — that it’s time to check in on our insurance, and make sure we’re fully covered for whatever life throws at us. If you aren’t 100% certain that your homeowners or renters policy will cover you in the event of a disaster, then it’s time to place a call to your agent or insurance company. Even if you have coverage, however, it’s important to understand that getting reimbursed for damage is a mixed bag.  Homeowners and renter’s policies generally cover damage sustained from things like hurricanes, storms, wind, fires and tornadoes, both for the property itself and your possessions inside. But damage from things like flooding and earth movements, like earthquakes, landslides, etc., is not included in these policies.  If you want it, you’ll need to purchase separate coverage.

And note that with any claim you file, your insurer can only cover what it can confirm you lost. That means you may need to update your inventory of possessions and document any recent home improvements. Thankfully, one of the best ways to document is also one of the quickest and easiest options available — a quick smartphone video, with some narration from you as to the make and model of your higher-end items, should do the trick.

So, review the policies, make the call, and breathe easy. Because the last thing you want to worry  about during an evacuation or disaster is “Will I be covered if the worst happens?” Get all the small stuff taken care of so you can focus on the most important thing of all — your safety.

As women are bridging the various gaps by becoming bigger contributors to household income, and surpassing men on college campuses, we’re still falling short in one major area — our own finances. That’s according to a new survey from UBS that found that just 23% of women worldwide take charge of long-term financial-planning decisions. More troubling, generationally things are trending in the wrong direction — 56% of millennial women defer to their spouse about money, compared to 54% of Boomer women. Why? According to researchers, it all comes down to the gender gap in financial literacy. Per data from Merrill Lynch, twice as many women as men in the U.S. have no money in the stock market, and 41% of young women say their biggest fear with investing isn’t market volatility, rather it’s the worry that they don’t know what they’re doing. On the upside, many women are working towards bridging the gap as we speak. Females now represent 46% of students enrolled in MBA programs, compared with 25% in 1980. And financial services firms across the country are hiring more female advisors to keep up with the increased demand from female clients. Much like the gender pay gap, we aren’t going to fix this overnight, but every step women can take towards controlling their own finances — with confidence — is a step in the right direction.  So, if you’re looking to boost your financial confidence, here are two suggestions: Join our private HerMoney Facebook group where nearly 10,000 women are helping, teaching and encouraging each other about all matters financial.  It’s our favorite judgment-free zone. And, if you’re not doing it already, take a listen to the HerMoney Podcast, my weekly conversation on investing, careers, relationships, saving a little more, spending a little less and the rest of your financial life.  It could be the back-to-school boost you’ve been looking for.

Although after reading this, you might wish it were.  Welcome to the rise of the “robotext.” Robotexts are (you guessed it) just like robocalls in that they’re sent to your phone by scammers, all of whom are in pursuit of your personal information that they’re hoping to use to steal your identity, clean out your bank account, and overall ruin your life. Last year, consumers filed 93,331 complaints about unwanted text messages to the FTC, up from 71,776 in 2017. In July, T-Mobile reported that it blocked a record number of spam texts — a whopping 1 million per day. Meanwhile, Verizon reports blocking nearly 500 million spam messages per month so far this year, double the numbers from 2018. Yes, yikes!

In many ways a robot text can be more dangerous — more likely to fool us — than an obviously-fake IRS robocall asking you to mail your ATM card to Zimbabwe. These days, doctor’s offices, schools, airlines and other businesses we know and trust all communicate via text, oftentimes with important links that we need to click in order to check-in or conduct a transaction. But clicking a link in a spam text can be incredibly dangerous, as can replying to it. Katherine Bindley offered a helpful run-down in the Wall Street Journal on what to do — and what not to do — the next time you get text spam. First, don’t click anything. Even if you don’t make it as far as entering your personal information, the links could lead to malware that can infect your phone. Second, don’t reply — even with the word “STOP” — as we are all wont to do. Replying with anything just confirms your number is in service, and the scammers may be more likely sell your “live” number to other scammers who will be relentless in their pursuit. Lastly, to prevent further texts from the number, simply forward the message to the number 7726 (SPAM), which will alert your cell phone carrier that you’ve gotten an unwanted message, and then block the number.

I was out to eat with a good friend of mine recently, and the service was… lacking. At the time, I voiced that it was “terrible.” My companion begged to differ, and said, “It’s not officially ‘terrible’ until I have to ask for something three times. Once we hit the three-request threshold, then I have to re-evaluate the tip.” And this got me to thinking that we all have our varying “thresholds” when it comes to service. Some of us hate running out of condiments. Others need to see their water glass at least one-third full at all times. I’ve known several people who loathe having to flag someone down at the end of the meal just to get the check.  And when we encounter these little annoyances — or something much worse, like a server who’s downright insulting — should it influence the gratuity we give? This week, the subject of tipping was tackled by the Washington Post’s Michelle Singletary, who wrote “there are few financial topics that can ignite a fiercer debate than the American practice of tipping.”

Specifically, when we feel we haven’t been taken care of, should we still be required to leave a 20% tip? Feelings are mixed. Some folks say they never leave less than 15%, because to do so would be to deprive a hard-working American of their earned income.  Some note — and I think it’s a good point — that often poor service is the fault of someone other than your server. Others advise taking a bad service experience up with a manager before you leave the restaurant, rather than simply stiffing your waiter — but this could ostensibly create much bigger problems for your server than just a bad tip.

As more states increase their minimum wage, there is a question as to what may become of tipping overall. Some restaurants, particularly those in larger metropolitan areas, are now “gratuity free” — or as restaurateur Danny Meyer has termed it, “hospitality included.”  But those restaurants are in the minority. Until tipping becomes inappropriate and outmoded everywhere, we’re all still left with our decision at the end of the night as to just how good — or how bad — the service really was. Although answers will vary depending on our own opinions and experience, I think perhaps Singletary summed it up best: “I have bad days at work, and I’m grateful that my pay isn’t docked for it.”