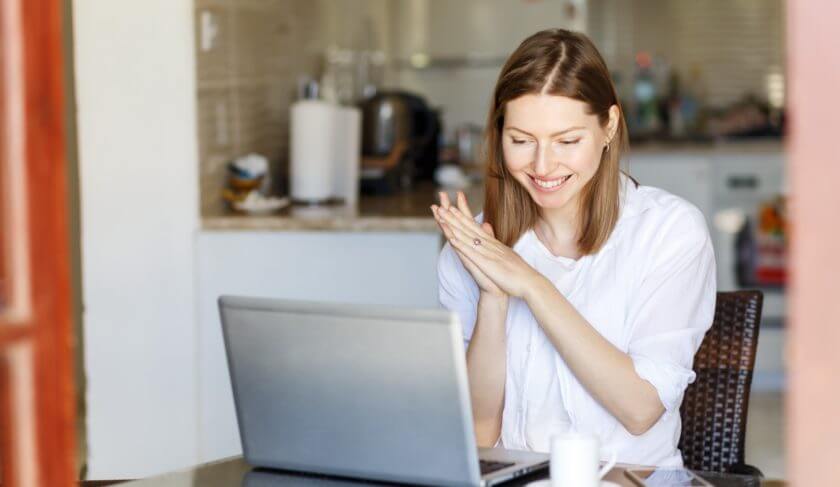 There’s a chance a recession is coming. Here’s a look at how you can prepare, from women who have been there.

Economic headlines as of late have put the possibility of a recession at over 50%, with some analysts projecting it’s likely to hit by the end of 2023. Others estimate we’re perhaps another 30 months out. No matter your thoughts on these projections, we know that historically, the next recession is always “just around the corner,” and it’s essential to be prepared for braving those economic storms, no matter when they strike.

For many professionals, the 2008 Great Recession is a not-so-distant memory — millions of women experienced the stress of a lost job, reduced hours, or a layoff, or watched their small business fail during that time. Thankfully, many women not only survived that downturn, they figured out how to pivot and thrive. We checked in with six of them to get their best advice on making it through the next downturn. You got this.

Think positively—and pivot if you can

When the 2008 recession hit, Susie Wang, founder and chief creative behind the beauty brand 100 Percent Pure, was anxious she would lose everything. As everyone struggled to make ends meet, she lost her major wholesale accounts, including Bath & Body Works, QVC, and Sephora. Since these accounts made up 99% of her business, there didn’t seem to be a silver lining in sight. She decided to shift her strategy to focusing on direct-to-consumer sales by driving people to her online business. Yes, the recession hurt her sales, but her strategy eventually paid off — today, web orders make up 90% of her business.

Wang says attitude and perspective go a long way. She urges everyone to think positively while coming up with solutions. “I was as nervous then as I am now, but remembering this helps. If you can, pivot your business to serve the current situation and economy,” she explains. During the pandemic, she pivoted again. “We paused manufacturing on our fruit pigmented makeup—which was our bread and butter—and instead started manufacturing sanitizers. Or, if you make a luxury product, consider making a more affordable version.”

Liberate yourself from all excess—and focus on necessity

You may recognize the CEO of the beauty brands purlisse and YENSA, Jennifer Yen. If you were a kid growing up in the late 90s and early 2000s, she was a big part of the hit TV show, “Power Rangers.” In 2008, she quit acting to pursue entrepreneurship. As she puts it, she was young, inexperienced, and didn’t see the recession coming. “Buyers, customers and editors responded well to our products, and I was thrilled, but by October 2008, sales came to a halt, fell sharply, and never returned,” she says.

In response, she decided to pull her products from the market in order to repackage, reprice and reposition the product line to reflect the state of the economy. Her former buyers—like Henri Bendel, Fred Segal, JD’s Cosmetics, and others—weren’t willing to take on the risk of a start-up brand. So, she turned to the idea of subscription beauty boxes, and started with a partnership with the powerhouse brand, Ipsy. Going this route, she was able to rebuild purlisse (and her career) dollar-by-dollar. Today, you can purchase purlisse products on Amazon, Walmart and Walgreens, and they are frequently part of Birchbox shipments.

Yen says the recession was deeply traumatizing, but she will never forget the hard lessons it taught her. The biggest one? The importance of liberating yourself from all excess and instead, focusing on what you need. “Even if you do have savings, we truly do not know how long our economic decline will be. Financial experts always say to live within your means, but I like to tell people to live below their means,” she recommends. “When our economy becomes healthy again, never forget this moment and always be preparing for the next downturn.”

Remember, this is still time for opportunity

In 2008, April White was interviewing for jobs at two different public relations firms. She was excited about the opportunities, until both firms decided they wouldn’t be filling the positions due to the recession. Then, she was laid off from the job she had. Like many others, she lived off of unemployment for a time while reevaluating her next steps. Two years later a former client of hers —Sotheby’s International Realty—reached out via LinkedIn, and asked if she would consider freelancing.

At the time, freelancing hadn’t crossed her mind but saying ‘yes’ ended up being a defining moment for her career. After working with the real estate firm for a few years, she ended up founding Trust Relations, her own PR agency. “Without the scary turn of events in 2008 that led to me being unemployed for a while, I don’t know that I ever would have broken out of the traditional PR agency world I found toxic, dysfunctional and dissatisfying. I might not have had the experience and confidence necessary to start my own firm,” she says.

She says to keep in mind that even in an uncertain time, opportunity still exists. “Have you always wanted to start your own business, but now seems like the most insane time to do it? Do it anyway, as best you can, with your current time, funds and credit line,” she says.

When Lulu Coredero thinks of 2008, she remembers it as the defining moment  that would shape her philosophies toward money, her career and business. At the time, she was an economic undergrad student at the University of Chicago, worried about her future ability to land a job. “Businesses weren’t really hiring and I needed to figure out how I could make lemonade out of lemons,” she says.

To pass the time, she pursued a passion project: formulating her own hair care products on the side. It was a hit. Today, she’s the CEO and founder of the popular brand just for curly-haired ladies: Bomba Curls. As the economy started improving, she kept the mantra ‘recession-proof’ in mind with each business decision she made.

During a recession, she says women shouldn’t hold back on investing in themselves. “I’ve always looked for additional ways that I could make myself stand out from the pack. I earned certifications and volunteered within organizations, all so that I may gain experiences that could help make me become more marketable in a slow economy,” she shares. “Whether that means going back to school or focusing on a side hustle to create an additional source of income, do that. You have to create opportunities for yourself that will help make you recession-proof and keep your income flowing.”

Ask for help if you need it

In 2008, Lisa Bien was working as the vice president of communications at a marketing firm. She remembers saying to a friend, “I guess we are the lucky ones. We still have our jobs.” But just a few months later, she was laid off. By the time the dust settled, she was an unemployed single mom going through her second divorce and was forced to declare personal bankruptcy.

She struggled with the decision to look for another full-time gig or to start her own business. Becoming an entrepreneur was never something she considered, but with no jobs to be found, she decided to put her skills to use, and create her own firm —  Bien Marketing Group. Her inspiration was simple. “My kids had to eat,” she says. For the next five years, she largely lived paycheck-to-paycheck, and ended up tapping her 401(k) to keep her family afloat. Today, she’s a successful motivational speaker, TV host and author. The experience taught her to develop a healthy mindset with money and to create realistic expectations about managing finances. But most importantly, to ask for help when she needs it.

“Filing for personal bankruptcy was not a reflection of me or my weakness; it was something I had to do because circumstances I could not control arose. The government has bankruptcy laws in place for a reason: so people can get back on their feet,” she shared. “People want to help. But you have to ask for it: your friends might not even know you need help. Remember, we are all human beings, and we all need help from others, so do not be afraid, embarrassed, or ashamed to ask for help.”

Figure out how to save money if you can

The tru impact of 2008 didn’t hit Elizabeth Harrison’s communications and events firm, Harrison & Shriftman, immediately. Her firm had clients including Juicy Couture, Jimmy Choo, Mercedes-Benz and Motorola, with nearly 70 employees working out of a trendy studio space in Manhattan’s fashion district. But in the fourth quarter of 2010, revenue fell off a cliff. Her firm made the decision to keep all employees on during this time, but they suffered as a result, and it took several years to rebuild the company to where they once were. Today, H&S has offices in New York, Miami, Los Angeles, and have worked with big names including Booking.com, Omega, Mama Shelter and Bacardi.

For those worried about the future, Harrison says that as long as you’re working, it’s a great time to save money. As best as you can, stowing away cash for a rainy day will help to minimize the brunt of any economic downturn we may face. “Remember that you are going to come out of this, and while your job or your company may look different, it may also have changed for the better,” she encourages. “Keep positioning yourself for the rebound, when growth can happen again. You want to be ready with the right network and the right mindset.”

9 Lessons to Know Before Buying a House