3 Women On Their Biggest Financial Wins 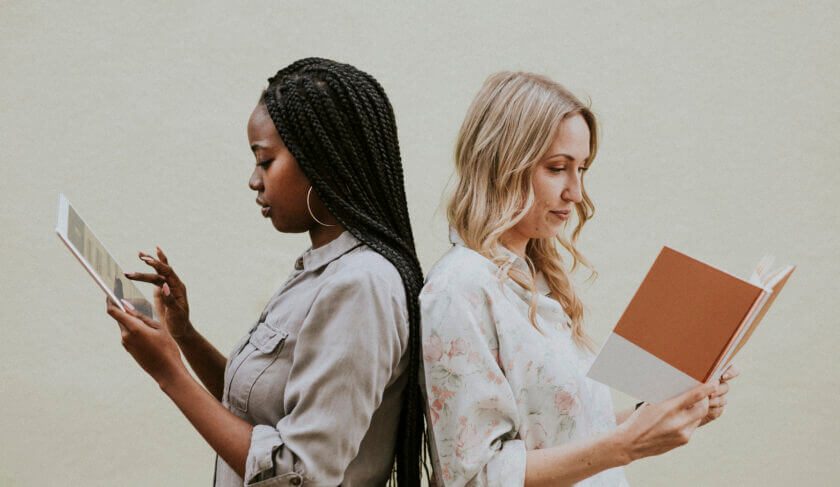 Financial wins can be some of life's most empowering wins. Here's how to get your financial life back on track and find success in 2023.

Do you have a budget? There’s no shame if you don’t — only 32% of U.S. households do. But that’s a problem. For example, 65% of us have no idea how much money we spent last month, and that “not knowing” can lead to feelings of stress, anxiety and dread at what might be on the horizon. No one wants to be afraid to take a peek at their finances — far from it! Our money lives should be something we’re able to look at often with confidence and readily embrace, with the knowledge that we’re on a path to a bright financial future.

Thankfully, even if you’ve gotten behind on saving or haven’t considered budgeting before, it’s never too late to start. But don’t take our word for it. Three women in the HerMoney community dish on their biggest money worries — and how they turned them into their biggest money wins.

MoneyType: Nurturer (Find yours here! You’ll be amazed at how many helpful insights your MoneyType can give you into your financial personality.)

Susan was struggling with $30,000 in credit card debt following her divorce. She knew she was behind on a lot of financial essentials, including budgeting, saving for retirement, and having an emergency fund — she was even struggling to save $1,000 for holiday gifts. At the same time she was faced with all of these concerns, she realized she also needed a new roof on her house — something else to worry about. Susan envisioned a future for herself where she could pay down her credit card debt, save for home improvement projects, and have a healthy emergency fund that could help her feel more prepared for whatever life throws her way.

Knowledge is power. It’s something we’ve all heard, but what does it mean, really? For Susan, it was signing up for HerMoney’s 8-week budgeting course FinanceFixx. “Budgeting is one of those things that people always say ‘I’ll get to it eventually,’ but then you just let it go. And I knew if I kept putting it off, I would look around in five years and find myself saying, ‘I should have done this! Why didn’t I do this?’” Susan says. “I love that these classes have forced me to sit down and look at my statements and have accountability to my coach, and to the rest of the group.”

“I had been constantly worried about money, but FinanceFixx has put me on a path to thinking about where I spend, and how I can turn some of that money into savings,” Susan says. Her AHA! moment came last month, when the heating oil truck pulled up for her bi-monthly auto-delivery to top off her tank. “It had been years since I looked at how much oil I was actually using, or when I needed those deliveries — and that auto-delivery was going to cost me $800,” she says. “Ordinarily, when that truck pulled up, I’d just start crying, but this time I went out and spoke with the driver and declined the delivery.” Now, Susan says she is using her wood burning stove more often, and keeping the heat down while dressing warmer. She’s in the process of calling around to other heating oil companies to get a competitive bid for future deliveries. Her efforts have already made a huge difference in her annual costs — all because she wasn’t afraid to challenge the status quo. Go, Susan!

Not having an understanding of all the ways she could be maximizing her money now, and failing to set herself up for the most successful financial future possible. Pati was worried that her lack of financial planning might mean she could become a burden to her children later on, so she decided to start by getting on a budget so she could see exactly where her money was going, and by building an emergency fund.

As part of the FinanceFixx coaching program, Pati used the budgeting spreadsheet program Tiller to look at her monthly budget and itemize costs for the basics, like utilities and housing, and also for the fun stuff, like dining out, clothing, and other non-essentials. “Since I’d hadn’t learned budgeting basics, I’d never learned the concept that if you have money leftover after a purchase, you should move it into a savings account,” Pati says. For example, if she expected to spend $100 on groceries, but then only spent $80, that extra $20 would simply be spent somewhere else, rather than saved. But taking a critical look at her money is what turned the tide.

“When I learned that you can and should move that extra money into a savings account, it changed my life,” Pati says. “I started doing weekly transfers into my savings account, and I now have the beginnings of an emergency fund taking shape.” At first, Pati says she felt daunted by the prospect of needing to have six months’ worth of living expenses in her emergency fund, but by tracking her expenses, she was eventually able to see how she could make it happen, in smaller increments of $5 here and there. (Rome wasn’t built in a day, after all!) Today, Pati not only has the beginnings of an emergency fund, she’s also saved $1,000 for presents for the holiday season, and says she’s actually having fun “making sure she’s putting money in the right places.” Her big secret? She says it’s looking at her budget once a week, rather than once a month. “When you look at stuff once a month, you may say, ‘Oh, I already screwed that up, and I’m way off budget, now there’s nothing to be done.’ But when you look at it weekly, you can actually make corrections quickly, and get back on course.”

It was tough for Sarah to say it aloud to herself: “I don’t budget.” Because while she was doing “just fine” financially, she found she had no structure or accountability with her finances. “I was saving and investing, but I was on autopilot,” Sarah says. “I don’t want to be the broke person who doesn’t get to travel in retirement because they haven’t saved enough, or because they’re saddled by too many other obligations that aren’t important.” Sarah knew she needed a greater understanding of her money in order to embrace the future freedom she craved with her finances.

As part of HerMoney’s  8-week financial coaching program, FinanceFixx, Sarah and her cohorts created financial vision boards for themselves, which are designed to help you dig into the feelings around your money and assess your financial priorities. “I realized that money gives you options, but you have to decide which of your options are the most important to you,” Sarah says. Sarah’s default with her savings had been to move it all toward retirement — but after creating her vision board, she realized that might not be the best philosophy. “There’s this instinct to say, ‘Oh, let me toss this into retirement,’ but the truth is you’re going to have financial goals that aren’t 30 years out. They might be 10 years out, or 20 years, and you’re going to need different buckets of money to tap into,” she explains.

Sarah says she finally has an understanding of the accounts she needs to ensure a successful retirement — “I knew there would be a time, between leaving work and my pension and social security kicking in, when I didn’t want to tap into retirement, but I needed money.” Sarah now has several different types of accounts, including a brokerage account, and is a member of the InvestingFixx club where she’s learning to choose stocks. And although she says she tracked her expenses closely for several weeks as part of the FinanceFixx program, she now doesn’t look at them as closely as she once did — but she’s still doing just as good of a job saving. “Every time I hit the Amazon ‘buy now’ button I think to myself, “I have to track this as part of my budget,’ which makes me stop and think about whether I really need it. Instead of one-click-and-buy, I’m being much more deliberate,” Sarah says. “And I can directly attribute this to FinanceFixx and going through the tracking exercises. I now feel like I have a roadmap that is going to allow me the freedom to craft the future I want.”

4 Money Strategies You Need To Prepare For The Holiday Season