Are You Falling Victim To Revenge Spending? 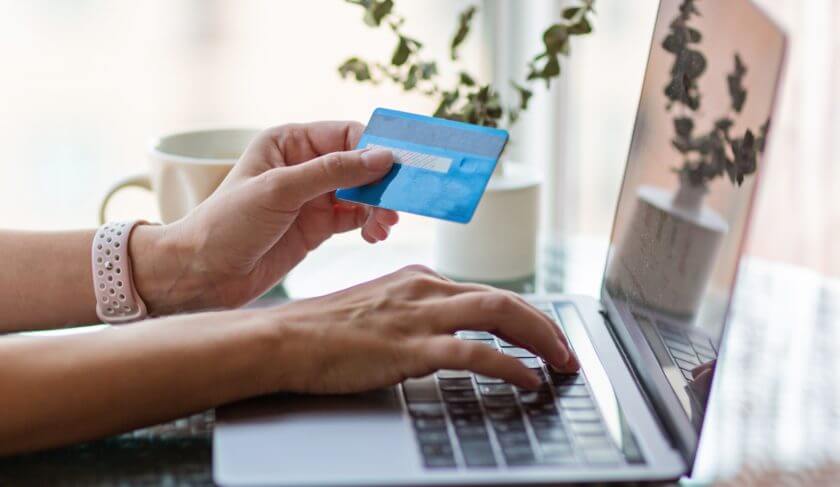 Revenge Spending Is A Thing. This Is Your Reminder: Don't.

Now that the end of the pandemic is in sight, you’re ready to make up for lost time. You’re saying yes to every invitation to dinner and drinks. When friends or family ask you about taking a trip, you reply, “Wheels up!” And, of course, you’re going to “add to cart” when you see a cute dress on Instagram because after such a tough year, you deserve it!

If this sounds familiar, you are falling victim to revenge spending.

Revenge spending is the new term for the spending we’re doing (or we’re about to do) now that the world is opening up. It’s that big vacation you book because you missed all the trips you had planned last year. It’s the new wardrobe you buy because you’ve spent over a year stuck at home in leggings or sweats. It’s the new furniture you get because you’re eager to invite friends over again or just because you’re tired of that sofa you were sitting on all day, every day in 2020.

Impulse spending is up by 51% from this time last year. Travel is up, too, of course. Memorial Day weekend the TSA reported screening more than 7.1 million people from Thursday to Monday — its highest traffic numbers since March 2020.

Some people haven’t had the privilege of revenge spending. Millions have suffered unemployment, wage reductions, furloughs, or the loss of a loved one who was the breadwinner of the family.

But many of those who were lucky enough to keep their jobs have saved money. “People who were able to hold on to their jobs and were working from home had some expenses going away for a while such as commuting, not having to buy any work clothes, not having to get their hair cut every few weeks, or maybe even had student loan payments suspended for a while,” Sheedy says.

And they may have had stimulus check or two to top things off. If you saved a lot of money during the pandemic, you may be ready to take off your mask, put on lipstick again, and go out and spend it all. But revenge spending – much like retail therapy – is hardly ever a good idea. Furthermore, our economy is facing a risk of inflation, Sheedy says. “So, if you are suddenly spending a lot, you might also be spending at higher prices.”

Does this mean you need to forfeit fun for the sake of your bank account? Of course, not! “We’ve been through a really hard time. Sometimes it’s good to have a little fun,” Sheedy says. “But have that fun in moderation.” Sheedy offers some practical tips on how to revive your social life without breaking the bank. “Instead going out for dinner, go out for happy hour,” she says. “So, you’re still socializing and still having that experience but you’re not spending as much.”

And if you want to take a vacation, you absolutely can. Just scour the Internet for discounts. “And go for a weekend instead of a week,” Sheedy adds. And if you’ve been spending trying to “keep up with the Joneses” – stop. “The Joneses aren’t going to be the ones paying your bills,” Sheedy says. “You’re going to be the one stuck with the credit card statements that have ballooned.”

Instead, create a budget based on what you actually want, not what you see people posting on social media. “Budgeting is about choices and prioritizing what’s more important to you,” Sheedy says.  “If you’re a traveler and you’ve been stuck at home for a year it might be really important for your mental health and wellbeing to get out and travel. But if you’re going to spend extra money on that, you might need to look at your budget and pull back somewhere else.”

Above all, keep saving money.  “The pandemic, like the Great Recession, really highlights the need for building an emergency fund,” Sheedy says. Work on having three to six months worth of expenses stashed away in a saving account or money market account.  “Think about your future self,” she adds.

Keep learning about money, too.  “We all know that the pandemic disproportionately affected women,” says Lauren Pearson, co-founder of The Wealth Edit, an online membership-based community for women looking to learn more about personal finance. “The number one thing we would want for women is to invest in themselves.” And no, that doesn’t mean splurge on a new designer bag. Invest the time in learning more about money matters and setting money goals.

“If you have a goal your chances of success are much greater than if you’re just randomly saving because somebody told you that you were supposed to be saving,” says Emily Lassiter, who co-founded Wealth Edit with Pearson.

Lassiter and Pearson are currently hosting a free challenge they’re calling the #goodwithmoney challenge that encourages participants to save $5,000 this summer and learn useful money management tips along the way.

Lassiter’s hope is that the challenge will encourage more mindful spending. “What we’re trying to do is bring a mindfulness to spending that maybe we haven’t had in the past and somehow find that happy medium where we’re being thoughtful about what we’re spending but also spending in a way that we get to do the things that we want to do,” she says.

And if you’re focused on a goal, Lassiter says, you’re more likely to evaluate what you spend on a day-to-to-day basis. “Do I really need that shirt that just popped up Instagram,” Lassiter says, “or do I want to take my kids on a vacation that they will never forget?”

Yes, You Can Save Money This Summer (We Promise!). Here’s How