Meeting The Crippling Costs Of Childcare 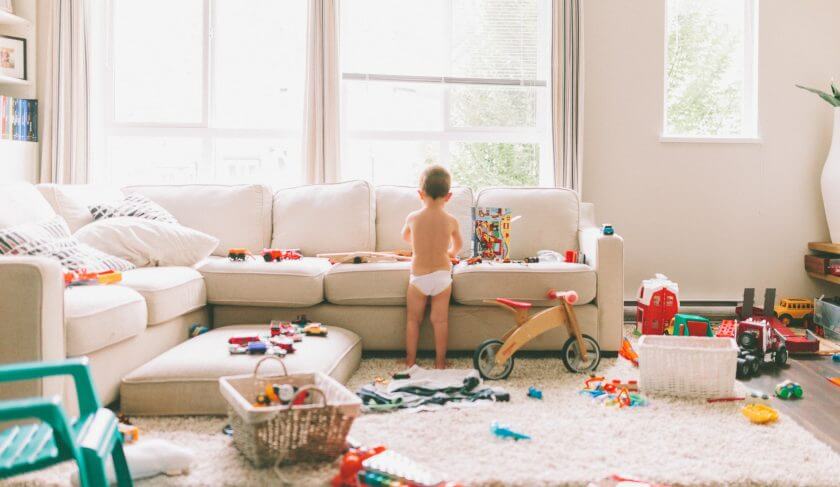 We asked moms how they're dealing with childcare costs. Here's what they had to say.

A recent Care.com survey found that childcare costs are having a massive impact on the well-being of American parents. The average national daycare rate for one child is over $200 per week, while an au pair or a nanny rings in at $367 and $565 each week, respectively.

Not surprisingly, that huge financial burden affects all areas of parents’ lives. The study found that one-third of parents went into debt to cover childcare costs, and 40 percent say that childcare costs have caused tension in their relationships.

With childcare costs at the forefront of many family conversations, we talked to moms about the way that childcare (or lack thereof) influences their lives.

The Impact of Daycare

Tammy Havlir, of Claremont, New Hampshire, is a nurse with four children. Figuring out who will watch the kids has become a primary concern in every decision she and her husband make.

“Every single employment decision I’ve made since having children has been 99 percent based on expenses and availability,” she says. Havlir once turned down a full-time position in favor of a per diem role that gives her more flexibility. She isn’t alone: two-thirds of parents say that childcare has impacted their careers, and 23 percent have downgraded to a part-time schedule to better handle costs.

Havlir tries to alternate shifts with her husband, but she still pays about $230 a week for childcare. In addition to dictating what jobs she can take, childcare has also impacted Havlir’s education. She recently had to put nursing school on hold because of the added childcare costs involved.

Katherine Martinelli has two kids in Brooklyn, New York. She gets a lot of fulfillment out of her work as a writer. However, she also struggles to balance her ambition against the huge cost of childcare.

“I am fiercely dedicated to my career, but I also don’t feel that I can justify forking over a big part of my salary to have someone else watch my kids,” she says.

She pays $642 per month to have her older son in preschool for two full days, while she is home with her 6-month-old, often working with the baby in tow of while he naps.

Despite the fact that her husband is a doctor, the cost of childcare has a big impact on the family’s budget and limits how much Martinelli focuses on her career at the moment.

“If I felt that we could afford it, I would definitely have more childcare,” she says.

LaToya Jordan, also of Brooklyn, works a traditional 9-to-5 job, and her husband has similar hours as a teacher. The couple has one daughter who recently started preschool, but before that they were spending $450 a week on a nanny share with another local family. The situation allowed them the one-on-one care of a nanny and gave their daughter a playmate, but Jordan said that the cost was a problem.

“We used to look at each other and ask where all the money came from to fund the nanny share,” she says.

It impacted Jordan’s family planning. She and her husband initially wanted two children two years apart but realized that they would have to wait until their daughter was in school to afford childcare for another baby. They’re not alone: Twenty percent of families say that they had fewer children than they would like because of the cost of childcare.

With childcare affecting all areas of life, many parents go to extremes to find a solution that works for them.

Shannon Leone Fowler is a single mom of three kids in London. To complete her recently-published memoir, Fowler did anything and everything she could to find time to write, including flying from London to California so her family could watch the kids during summer vacation.

“I’ve cobbled together all different kinds of childcare in order to write: I’ve had friends take my kids for playdates so I can finish editing, I stay up until 2 or 3 a.m. to meet a deadline, (I’ve) guilt tripped my parents into making visits to help out,” she says.

She admits that it’s exhausting.

“I get zero downtime,” she says.

Nicole Glover, a mom of two from Newport, New Hampshire, made an opposite decision, taking on nearly all the childcare and household work so that her husband could have two jobs, allowing her to stay home.

“It does get incredibly exhausting being almost like a single parent for the majority of the week,” she says. “I end up having to be the one to discipline, the one to potty train, the one to enforce manners and the one to be up with them at night.”

But she and her husband both agreed that having a parent at home — and keeping childcare costs low — is a priority.

“For both of us, though, it is worth it because there is no way financially we could afford to send both girls to childcare,” she says.