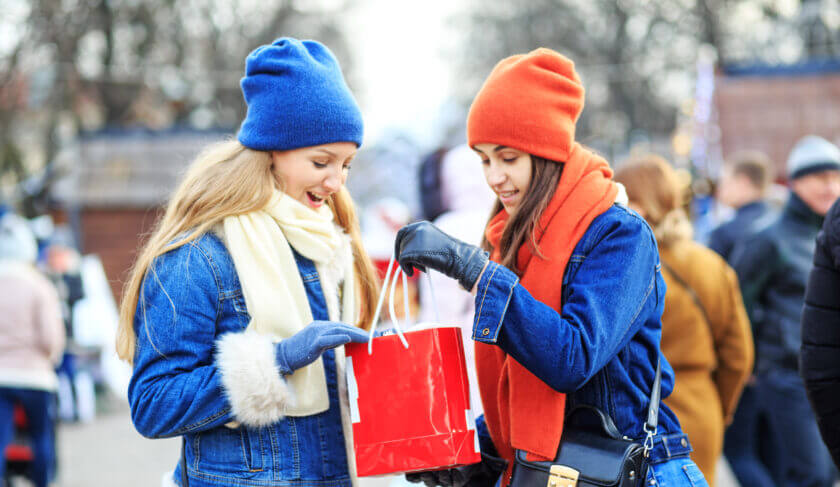 Inflation is the Grinch this year. But you don't have to let it steal your cheer. Implement these smart tips to save this holiday season.

You might be tired of hearing about it, but inflation continues to pop up in the news, conversations, and seemingly everywhere in general. Since we’re nearing the end of the year, it’s time to think ahead to the holiday season. Just like other areas of life, the holidays will most definitely be impacted by inflation. Let’s have a look at some of the impacts you can expect to see this holiday season, along with some expert advice on just what to do about it.

According to Bankrate’s brand new survey, about 43 percent of us in the United States have travel plans over the 2022 holidays. However, a whopping 79 percent of those traveling have adjusted those plans because of inflation and ever-increasing prices. Those adjusted plans include things like reducing the number of nights on vacation, cutting back on excursions, and choosing cheaper stays overall.

Ted Rossman, Senior Industry Analyst with Bankrate, observes, “High inflation, high demand and constrained supply (because airlines are still dealing with staffing shortages and reduced flight schedules) are combining to make this an expensive holiday travel season, especially for air travel.” In light of all this, he recommends booking holiday air travel ASAP.

HOW TO HANDLE HOLIDAY TRAVEL PLANS

Rossman advises that you don’t wait too long when you’re booking a rental home through sites like Airbnb or Vrbo, either. He says that short-term rentals “tend to go fast (especially in popular areas) and cater more to leisure travelers.”

On the other hand, Rossman says hotels may offer price cuts as you get closer to your travel dates—as long as they’re not already booked up. You could use websites like HotelTonight if you have tons of flexibility and aren’t picky about where you stay.

Rossman advises that you instead book now, saying, “Sooner is best, in my opinion, but reserving accommodations far in advance isn’t as critical as airline tickets. Remember that hotels often won’t charge your credit card until very close to check-in, so there’s a good chance you can reserve now and pay much later.”

Rossman is a big proponent of putting credit card rewards to good use: “Review how many points and miles you have and look to put them to work as soon as possible to offset high travel costs.”

If you don’t already have a travel rewards credit card and you’re planning to drive to your holiday getaway, Rossman recommends the Sam’s Club Mastercard or the Costco Anywhere Visa. Both offer cash back at gas stations (five percent and four percent, respectively). Rossman notes these branded cards offer the best rate when you fill up at the stores, though you can still reap the cash back benefits from other gas stations. Other cards worth looking into for earning rewards at the pump are the Citi Custom Cash and the PenFed Platinum Rewards Visa Signature Card.

However, Rossman issues a word of caution with credit card rewards: “Just make sure you’re not carrying a balance, overspending, or committing to a high annual fee that won’t be worth it.”

PEOPLE ARE TAKING ON TEMPORARY JOBS

Another big change to the holidays this year? More people are thinking about getting a temporary job for the season.

Indeed Flex found that about 12 percent of adults here in the United States are on the hunt for a temporary job for the holidays. Another 14 percent intend to start searching for a temp job while another 28 percent of people are at least contemplating the idea of getting a seasonal gig.

Survey participants gave a few reasons behind their search for a temporary job this season. For one thing, they want to add a bit more money in general to what they’re already earning. Other people are specifically hunting for a temporary side gig so they’ll have more funds for presents over the holidays.

Some folks are choosing to take on another job to push back against inflation during the holidays. But there are other strategies you can put into play as well.

For one thing, Trae Bodge, Smart Shopping Expert at Truetrae, advises that you “create a holiday budget and try to stick to it.” She recommends using Notes on your phone to list who you’re buying gifts for, ideas for gifts, and “a general spending target for each person.” You could also plug in entertaining, travel, or other holiday-related expenses. And don’t forget to look at ways to trim those holiday costs, like going digital with your holiday greeting cards.

Bodge also suggests getting an early start on holiday expenses. One benefit is you can spread out the cost over several pay periods. Starting your shopping now also gives you more time to spot deals. Bodge explains, “A good example of this is using a savings site like Slickdeals.net…The site has a feature called Deal Alert, which allows you to enter the names of specific items you want to buy and will alert you when those items go on sale, saving you time and money.”

If you’re traveling by plane, it’s a good idea to book now to avoid paying even more for your holiday travel. Same goes for renting a home and, to a certain extent, booking a hotel room. Though inflationary changes this holiday season are pretty much unavoidable, you can be proactive by putting together a holiday budget, putting credit card rewards to good use, searching for deals, and even taking on a temporary job. With these tips, you’ll be merry all holiday season long, despite inflation.

Read More On How To Save During The Holidays:

The Best Inflation Risk Moves To Make With Your Money