Newsflash: The F***ing Latte is a F***ing Metaphor 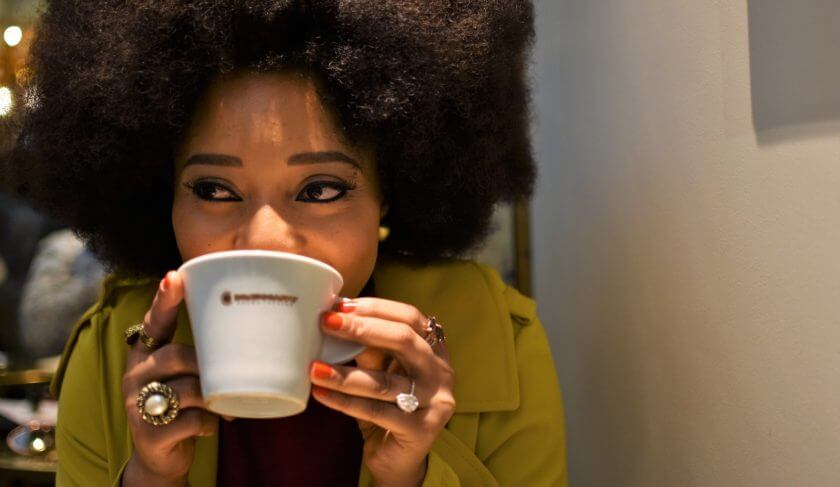 It was never really about the coffee.

If you’ve been paying attention to the personal finance world over the past month or so you know there’s trouble — quite literally — brewing.

First, Chase took to Twitter and chastised millennials for eating out, taking short cab rides and purchasing their coffee every morning rather than making it at home. The Twitterverse erupted in takedowns, including a particularly epic one from Elizabeth Warren: “@Chase: why aren’t customers saving money?…  “We lost our jobs, homes, savings, but gave you a $25b bailout.” Chase put its tail between its legs and took the tweet down.

On the heels of that gaffe, best-selling author David Bach released a new book based on his longtime schtick, The Latte Factor. You probably know how this goes: If you didn’t buy that $5 cup of Joe every weekday morning, it would add up to $25 a week, $108 a month and $1,300 a year. And if you then invested that money instead of ingesting it, in a decade you’d have $22,500, and when you retire in – say – 45 years, you’d have over a million. (By the way, this is all assuming a conservative return of 6.5%. The 10% return so often used in examples like this is way out of line, as is the idea that you’d start doing this at age 21 or 22, but we’ll get to that in a moment.)

Finally, last week, a CNBC clip of Suze Orman began gathering steam. In it, she, too, advises making coffee at home, and notes that $100 a month in a Roth IRA over 40 years is $1 million.  “So you need to think about it as you are peeing $1 million down the drain after you are drinking that coffee,” she said.

The outrage has been plentiful and widespread, popping up on Eater, CBS News, and plenty of others. My favorite: Ellevest CEO Sallie Krawcheck wrote in Fast Company, “Is it me, or is the whole latte thing patronizing?” She even had the words “Just buy the f***ing latte” emblazoned on mugs, and is now selling them on her website.

There are three things I’d like to add to this chorus:

First, when you’ve been talking about personal finance as long as I have, you hate the coffee example. I’ve been hearing this one for the last 30+ years, and always try to substitute other crafty and clever ways that real people can save real money on a daily basis, but it’s a challenge. Netflix and other streaming services don’t really work because we only pay for them once a month. Taxis and Ubers are a possibility, but they only apply to an urban audience. Lunch is actually the closest substitute, even though that brown bag can be so depressing. But Americans spend an absurd amount of money on food. The average American household earns about $75,000 before taxes, and spends $7,200 on food, according to BLS data — $3,200 of that on eating out. We also throw a huge amount of food away.  The point is that, while frustrating, consumables are a pretty great place to start paying more attention to where your money is going if you’re looking to make a dent.

Second, I often buy my morning coffee, and I love embracing that small treat in my daily life. If you get joy from your morning cup of joe, then continue to enjoy it. In life — just as in many of the segments and stories I’ve done over the years — coffee is just an example of something you don’t have to buy, but that you choose to buy. It’s a discretionary purchase that you make with your discretionary income. It was never really about the coffee. Your “coffee” could be a smoothie. Fancy socks. In-app purchases. Pick your poison. The real point here — the one I tell parents is the most important financial lesson to instill in their kids — is that money is a limited resource. And we all have to choose how we want to use it. What we should all be caring about is that we manage to save something — which a good 20% of people aren’t doing at all, according to Bankrate. Based on that, the recent Federal Reserve report showing that 40% of Americans wouldn’t be able to come up $400 in the event of an emergency isn’t all that surprising.

So, what’s the solution? Rising wages would certainly help — allowing workers to better afford healthcare and education along with these smaller pleasures.  But in the interim, try going old school: Track your spending. Just for a month, do it. Yes, it’s tedious, and yes, you’ll have to pay attention to money that flows through the apps on your phone as well as your plastic and the cash you still occasionally (if rarely) pull out of your wallet. Do it with pencil and paper, or keep a list in the notes app on your phone.  It will open your eyes to where your money is going in a way that nothing else ever will. Then use that information to decide what you want to spend your money on, what’s worth it to you, and what isn’t.

If you decide that coffee is on the list? Then maybe I’ll see you at Starbucks. I’m the Grande misto – with just an inch of 2% milk, please, and two Sweet & Lows.   And if not, choose your own f***ing metaphor.

This Week in Your Wallet: Another Day, Another Hack, Plus Interest Rates On The Move?