Why Frugal February Is Our New Favorite Month 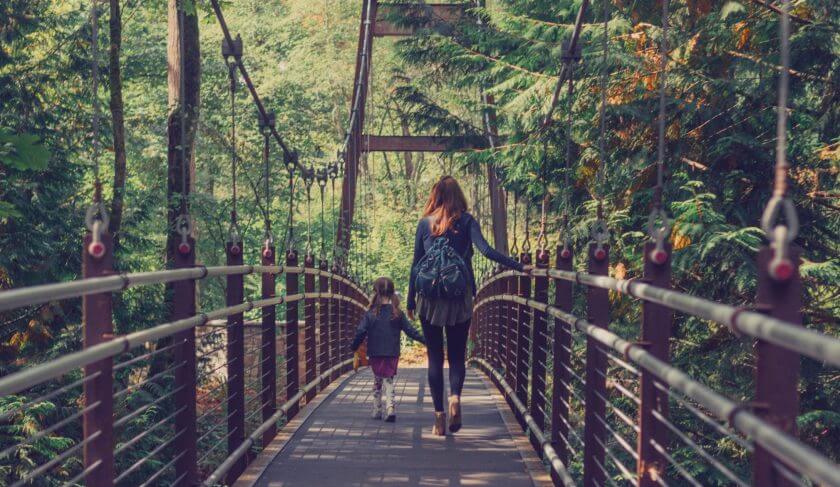 Not subscribed to HerMoney’s weekly newsletters yet? This is what you’re missing! Here’s a look at what we published in our “This Week In Your Wallet” newsletter, Tuesday, Jan. 19, 2021.  Subscribe Today!

This Week In Your Wallet: The Warm Fuzzies

Today’s edition of This Week In Your Wallet was written by HerMoney Editor-in-Chief Kathryn Tuggle. Jean Chatzky will be back next week.

If scenes of Black Friday shoppers scrabbling for flat-screen TVs leave you with a sick feeling in the pit of your stomach every November, allow me to introduce you to the warm fuzzy of Frugal February.

Unlike so-called “shopping holidays” that were invented by marketers looking to gobble up more of our hard-earned money, Frugal February offers hope for a financial reset during a short month — a month that many people find themselves running low on cash since there’s often one fewer pay period. Plus, February’s brevity gives us the courage to succeed: “I can do anything for 28 days.” The goal for the month is to spend as little as possible (on non-essentials like clothing, entertainment, pretty much anything “new”) and save as much as possible.

Although the first references to #FrugalFebruary popped up on Twitter in 2012 (I emailed the journalist who first used the hashtag, and she says she has no idea where it came from, but that because she was “poor as [you-know-what],” she was on board) the idea really started gaining momentum in 2019, and this year — with millions of Americans needing a financial reset — it’s a full-fledged movement. The New York Times’ Ann Carrns writes that the month is a great time to get serious about reducing credit card debt, and I couldn’t agree more.

Thankfully, our credit card balances are down over the last year (between 11% to 13%, depending on whose study you look at), speaking to the fact that consumers spent less overall and possibly put more money towards debt during the pandemic, which is wonderful. But there’s still work to be done. The average balance today hovers at $5,800, and if you factor in an average interest rate of 15%, that’s $1,200 paid to your credit card company this year if you do nothing extraordinary. Here’s HerMoney’s guidance for the best ways to tackle your balances, no matter what month it is … but I say there’s no time like the present.

Budgeting On The Brain

Speaking of the present, at HerMoney.com these last few weeks, we’ve shone a spotlight on budgeting for the New Year, with stories like these:

That’s because we heard from so many of our readers that you wanted to learn more. Part of that may be the Jan. 1 juju that lights a fire under all of us to do better, but a big reason is the year we just came out of — how do we recover after what may have been one of the worst financial years of our lives? Well, we start planning ahead — but not too far ahead, writes Julia Carpenter in the Wall Street Journal. We all need a roadmap to guide us through 2021, but we don’t need to have all 12 months plotted out in precise detail, because “time isn’t normal right now,” she says. Instead, it’s time to consider the “micro budget,” where you plan a month or two in advance, structuring your spending and saving on a much smaller scale. When you do this, you can better monitor your cash flow, and pivot your plans with greater ease, as your new job (or your new cobbled-together side gigs) necessitate. Just keep in mind that budgeting on a smaller scale doesn’t mean that you aren’t prepared for what might be on 2022’s horizon, it just means you’re paying closer attention to your day-to-day transactions and the tiny choices you make every day that can make or break a weekly budget. In other words, for now, don’t worry about going big — go granular.  (And if you’re looking for more on budgeting, give this podcast a listen — and learn what it means to be “in your money.”)

And While You’re At It, Go Paperless

How do you file your federal tax return every year? If you haven’t yet gotten on the e-filing bandwagon, then this needs to be your year. Seriously. In this week’s Washington Post, Michelle Singletary warns that with the IRS still processing close to 7 million returns filed last year, backlogs of paper returns are only going to grow. And even if 2019’s returns could be miraculously signed, sealed and delivered, the IRS (like thousands of other organizations) is facing COVID-induced worker shortages and challenges with social distancing, which means mailed returns are going to be some of the last to finally make it out the other side. To prevent further backlogs, the IRS announced the 2021 tax season won’t start until Feb. 12, but of course that doesn’t stop you from getting started now by gathering documents, connecting with your tax preparer, and (if you earn less than $72,000) checking out the IRS’s Free File program.

Tax policy was something that used to be pretty much a snooze-fest. It was calm. It was predictable. But now that it swings (sometimes drastically) according to the political party in power, it’s become difficult to make long-term decisions around our saving and giving strategies. The big question that’s on a lot of our minds — especially the elderly, and those nearing retirement — is how a Biden presidency will impact the estate tax. In the New York Times, Paul Sullivan writes this week that it’s possible we could see tax changes addressed before the end of the year, and that “the tax code could be modified in a way that affects everyone who has something of value to leave to heirs.” Currently, the exemption level stands at $11.7 million for individuals, or $23.4 million for couples, but with democratic control of the house and senate, it’s easy to see how the exemption level might drop back to $3.5 million, where it was when Obama took office. Then there’s also the estate tax rate itself, which is now 40%, but in 2001 stood at 55%. And — potentially impacting even more people — is the step-up-in-basis rule. An example: Say you had a very tech savvy grandparent who bought $1,000 of Tesla stock at or near the IPO and they passed that along to you when they died in March of 2020. That stock was worth $50,000 and you were able to take ownership of it at that price — owing no capital gains taxes on its rise because you got a step up in cost basis. If you were ever to sell it, you’d be taxed on the difference between the $50,000 and what you sell it for … Well, that rule is up for discussion, too, and it doesn’t just impact stocks, but also homes, art, you name it. For now, the best thing you can do is keep an eye out for changes, and stay in touch with your financial planner who can guide you on best practices for the years to come … And try not to worry. It’s never fun when tax policy is a moving target, but that’s why we hire professionals who can shepherd us through the maze.

How To Crush Your 2021 Financial Goals — No Resolutions Required