Who Needs a Money Market Account When You Have a Knipple? 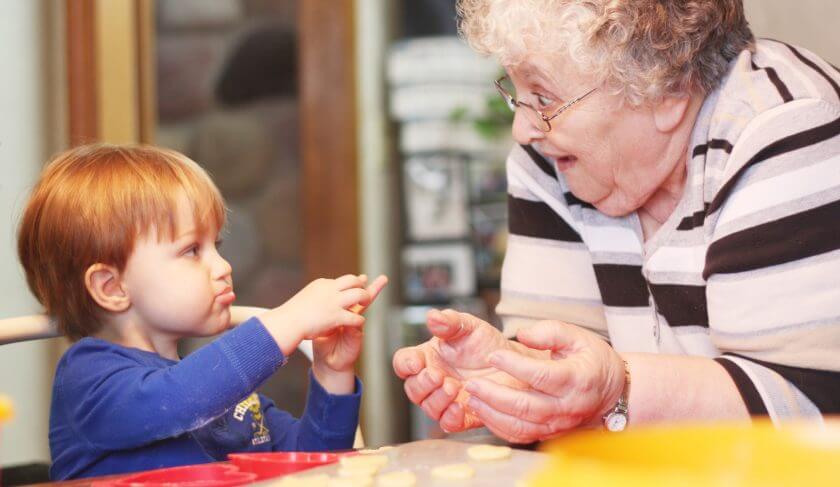 Knipple sounds like a dirty word, like something that may accidentally slip out when a woman is wearing a low-cut dress. But "knipple" is not a body part. It has nothing to do with breasts. A knipple (kuh-NIP-pull) is the Yiddish word for a woman’s secret stash of money.

The term comes from the word “knip,” meaning “a pinch.” A Jewish grandmother would make a pinch or a knot in the fabric of her apron and hide some money inside. Knipple can also refer to a little pinch of dough, a piece you break off from the larger loaf. So it makes sense that a knipple is a little bit of money liberated from a larger joint bank account – a little bit of dough for yourself.

Before Philadelphian Sissy Carpey got married in 1956, her Aunt Yetta gave her some advice – not about sex but about money. “She told me, ‘Every woman needs her own knipple. No wife should have to ask permission from her husband to buy a new dress for a special occasion, a gift for a child or to lend her cousin some money,’” Carpey said.

For centuries, husbands have been giving their wives a weekly allowance for household expenses. And for just as long, wives have been squirreling away some of it. This boondoggle seems to cross cultural boundaries.

“My mother and grandmother kept a stash of god’s money (“bhagwan na paisa” in Guajarati) to make charitable donations and buy things for the home altar,” recalled Nimisha Ladva, who grew up in India before coming to America as a teen. “Then they’d ‘borrow’ from the god’s money to buy candy for us.”

In Japan, a woman’s hidden reserves are known as “hesokuri,” or “belly button” money, and about 55 % of Japanese wives have this belly button stash. Redbook magazine reported that 34% of American women keep hidden money that they don’t tell their husbands about — in amounts generally under $500.

But having a secret savings is not such a secret.

Anna Vuono, who grew up in Abruzzi, Italy, recalled that her mother would hide extra lira in a pillowcase or tie it up in a handkerchief. One grandfather said his wife would wear many several aprons, one on top of the other, and hide her dollars in the pocket of the bottom one. Her money sometimes ended up in the washing machine.

When attorney Debbie Snyder was a teenager, her mother showed her knipple – and its hiding place in her underwear drawer – to Debbie and her sisters. “It’s good to have money your husband doesn’t know about,” she told them. Then she denied its existence, swore the girls to secrecy, and shooed them out of her bedroom.

These days, with aprons and handkerchiefs a thing of the past, money is usually hidden somewhere a partner wouldn’t think to look – in a box of tampons in a bathroom drawer, in a jar tucked behind the soup cans, or zipped into the inside pocket of a rarely used purse.

That’s why, if you have to clean out the home of a female relative who has died—you should probably look inside every nook, cranny and shoebox. You never know who might have a knipple. When her stepmother died, Janet Kirschner found an unexpected six $100 dollar bills rolled up inside a LifeStride loafer.

While some women hide away money so they have a safety net, others just like to know that it’s there to save or spend as they wish. We’re in the latter camp. We don’t need the money to fund a secret life. We’ve been happily married for decades, and we aren’t planning a quick escape to Rio.

We don’t get an allowance from our husbands. We are wage owners, although not our family’s primary one. We write checks on our joint bank accounts, trade stocks and manage our retirement accounts. We don’t have to ask permission to spend money.

Nevertheless, like our mothers before us, we each have a knipple. We put in the money we earn on our own. We cash a refund check and add it in. And so on. It adds up.

Having a knipple lets us buy our spouse an expensive bottle of wine without it showing up on our joint Visa bill. When our adult kids come home for a visit, it lets us slip them a some cash and then feel pleased when we find out that our husband did the same, but we beat him to the punch.

When our knipples are spilling over, we earmark them for bigger things: A week of science camp for one of the kids. A weekend getaway to Chicago. It feels good to point to a specific treat as our contribution.

And there will never be a bank run on our underwear drawer.

This Week In Your Wallet: A Purchasing Pause