This Week In Your Wallet: Poking The Bear 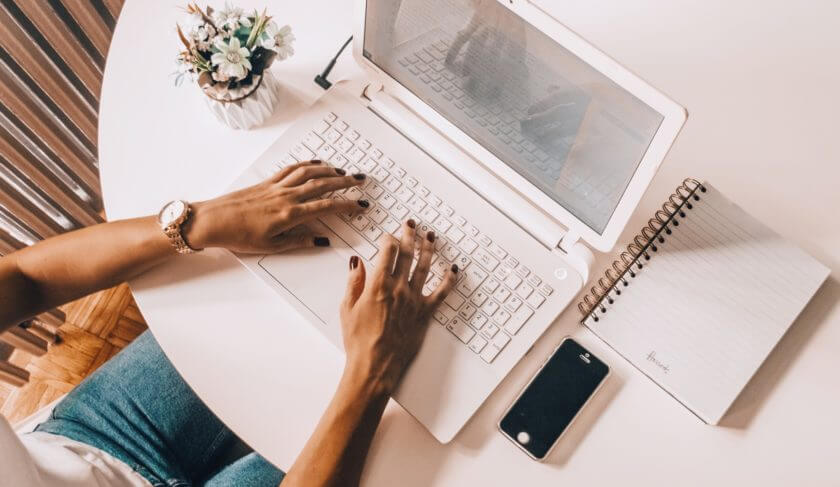 Not subscribed to HerMoney’s weekly newsletters yet? This is what you’re missing! Here’s a look at what we published in our “This Week In Your Wallet” newsletter, Tuesday, March 8, 2022.  Subscribe Today!

Yesterday was an ugly day in the markets. But not just the markets. Gas prices are up sharply in just the past week, hitting an average of $4.17 for a gallon for regular, the highest ever – and over $5 in California. As the US weighs a ban on Russian oil, the question of recession is looming larger than it has in some time. Let’s break it all down.

The Dow Jones Industrial Average fell nearly 800 points or 2.4% yesterday, the S&P 500 was down 3%, and the NASDAQ fell 3.6%. This drop in the NASDAQ, off more than 20% from its high, means it has entered a bear market. For the Dow, which closed the day 11% off its previous high, it’s officially a correction. The S&P is somewhere in between the two – it entered correction territory officially as the conflict in Eastern Europe heated up in late February.

Investors, as they do in rocky times, fled to safety, which pushed the prices of Treasuries down and yields (or interest rates) up. Gold prices rose. So did prices of Bitcoin and Etherium (if you’re wondering whether crypto is an inflation hedge or why it does well in tumultuous times, check out our Crypto 101 podcast.)

The worry sits squarely in the energy sector, a team of Wall Street Journal reporters explain. “Equity investors are worried that sky-high oil prices will fuel inflation and that the war in Ukraine and ensuing sanctions on Russia could hurt businesses based in the U.S.,” they write. After all, this is happening at a time when energy prices were already soaring – and inflation was already more of an issue than we’ve seen since the ’80s.

So, what does this mean for individual investors? How should you be reacting to this market? If your focus is long-term, the thing to “do” is likely nothing. That’s hard, I know. In times of chaos, we have a bias toward action. We want to put on the band-aids that will make it all better. Don’t. I keep coming back to a paragraph that the Journal’s Jason Zweig wrote a few weeks back: ”…It’s a bad idea to overhaul your portfolio when you’re afraid. The time to become more conservative is when things are going well, not when the world seems to be coming apart.” Maybe it’ll become your mantra, too. (And if you need another reminder, this conversation was one of my favorites this year: Stop! When Doing Less Is The Right Money Move.)

Prices At The Pump

As of Tuesday morning, gas prices had risen 10 cents in the past day, and 55 cents over the past week, hitting the aforementioned average of $4.17 a gallon. They’re up this much this quickly because of worries that supply will be an issue if the US bans Russian energy imports.  These aren’t expected to be the highest prices we see. The folks at GasBuddy are predicting that prices will average $4.25 a gallon in May. How long they’ll last, though, is a topic of debate.  USA Today reports that they are expected to still be over $4 a gallon come November. But The New York Times notes that production in Texas, which is amping up, could fill the supply gap soon.

For now, it’s important to remember this isn’t just an issue when you fill up your car. Whether you’re heating your home (we’re expecting some snow on the East Coast tomorrow after a spooky 70 degree day yesterday), traveling, buying food or other products that get shipped across the country, there is a trickle down. Energy prices were already spiking before Russia invaded Ukraine. And the ban of Russian energy imports that could come as soon as today is likely to last months, not weeks.

As always, we control the things we can control. Just like we meal plan to control the waste and amount we spend on groceries, planning our errands can limit the number of trips and miles we put on our car. Also, using an app like the one from GasBuddy or AAA can help you find the cheapest gas along your route. If you pay cash, you can typically shave 5 to 10 cents off per gallon. (And, if you are a Stop & Shop or Giant grocery store customer, make sure you’re using the loyalty card. Every 100 points gets you 10 cents off a gallon at Shell stations, up to $1.50 off per gallon total for up to 20 gallons. The clock resets each month.)

Which brings me to this question: Are we headed for recession? It feels like an odd question to ask, only a few days after Friday’s report that 678,000 jobs were added to the economy in a single month. Mark Zandi, chief economist for Moody’s posed that question in the Philadelphia Inquirer over the weekend, noting that the impact of $4 a gallon gas could “reduce U.S. real GDP growth this year from an estimated 3.7% to 3.5%.” He continues: “This hurts, but it is a modest impact.”

I’ve pored over the coverage from every source I can find (as someone once said to me, “you consume a lot of media”) and that seems to be the consensus. The worry of a recession is heating up. It’s greater than it was. But many US consumers still have a savings buffer from the pandemic that will get them through. The biggest threat, Forbes Senior Contributor Bill Conerly points out, is one that we may not be talking about enough. (Yup, it’s still COVID.)

Masks may be coming off. We may be more willing to dine out, shop, travel and go about our lives as if it were 2019, but the death toll from COVID is still 10 times higher than the deaths we usually see from the flu and other ailments. A new report from two dozen scientists, doctors and public health experts lays out a roadmap to get us back to normalcy. But as CNBC reports, the authors caution that we are not there yet.

And One More Thing…

Today is the day we mark International Women’s Day. As Gillian Brockell writes for The Washington Post, it was first proposed in the early 1900s as “National Women’s Day” by Theresa Malkiel, a Jewish immigrant to the US who was born in a part of Russia that is today Western Ukraine. As the fighting continues, if you’re looking for ways to support the brave women and men who are – heartbreakingly – fleeing their homes and splitting their families as they fight for the freedom we take for granted, here’s our list of organizations that will get your money where it needs to go.

This Week In Your Wallet: And Away We Go