With Expected Recession Ahead, Women Double-Down on Retirement Savings 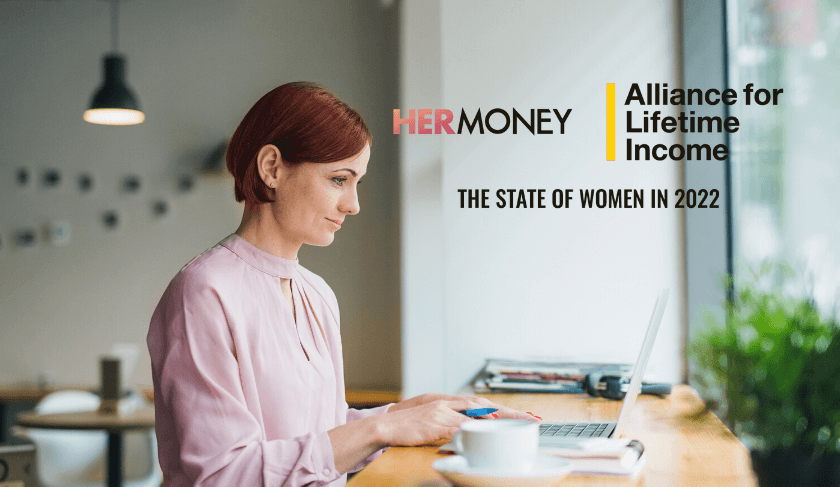 Most women will maintain or increase their 401(k) and IRA contributions, even if the U.S. hits a recession.

More than two-thirds (68 percent) of women see a U.S. recession ahead, according to new research released today from HerMoney and the Alliance for Lifetime Income. But even in these uncertain times, women are still doubling down to secure their financial futures. No matter what’s ahead, 92 percent of women plan to maintain — or even increase — their contributions to retirement accounts, including 401(k)s or IRAs, per the fifth chapter of the “State of Women in 2022” study.

“Despite believing a recession is on the horizon, women aren’t letting that interfere with their long-term financial goals,” says Jean Chatzky, Alliance for Lifetime Income Fellow and HerMoney CEO. “Not only do women say that they will stay committed to saving for retirement, two-thirds plan to ‘double down’ on their investments and adopt a now-is-the-time-to-buy mindset.”

Because here’s the thing: If the U.S. does enter a recession, women are willing to be conservative elsewhere. Only five percent of women would borrow for big purchases, while seven in ten (71 percent) say they will put off big purchases entirely and another quarter (24 percent) would only pay cash.

In addition, women are also overwhelmingly focused on taking control of their time. Notably, a majority (61 percent) would prefer to earn ten percent less money and have ten percent more time than sacrifice their time to earn more. Even more (74 percent) would prefer to earn less money in a low-stress job than to take on a stressful job to earn more.

In general, working women say the top trade-off they make to be able to save for retirement is limiting purchases of luxury goods (79 percent). Millennials are the most likely to make other sacrifices. They’re significantly more likely to limit memberships and subscriptions (61 percent) and make housing trade-offs (48 percent) than Gen Xers and Baby Boomers.

Upon reaching retirement age, the vast majority of working women say they would prefer to delay Social Security to increase their benefit over time (85 percent) than to take Social Security right away (15 percent).

“Our research finds that most women, especially as they age, prefer to have a portfolio that generates retirement income they can count on,” says Jean Statler, CEO of the Alliance for Lifetime Income. “An overwhelming 83 percent of working women would choose a portfolio with reliable retirement income over a risky portfolio with potential for higher returns—jumping even higher, to 88 percent, among Baby Boomers. Women have told us time and time again that they prioritize saving and have peace of mind when they know they have enough protected income to last throughout retirement.”