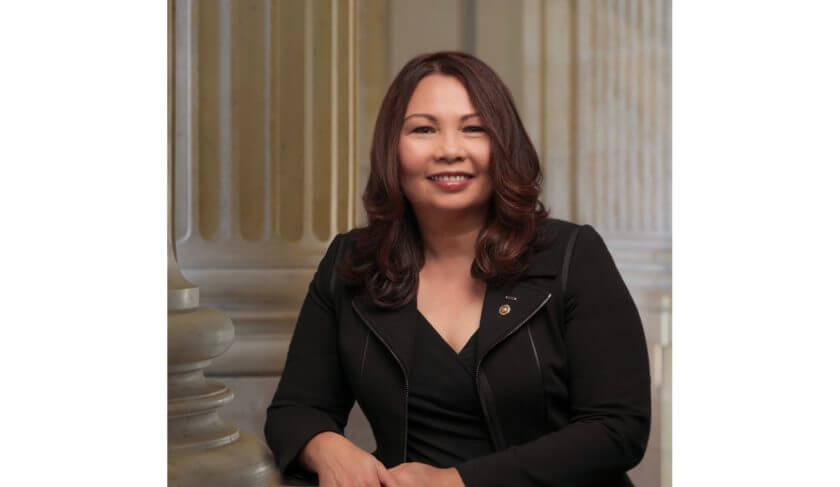 Incredible insight from Illinois Senator Tammy Duckworth, who shares her career journey, details on new legislation and her path to motherhood.

These last few years have been difficult for every woman, but no one has juggled or struggled quite as much as moms. In honor of Mother’s Day, we wanted to do a special episode with an amazing mother who has been navigating her way through the pandemic with her young children and her vibrant career, and making it work every day. Thankfully, we found the perfect woman — a woman who understands sacrifice on a deeper and more profound level than most of us, Illinois Senator Tammy Duckworth.

Senator Duckworth is an Iraq War Veteran, Purple Heart recipient and former Assistant Secretary of the U.S. Department of Veterans Affairs who was among the first handful of Army women to fly combat missions during Operation Iraqi Freedom. She served in the Reserve Forces for 23 years before retiring at the rank of Lieutenant Colonel in 2014, and in 2016, she was elected to the U.S. Senate representing Illinois’s Eighth Congressional District. Then, in 2018, she became the first Senator to give birth while serving in office, and she sent a message to working families across the country when she fought for and secured a historic rule change that allowed Senators to bring their infant children onto the Senate floor. She attended college at the University of Hawaii and earned her Master of Arts in International Affairs from George Washington University.

Listen in as Jean and Senator Duckworth discuss her career trajectory, and why she chose the paths she did. She also discusses how she makes it all work as the mom of two young daughters, Abigail and Maile. She tells us what her journey into motherhood was like, and discusses her military service.

As part of Senator Duckworth’s work in the Senate, she has long been an advocate for working families. (First, she advocated for a rule change that allowed Senators to bring their infant children onto the Senate floor — and she did just that, even putting her daughter in a little blazer to meet dress code — and she also led the charge for the Friendly Airports for Mothers (FAM) Act, which ensures new mothers have access to  lactation rooms when traveling. She tells us more about the efforts she’s made to aid mothers, and why they’ve been so important to her.

We get candid about the gender pay gap, and how we can move forward with paid family leave, and the caregiver’s credit, and all the other benefits for working mothers that have been gaining ground in recent years. We also discuss Senator Duckworth’s initiative to introduce legislation that would help prevent the oil industry from engaging in gasoline price gouging.

In Mailbag, we answer questions on iBonds, mutual funds and taxes, and adding bonds to your portfolio. In Thrive, what you need to know about student loan scams in 2022.

The Best Piece of Financial Advice My Mother Ever Gave Me
Don’t miss an episode: