Why Is The Friends & Family Cell Phone Plan The Last Bastion Of Financial Independence? 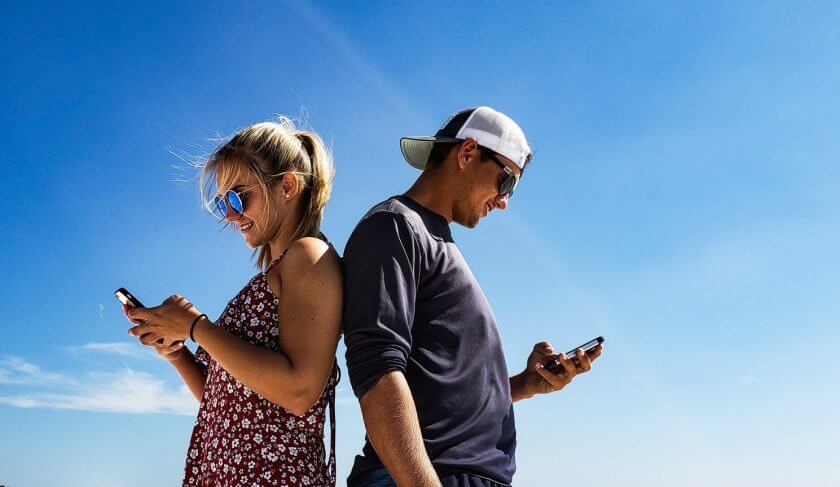 If you've had enough, there are ways to get your kids off the family cell phone plan without causing family strife.

Bryan Kuderna is a pretty successful guy. A best-selling author, Kuderna is a certified financial planner from Shrewsbury, New Jersey, who caters to millennials.  But you wouldn’t know it from his phone bill. The 32-year-old father of three also just got off his parents’ cell phone plan after more than a decade. His 34-year-old brother Jeff is still on it, while his sister-in-law is also on her parent’s plan.

The Kuderna “kids” are among a large group of Americans who are sharing mobile phone plans well into adulthood. For some, it’s to save money, and for others (like Kuderna’s family) it’s just habit — something they’ve done for years. “I’d been on their plan since I was 16 or 17,” says Kuderna. “It’s one of those things that goes on autopilot and it’s hard to break. It’s costly to start a new plan, and you lose those perks like unlimited minutes and texts.”

But not everyone is sharing a mobile plan for the right reasons, and that’s where families run into trouble. Sometimes parents keep their adult children on their plans to stay connected, while in other instances it’s the child who may be taking advantage of a parent’s generosity. Blame it on laziness or a lack of direction, but some young adults expect their parents to pay for everything until they get the boot. “I have a lot of clients in that situation. They have the greatest of intentions as parents, but it’s not having the right results. It’s enabling their children to stay home,” says Kuderna. Either way, sharing a cell phone plan well into adulthood can be a disservice to everyone involved. Not to mention it can also cause family strife if one person on the plan is less responsible than others.

“Sharing family mobile phone plans can be harmful if adult children incur extra charges and fees for which parents will be held financially responsible,” says money coach Melisa Boutin. “That’s a major downside that parents should be aware of.”

Whatever the reason, when it comes time to go your separate mobile ways, there are both good ways and bad ways to go about it.  If you want to remain family and friends, follow these five steps.

Kuderna says a good time to start the conversation is before the child becomes an adult. The sooner they know they will be responsible for certain bills and how much it will cost, the better prepared they’ll  be when the time comes. “The kids will know that once they graduate, it isn’t free in perpetuity,” says Kuderna.

If your child has already graduated college and is in the workforce, begin planting the seeds a few months before you want to cut the cord so that everyone has time to adjust. Nobody likes surprises, nor do they want to find out they are responsible for a monthly bill that can easily surpass $100 per month. Cutting your adult child off your phone plan without any warning is not the recipe for harmony and peace — it’s more apt to elicit the reverse effect.  “Warn the child that on this date we’re cutting you loose,” says Epstein.

Step 2: Let Them Make Their Case

Adult children aren’t always looking for a free ride. Many want to be independent, but life has a funny way of getting in the way. For some, it’s student loans that may be hampering their ability to become contributing adults. For others, they haven’t found a high enough paying job to make it on their own. Before you kick them off your mobile phone plan, let them make their case. They may have a legitimate reason why they can’t afford the bill.  “I think we have all heard too many stories of lazy adult children who refuse to support themselves, but in my experience, kids do want to become independent of their parents, and if they need a little help getting there, parents should feel good about helping however they can,” says Varda Epstein a parenting expert and mother to 12 children.

Kuderna, who is also the author of Millennial Millionaire and host of The Kuderna Podcast, was ready to get out of the house when he graduated from college, but his parents, knowing a little bit about the real world, reined him in. Instead of going out and wasting money on rent, he hunkered down at home, started saving, and was able to purchase a home a few years later. Kuderna remained on the family cell phone plan, and only recently decided to get off of it  because he wanted to go on a plan with his wife, Anita.

The last thing any parent wants to do is leave their children struggling to pay their bills — particularly when those children may have high student loan tabs and other debts. On the flipside, some parents may feel it’s high time to throw some more of life’s responsibilities towards their kids once they see what their children elect to spend their money on. Either way, when you do cut mobile ties, try to work with the child to help them find a new plan that makes financial sense. “This can involve calling your current mobile phone service provider to transfer the adult child’s phone plan to an individual account,” says Boutin.

Step 4: Stick to Your Guns

Once you commit to ending the family cell phone plan, you have to stick to your decision. The last thing you want to do is waver and give in. That could harm you financially, and damage your child’s efforts to achieve independence. Besides, re-joining the plan could come at a higher rate, or with less coverage, depending on your carrier and plan,” Kuderna says. But that’s not the worst of it. “From a big-picture standpoint, it’s providing a false safety net that they can always get bailed out, and that can hamper future growth,” he says.

Life is the topic. Money is the tool. Let’s talk about everything.

HerMoney Podcast Episode 186: Lighting The Path To Savings and Security With The FIRE Movement