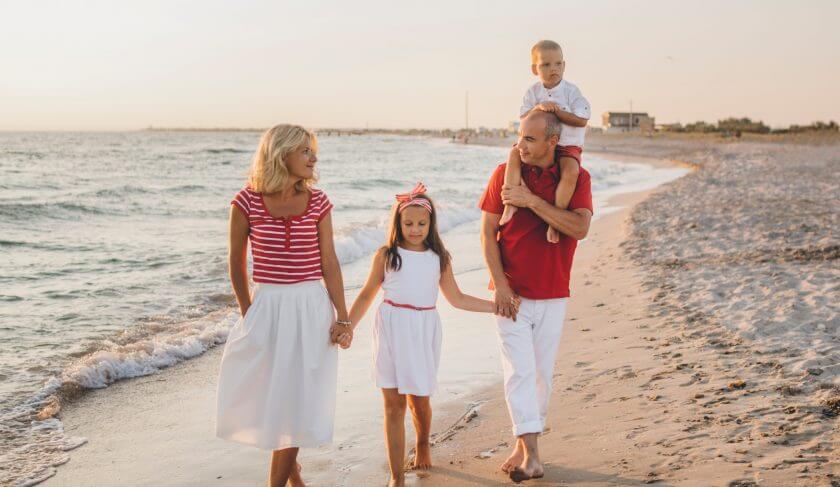 If you’ve been watching the financial headlines, chances are good you’ve heard of the FIRE movement. It stands for “Financial Independence Retire Early.”

The dream of early retirement is nothing new. It’s no surprise that people would want to quit their dissatisfying/boring/uninspiring jobs in their 30s/40s/early 50s to spend more time with their kids/indulge their passions/live extremely frugal lives. But there are a lot of misconceptions about what you have to do to be part of the FIRE movement—and things you can learn even if, like me, early retirement is about the last thing on your mind. Here, with help from Jonathan Mendonsa and Brad Barrett, co-hosts of the ChooseFI podcast and guests on the HerMoney Podcast, are five things to take away from the FIRE movement:

Lesson No. 1: You’re never too young for life satisfaction

Mendonsa recently took a cruise that he described as filled with individuals who were finally, after years of working and sometimes saving for this trip, getting the chance to do something they felt fulfilling. Unfortunately, he said in many cases they were “too old to actually leave the ship.” That’s what happens if we keep pushing off our goals until we have enough—difficult if you’re one of those people for whom “enough” keeps redefining itself.

“I don’t just want my golden years, I want my best years.”

For Mendonsa, the experience was a cue to take a step back and ask again what the FIRE movement really means. He, like many others, have decided that the emphasis is on the “Financial Independence” part of the equation rather than the “Retire Early” one.

“I don’t just want my golden years, I want my best years,” he said. “Financial independence allows us to build that into the conversation. Some people want to get to a point where working is optional. For others, it’s about if you do work, it’s out of a sense of purpose and … actually adding value to your life.”

Lesson No. 2: Retired doesn’t mean not working or not earning

In addition to Mendonsa and Barrett, I’ve met a number of other FIRE acolytes including Tanja Hester who blogs at ournextlife.com and Karsten Jeske who blogs at earlyretirementnow.com. You know what’s notable about them? They’re making money by writing, speaking and podcasting about the FIRE movement. In other words, they’re not retired in the traditional sense of: sleep as late as you want, live off your savings/investments and Social Security; they’re retired from their corporate jobs and from a traditional workaday clock. “Very few people who have the wherewithal to reach financial independence are just up and quitting and sitting on their couch and watching Netflix for the next 50 years,” says Barrett. “I honestly think the FIRE acronym is very cute-sounding, and that’s kind of why we keep it around at this point for us.”

Lesson No. 3: Your spending rate, rather than income, is a key retirement marker to note (and it’s more controllable)

I’ve often written about the retirement benchmarks set forth by Fidelity that say you should aim to have saved 1x your income by the time you’re 30, 3x by 40, 6x by 50, 8x by 60 and 10x by the time you retire. Formulaically, if you accomplish this, you’ll have enough to replace 85% of your pre-retirement income for the following 30 years. The FIRE movement principles argue that income is the wrong number to be watching—instead, they say you should aim to save 25x the amount you spend each year. (The amount you’re saving is the X factor. If you’re saving 25% a year or 50% a year, you don’t need to replace that in retirement.)

And once you’ve got that, if you withdraw at a rate of about 4% per year (some say 3.5%, some say 3%) it should last indefinitely.

Barrett, who lives in Richmond, Virginia, explains that when he and his wife pay off their mortgage, their yearly expenses might be around $40,000. Applying a withdrawal rate of 4%, that’s a million-dollar nest egg. At $60,000 a year in expenses, that’s a $1.5-million nest egg. (FIRE math doesn’t include Social Security, because the idea is not to to wait to retire till you’re old enough to take it. But if you’re going to be of age, you can factor it in.) “Over a working career, and with the magic of compounding, that’s not so unrealistic,” he says.

Lesson No. 4: FIRE math can be fun

Really, you say? A million-plus still sounds like a big number. If you’re working paycheck to paycheck, absolutely. But check out these numbers: If you’re saving 1% of your income, then it takes you 99 years to replace one year of expenses, Barrett explains. If you can get to the point where you’re saving 25% (And note: Matching dollars always count), for every three years you work, you replace one year of expenses.

And—and this is where the math, Barrett says, gets “magical”— “if you can save 50% of your income one year of savings gives you essentially one year of freedom right at its most basic level.” Then compound it. If you can do that over 10 to 15 years (maxing out what you can save in a tax-advantaged IRA), and you’ve got the money working for you in a diversified portfolio of investments, what you build is a “perpetual money making matching that with some reliability can fund your lifestyle for the rest of time, loosely based off the 4 percent rule.” (One note about 4%: It’s not perfect. But if you vary your withdrawals slightly based on fluctuations in the market, taking a little less when they’re down—particularly if they’re down in the early years of retirement—it tends to hold up.)

Lesson No. 5: Perhaps the most enticing thing about FIRE is the element of control

As I’ve written many times, there are things in your financial life that, whatever you do, you simply cannot control: the markets, interest rates, and, to a lesser degree (although changing jobs and prioritizing gaining the new skills you need to do so is an option) your income. FIRE focuses on things you can control. The amount you spend. The amount you save. Proponents make big changes—like moving to a less expensive area or downsizing way before they have to—in order to tighten the reins, but they’re their choices. And doing so provides freedom to spend that other prized commodity, time, as they choose. Having more control makes us happier. So even if FIRE is not something that appeals (as we talk about on the podcast, we like our jobs, changing up our lives in order to enable us to not do them is not on our lists) applying a little of the FIRE movement philosophy to put your life back into your hands is an idea that resonates with me.

HerMoney Healthline: Grant Sabatier On How FIRE Can Help Us All Succeed 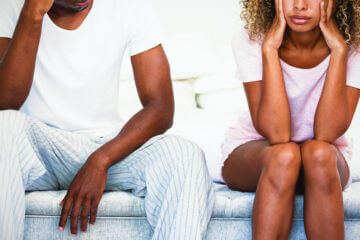