Should We Be Tipping More This Holiday Season? 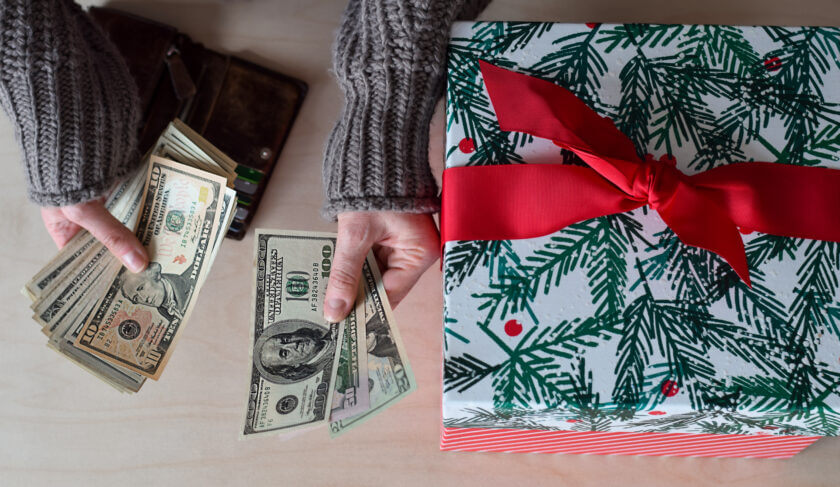 When it comes to showing gratitude through tips, if you are able to give more this December, you should, experts say.

While the holiday season often includes buying gifts, it’s also a time for giving to those who provide services that truly enrich our lives – and thanking them with monetary tips. But with inflation still soaring, how much will rising prices impact our level of generosity to those we rely on for so many day-to-day services?

Unfortunately, tips are already declining, says Krystle Mobayeni, co-founder of global restaurant marketing and e-commerce platform BentoBox. That’s why the company is exploring how to help restaurants and their staffs during the busiest time of year.

“With rising costs, we’re seeing consumers cut back on how much they tip restaurant (workers) for takeout and delivery orders,” she says. “We want to encourage diners to take care of their local restaurants — whether that means leaving a positive review, exercising extra patience if a restaurant is short-staffed, or tipping generously on your meal or delivery order.”

So, How Much Should You Tip?

In general, it’s a good idea to tip as much as you can afford to in order to show your appreciation, but especially this year, a little extra will definitely go a long way. “Good tipping rates are usually the cost of one service for things like hair stylists, but for services like housekeepers and nannies, it’s good to tip the cost of one to two weeks’ service depending on things like how often they clean your house or whether or not they’re a live-in nanny,” says Consumer Analyst Julie Ramhold with DealNews.com.

Often, it can be a matter of doing the best we can with what we have. “During the pandemic, we saw individuals who could tip more do so, and I encourage people to do the same during inflation,” says etiquette expert Elaine Swann. According to a Zelle consumer behavior study just released on tipping, more than three-fifths of consumers (61%) agreed or strongly agreed that tipping has become more top of mind since the start of the COVID-19 pandemic.

“People in service-based industries typically have the most challenging time making ends meet during times like these, so if you’re able to tip more, please do,” says Swann. “One of the most effective means of tipping individuals, and the easiest for yourself as well, is to give the tip electronically. If you use a digital payment platform, you can get rid of the inconvenience of buying a card and getting cash for it, and instead just write a personalized note in the memo field of your digital tip or gift.”

To help figure out how much each person should receive, tip at least 20% to 50% more than you normally would. Base your percentage on the impact the recipient has experienced, notes  Swann. For example, your hairstylist might be paying more for supplies now, therefore you might tip on the higher end.

Think About What Your Tip May Provide

“For many service workers, tipping provides such a large part of their wages that any reduction in the value of the tips they receive can have a seriously detrimental impact on their income,” says Colin Palfrey, Chief Marketing Officer of personal finance management company Crediful. While inflation continues to rise, more often than not, wages do not rise in line with inflation. “Having their income eroded by inflation can have consequences far beyond merely cutting back on luxuries. This should be borne in mind when we are considering the value of tips we offer,” says Palfrey.

Keep in mind though you are already tipping more because of inflation. For most services, you’re likely tipping as a percentage of a bill. “In this case, inflation has already increased the value of the bill, meaning you’re automatically tipping more,” says Shawn Plummer, the CEO of The Annuity Expert and a certified financial professional. However, when you’re tipping outside of value, say as a show of appreciation, it might be worth increasing your tip. “Instead of tipping a few dollars, you may be able to increase your tip to five or ten dollars, so it carries the same “real” value as it did before,” says Plummer.

A good way to do this calculation is to consider how far you want your tip to go. For example: “Instead of considering the monetary value of your tip, think of it as a cup of coffee. A $3 tip would now be closer to a $5 tip if you want to get someone a good cup of coffee at a local cafe. A tip for a take out dinner may have been $15 before, but now it’s $20-25,” says Plummer.

“Conceptualizing your appreciation as a set good, rather than a fluctuating and abstract monetary value is important, especially when you’re considering why you’re tipping,” says Plummer.  Are you thanking someone just for a service, or for their time, or knowledge that they gave you? All of these considerations are likely more than you ever thought about tipping before, which can make it seem unwieldy or even complicated. “It also means that you’re thinking of how people participate in your life, and putting real thought behind how you want to appreciate them, making the simple act of tipping go further,” says Plummer.

Consider Your Own Circumstances

We must also remember the impact that increasing a tip has on our own finances. “It is never advised to proffer more than we can reasonably afford,” says Palfrey. We should never feel obliged to leave ourselves in financial hardship to give as much as possible in tips.

Deciding how much to give will depend on the circumstances. “An extra one or two dollars above what you would normally offer probably would not be missed by anyone but it could make a real difference to the person receiving it,” says Palfrey. Never forget that the receiver most likely relies on your tip to help them survive, but also be aware that you are not responsible for the current economic climate and never feel obliged to offer what you cannot afford.

Remember that tipping in general is important this time of year. While services like hair stylists, housekeepers, nannies, building supers, and doormen only receive tipping around this time of year, many other types of workers depend on tips every week. “If you find yourself ordering takeout or dining out, consider tipping beyond the standard 20% and try to aim for 25% if you can afford it to help give these service workers an extra boost,” says Ramhold.

deciding what to tip end-of-year tipping holiday tipping how much to tip? how to tip seasonal tipping should I tip more should you tip more tipping during inflation what's a good tip?

Last-Minute Gift Ideas for Nearly Everyone