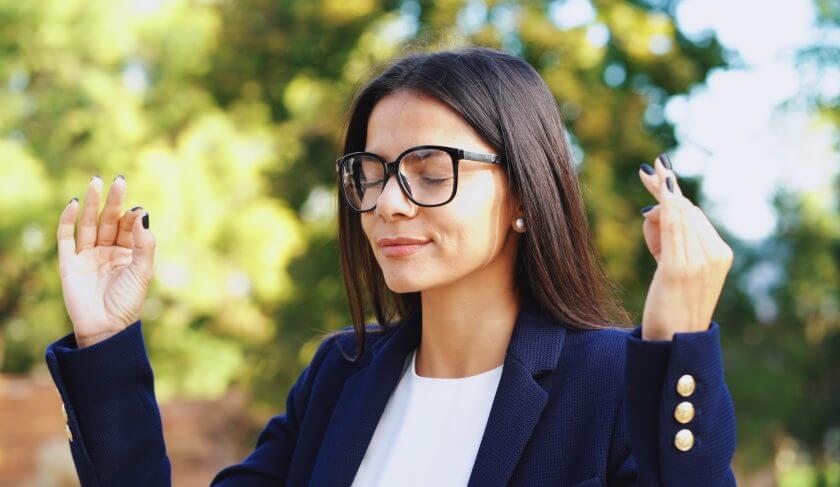 Not every boss is as demanding and belittling as Miranda Priestly in “The Devil Wears Prada,” but here’s what to do if yours is.

If you have a bad boss, you’re not alone: A recent Monster Jobs poll found that 76% of people have endured a toxic boss. And although a horrible leader can make certain your work days are torture, it’s not just you they’re plaguing—their negative attitude and actions can impact the whole company.  “Toxic leadership is something that spreads from one employee to another, making people less and less productive and less and less happy to stay at a specific employer or in a specific work group,” says Elaine Varelas, managing partner at Keystone Partners. “Bad management usually increases turnover significantly [as well].”

But what—other than dusting off your resume and looking for a new position— should you do about it? Turns out it is possible to stay in a job you love, even with the boss you hate, but you have to know how to manage the situation. Here are four signs your boss might be toxic—and how to handle it from here.

Bosses don’t have to be your friends, but they certainly shouldn’t be strangers.  “A toxic leader doesn’t care about any of the relationships with team members,” says Varelas. “They’re a leader who has absolutely no knowledge of any of their employees as people, but sees them as one part of a production line.”

Making the most of it: Make it clear to your boss that you want to establish a stronger working relationship with him or her—coffee or lunch is never a bad place to start. Start by asking simple, surface-level questions to see if you can crack their tough exterior—just a little.

Sign No. 2: Your Boss Expects Too Much—Or Too Little

Overworking employees is pretty easy to identify as a bad behavior—but underworking them can be damaging, too.

“A bad manager either totally overworks their employees, and has them doing things repetitively, or has them do things that add no value,” says Varelas. “Bad managers can also underutilize employees.”

Making the most of it: If you’re being overworked, try re-delegating a couple of your tasks or talking to your boss about what he/she can reasonably expect you to do given how long each task takes you to perform. With underwork, try to talk to your boss about projects you’d like to help on, tasks you think you’d be good at, and other things you’d like to take an initiative on.

Sign No. 3: Your Boss Won’t Listen To Criticism And Makes Excuses

A bad boss refuses to listen to critiques, even when they have no problem doling out harsh words to others.

“Toxic managers do not receive feedback very well,” says Thuy Sindell, president of Skyline Group’s Coaching Division. “There are great excuses about why things didn’t happen, so there’s finger pointing, and they don’t take responsibility for things that don’t go well, or mistakes.”

Making the most out of it: When you need to give your boss feedback that he or she may perceive as critical or negative, try to praise them both before and after the critique. They will walk away from the conversation feeling more positive, and they may be more likely to take your feedback to heart if they feel like you also appreciate their good points.

Sign No. 4: Your Boss Has An Agenda Or Is Untrustworthy

Trust is so important—if your boss is shady or if you feel he or she is only out to further his own career or interest, that can create dysfunction for everyone.

“Bad bosses are highly political,” says Sindell. “You can’t really trust them, they’re not transparent with information, and they’re not flexible.” On top of all this making them unpleasant to work with, that can have repercussions for your productivity.  “You can’t tell a toxic manager the truth, so you have to try to do things behind their backs,” says Sindell. “There’s a lack of efficiency, so there are a lot of workarounds that have to occur.”

Making the most of it: If you choose to stay in your position, you have to recognize that your boss’ behavior is not about you, Sindell says. They’re in their own little world where they are the priority and the focus—not you. It may help to sit down and clarify the exact expectations your boss has for you, to make sure you know ahead of time exactly what they want, and when they’re going to want it. If they’re doing something really egregious like taking credit for other’s work or playing games to manipulate employees, document everything that’s happening. When and if you decide to take your concerns to HR or another boss, you’ll be prepared.

SUBSCRIBE: Work relationships with bosses can be strange—and even terrible but you’re not alone. Join the judgment-free zone. Subscribe to HerMoney today.

Know Your Tax Strategies: What Is 'Lumping and Clumping'?