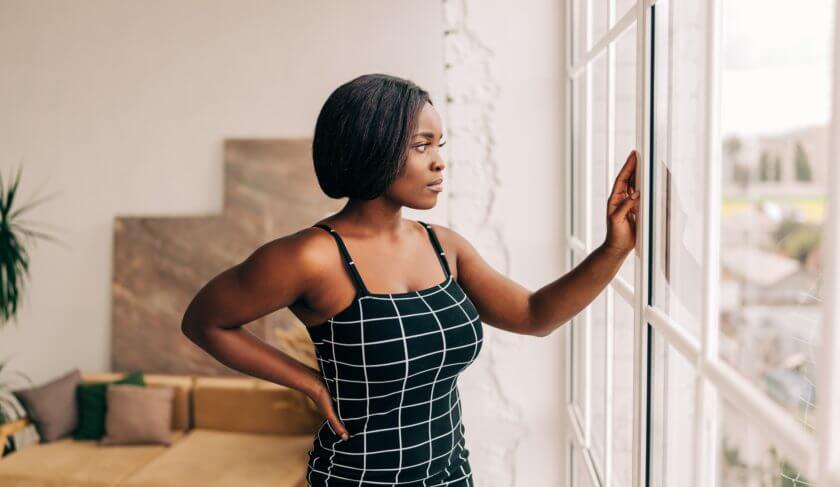 When someone is diminishing your contributions at work, you may be told your perceptions aren't real. Here's how to ignore the gaslighting and reclaim your power.

You love your job. You love what you do and enjoy working with your colleagues – most of them, anyway.

But some of your co-workers cut you off in team meetings. One colleague always criticizes your work, often challenging you in front of others. Sometimes you’re excluded from important meetings and communications relevant to your role at the company. Just last month someone claimed one of your ideas as his own! And there’s that one manager who keeps calling you “Honey” or “Sweetie.”

If you’re a woman in the workplace, chances are at least one of these examples sounds familiar. “Many aggressions visibly show up when someone is trying to diminish your power at work,” says Ashley Sutton, a certified life and leadership coach.

And if you’re a Black woman, you may face race-related microagressions and even blatant racism, too. According to a recent report on The State of Black Women in Corporate America, 49% of Black women feel that their race or ethnicity will make it harder for them to get a raise, promotion, or chance to get ahead.  Oftentimes when women – especially women of color – address these offenses they’re told they’re being overly sensitive and making a mountain out of a molehill. This is called gaslighting.

Gaslighting occurs when someone makes you question your judgments and tries to convince you that your perceptions aren’t real. The psychology and mental health website VeryWellMind.com defines gaslighting as a form of manipulation and even classifies it as emotional abuse.

In a recent episode of the HerMoney podcast, Minda Harts author of “Right Within: How To Heal From Racial Trauma In The Workplace” discusses the importance of affirming yourself even when no one else will. “Call a thing a thing,” Harts says in the interview. “You know when you’ve been disrespected.”

How to Address Microagressions at Work

Once you recognize a colleague is trying to diminish your power, don’t be afraid to address this bad behavior. “Request a one-to-one meeting with the individual, prepare for the meeting by taking notes of specific times and dates when you felt that your power was being diminished,” Sutton recommends.  Plan what you’re going to say, too.

“Make sure you do not create an accusation or attack against them but instead use phrases like ‘When you said this, I felt…’ or ‘It made me feel dismissed when…’” Sutton says. “That allows them to address how you are feeling instead of them spending time defending what they had done.”

After the meeting, don’t forget to follow up.  “Always get everything in writing and create a paper trail by sending a follow-up email,” Sutton says. “In the email, always thank them for the time they took to meet with you, list the things discussed, what you resolved, and how you look forward to your working relationship moving forward.”

But the rules of the game change when the offender in question is your boss. “For a manager, approach it from a development standpoint,” says Melva Tate, a business and human resources consultant with over 20 years of experience. Frame the conversation so that you’re asking for ways to grow and improve.

“You could say, ‘I noticed when I brought up an idea in our planning meeting the other day, you cut me off and I would like to find a way to make sure my ideas can be heard clearly. What’s the best approach for that?’” Tate suggests.

For Black women in corporate America, having a mentor is key, Tate says, especially when it comes to reclaiming your power in the workplace. “Find another Black woman either within the organization or outside of it and explain the situation to them and get them to help you develop a strategy on how to confront the issue,” Tate says. “Have a discussion with someone who’s been through it or has coached others along the way.”

Having an ally or sponsor who doesn’t look like you can be helpful, too, Sutton adds. “Find someone who can speak to your skill sets and abilities and understands your career goals, who knows what you want to do and how far you want to move up in the organization and has a bit of influence in the workplace,” Sutton says.

In her interview with the HerMoney podcast, Harts calls on non-BIPOC workers to stop being silent bystanders as Black women face race and gender-related aggression in the office. Move from being a bystander to an “upstander.” “You don’t have to save the day,” Harts says, but you can do something, and your small act of courage could make a change. “Success in not a solo sport,” she continues.  “How would you want someone to show up for you?”

For Kymmie Cartledge, an educator and career coach based in South Carolina, the support of others made all the difference when she found herself working with a difficult supervisor in a previous job.  “Focus on the people that empower you,” Cartledge said. “I had a bad boss, but I loved the job, and I wasn’t going to quit my job because of the impact that I was making.” As an educator, she focused on the impact she was making with her students and the appreciation she received from parents and colleagues.  “That was easier to focus on instead of the fact that my supervisor didn’t appreciate anything that I did,” she said.

Should I Stay or Should I Go?

If the problems you’re facing persist, however, it may be time to leave. “There are just some environments that are not going to be a fit for your values and the culture that you want,” Tate says.  Trying to make a small change with one peer or one manager may not be enough to change the company culture.

“I can tell you from personal experience that unless you’re in a senior role, taking on that individual battle most of the time is fruitless because it doesn’t create the systemic change that’s needed,” Tate says.

Cartledge agrees that Black women shouldn’t feel guilty for moving on and doing what’s best for their own professional growth and mental health. “There’s work to be done but I don’t feel like I have to carry that weight when I go to work and that I have to constantly be on the frontline trying to dismantle racism and sexism,” Cartledge says. “I have no problem with creating an exit strategy, packing my stuff, and going somewhere else.”

Most likely, you can’t afford to quit your job as soon as you decide it’s time to leave. But there are some things you can do to prepare for the day you’ll put in your two weeks’ notice.  “Start updating your resume,” Sutton says. “Email professional associates you have built relationships with over the years and tell them about your current career achievements and goals for the near future. Update your LinkedIn profile and browse a few of your connections.”

On the HerMoney podcast, Hart recommended leveraging the tools of your current job to get to your next best thing. And if you need something to boost your mood, go on and write that exit email and save it for the day you resign. In the meantime, keep standing up for yourself.  Cartledge, who’s 28, shares that she’s been underestimated in previous roles not only because of her race and gender but also because of her age.

“I’m young, but I have receipts of things I have accomplished,” she says. “I’m never going to let anybody try to use that against me. I’m not afraid to advocate for myself.” She’s also not going to pretend to be someone she’s not, and she doesn’t think other Black women should feel obligated to do so either.

The Best Work Perks These Female Founders Offer At Their Companies