Diversity, Inclusion, and the Future of Tech With Ellen Pao 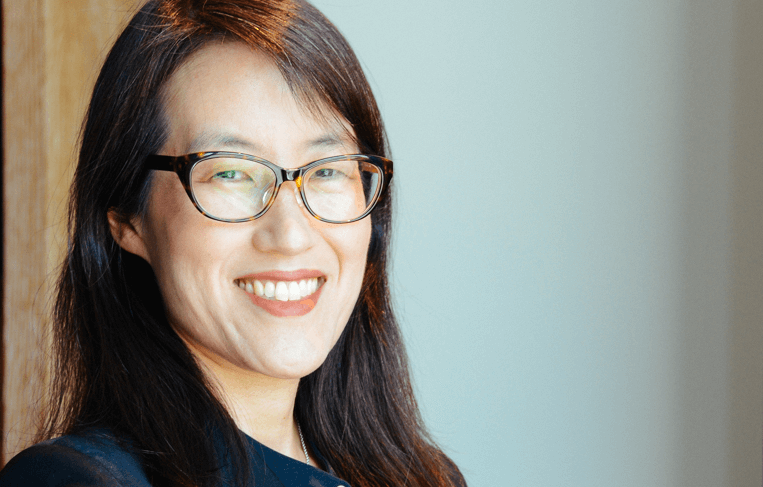 Hear how one woman’s gender discrimination lawsuit turned the tech world upside down. Plus, the lessons about diversity we should take into 2023.

There have been many leaders of the #MeToo movement, which inspired women across all different industries to speak up about sexual harassment, unequal access to opportunities in the workplace, and the pervasive culture of casual sexism that still plagues so many companies today. In the tech industry — a field that has historically been overwhelmingly white and male — that leader was Ellen Pao.

A decade ago, Ellen was a partner at the Silicon Valley venture capital firm Kleiner Perkins, where she and other female colleagues were cut out of meetings, left out of networking opportunities, and punished for speaking out about their treatment. All of this led her to file a gender discrimination lawsuit against the firm in 2012. The trial sparked a national conversation around sexism in tech, giving women in the industry a platform to speak up. That spark has now been called the “Pao Effect.”

Ellen went on to become the interim CEO of Reddit, where she cracked down on misogyny and harassment on the platform. And in 2016, she and seven other female tech leaders founded Project Include, a nonprofit that conducts research to increase diversity and inclusion in tech and beyond. Most recently, Ellen authored the book “Reset: My Fight for Inclusion and Lasting Change,” which chronicles her efforts to make workplaces better for women and people of color.

Tune in to hear Ellen unpack why the tech industry has struggled with diversity for so many years. According to the Equal Opportunity Employment Commission, the overall representation of Black and Latinx workers in the tech workforce is in the single digits. Research has also shown that women and Asian Americans are less likely to be promoted. Ellen talks about how these systemic issues impacted her career and the careers of other women at Kleiner Perkins.

We also dismantle the myth that the tech industry — and the workplace in general — is a meritocracy, where hard work and innovation are generally rewarded. Ellen argues that this belief can often lead marginalized employees to blame themselves for unequal treatment. She experienced this firsthand at Kleiner Perkins, where she says she received inconsistent feedback that filled her with self-doubt and made it impossible for her to grow in her career.

We also dive into the challenges that the tech industry has faced in 2022, which include mass layoffs and a few leadership scandals à la Elon Musk and Sam Bankman-Fried. Ellen explains the connection between the industry’s financial struggles and their struggles with diversity and inclusion. She also shares her biggest pieces of advice for company leaders and employees who want to make their businesses better for marginalized workers.

In Mailbag, we hear from a listener whose parents are struggling to handle their finances because of memory issues. In Thrive, how to refresh your resume for 2023.

P.S. If you have a question about managing your own finances, HerMoney has an online coaching program called FinanceFixx. Over the course of eight weeks, you’ll work with a group of women and a trained finance coach to save more, pay off debts, and build good money habits for the long term. Our next session starts on January 10th, and you can sign up here.

HerMoney is also conducting its annual Podcast Listener Survey. Take eight minutes to tell us about yourself and your thoughts on this year’s episodes. Jean and the team will be reading any and all feedback. You’ll be helping us make the podcast better, and you’ll also get the chance to score gift cards and HerMoney merch!

The Importance Of Doing Nothing (And Why Women Need To Do It More Often)
Don’t miss an episode: