How to Deal With Difficult Coworkers 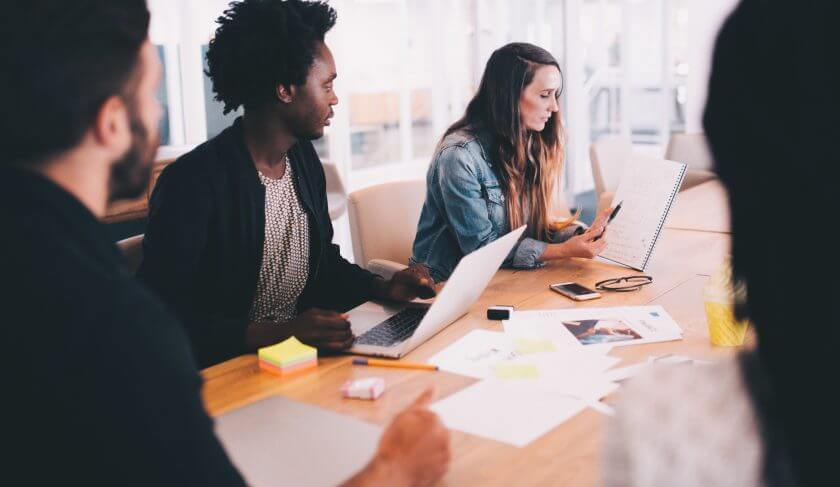 Do you work with any of these six types of difficult coworkers? Find out how to deal with them.

At one point in my career, a slightly senior staffer started freezing me out — failing to invite me to key meetings and leaving my name off memos and emails I should have been included on. I eventually concluded that she might be feeling threatened, so I decided the best tactic would be to show her that I didn’t have Machiavellian intentions.

The next day, I popped by her office and asked if I could get her advice about a story I was having difficulty with. The following week, I asked if I could run some column topics by her before sending them along to our top editor. Each time, I let her know how much I appreciated her help. And, eventually, it worked — instead of seeing me as an adversary, I was a junior editor appealing to her expertise. She gave me great advice, and even became a mentor figure for me.

Like them or not, we spend almost every day with our coworkers (many of us probably see them more than we see our spouses), and it’s key to our career success — not to mention overall well-being — to get along. Read on for creative solutions to handle the worst of the worst difficult coworkers.

Do You Know the Type?

Not only is it a drag to work with someone who gripes about everything under the sun (their disdain for Mondays, multiple revision requests on their report, your other coworker’s loud typing), but their pessimism can color your opinions, too. “Negativity can be contagious,” says Julie Jansen, career coach and author of “You Want Me to Work With Who?” When someone’s bad mood rubs off on you, it can actually have a tangible impact on your career: An analysis of numerous studies published in Psychological Bulletin found that people with a positive mindset perform better at work and achieve more success.

How to deal: The best way to dissuade a downer? “Respond to their complaints with something nauseatingly positive,” says Jansen. “It might take three or four times, but after awhile they’ll realize they don’t have a true audience with you and give up.” For example, if she grumbles about a colleague who turns in sloppy work, reply, “Still, Jen is a great speaker. She makes an amazing impression on clients!” If she whines about your boss, try, “It’s incredible that sales have been up every year under her tenure.”

While chatting with a coworker, you mention an idea you came up with to shave bucks off your biggest client’s account. Next thing you know? She’s pitching it as her own brilliant suggestion in the weekly meeting. “When someone consistently gets credit for your work, it threatens your career success in a very real way,” says Jansen. Good ideas are extremely valuable, both for your company and your own position. They showcase your creativity and intelligence, and if you’re not being recognized for what you bring to the table, you won’t be rewarded.

How to deal: Even if you’re sure your colleague knew perfectly well she was nabbing your glory, give her the benefit of the doubt. “Tell her, ‘I think you were so enthusiastic about my idea for the Smith account that when you brought it up in the meeting, it came across as being your idea,’” says Jansen. “Approach her in person rather than via email so that you can observe her nonverbals.” Does she seem nervous or fidgety, or is she genuinely surprised? After all, there’s a small chance it was unintentional. Also, be sure to make note of what she said during the initial meeting. That way, if she plays dumb, you can repeat it to her.

Unfortunately, getting kudos for your work after someone else had laid claim to it is tricky. You don’t want to seem petty, so you can only course-correct if the topic happens to pop up indirectly with your boss. “In that case, you can say, ‘You know, Lucy really connected to that idea she brought up in the meeting, but it was actually something that I came up with,’” says Jansen. Otherwise, let it go this time. Calling her out on her behavior will hopefully discourage her from pulling something similar again.

Most bullies are like termites, slowly eating away at your confidence. “Rather than screaming at you, they’ll pick on your vulnerabilities in a subtle way,” says Jansen. “The bottom line: If anyone at work makes you feel uncomfortable, squeamish, intimidated or disrespected, you’re being bullied.”

How to deal: As uncomfortable as it might be, the most effective plan of action is to hash things out with her. Ask her to grab lunch or coffee — or just pull her aside and ask if you can talk — and tell her how you’re feeling. Start out by saying, “We work together and we should have the same goals, but I feel undermined, and here’s why.” “Be very specific,” says Jansen. “Instead of a blanket statement like, ‘I feel diminished when you put me down in meetings,’ bring up explicit instances when the person said or did something disrespectful.”

If the bully doesn’t lay off once you’ve talked face to face, escalate the situation to either your boss or HR, depending on your office environment. (If you trust your manager, speak to her about it; if she’s close with the bully, it might behoove you to go straight to human resources.) “Explain you’ve been having problems with the person, and there have been several instances where you felt very uncomfortable,” says Jansen. “Document everything that’s happened with the bully so that you’ll have specific examples to draw upon.”

Someone who doesn’t hold their own at work can cause serious issues. “Lazy coworkers often act as if they’re doing you a favor just for showing up,” say executive coaches Kathi Elster and Katherine Crowley, authors of “Mean Girls at Work,” “Working With You Is Killing Me” and “Working for You Isn’t Working for Me.” “Then, if you’re on the same team or project, you end up doing their work and resenting them for it.” It’s unfair to you, plus the overall product ends up suffering.

How to deal: They’re usually impossible to motivate (good luck prodding them to step it up), and they take advantage of others — assuming if you covered for them once, you’ll do it again. The solution is to cut them off from their source. “If someone is not pulling her weight on the job, don’t jump in and do their work,” urge Elster and Crowley. “People in authority will see their lack of performance.” It can be hard to let something slide, but ultimately your boss has to know that they’re not pitching in. Eventually, they’ll have to step up, or face the consequences.

Do you work with the office equivalent of The National Enquirer? “Gossip is like junk food — tempting to indulge in, but not good for you,” say Elster and Crowley. The root of her slandering is usually insecurity; she puts other people down to feel powerful, since she lacks confidence in areas of her life.

How to deal: Even if you’re not the one actively spreading rumors, listening to a gossiper go off on someone still perpetuates negativity, so it’s important to stop her dead in her tracks. “Let your badmouthing co-worker know you aren’t interested in listening to what she has to say about others,” say Elster and Crowley. “You can literally look at your watch and say, ‘Sorry, I’ve got to get back to work.’ Chances are, she’ll look for a more receptive audience.”

And if you find out that you’re the target? Address it with her. “Tell her, ‘It’s been brought to my attention you’re talking about me to our colleagues. If you have something to say, please come to me directly,’” explain Elster and Crowley. “When confronted, a gossip will usually back off.”

She has to be right, she dominates meetings, she always acts like has the answer — even when she knows next to nothing about the topic. Not only is it frustrating to feel like you’re fighting for airtime, but because she’s pushy about broadcasting her opinions, they might get adopted over other, better plans.

How to deal: Since know-it-alls are obsessed with being heard, the easiest way to handle them is to let them speak first — and actually listen instead of tuning them out. “Affirm what they say with statements like, ‘That’s interesting,’ or ‘I can see your point of view,’” say Ester and Crowley. “Then ask if they’d be interested in hearing your input. Once they’ve made their point, they can be receptive to taking in other people’s ideas.”

4 Things I Wish I Knew Before Opening a Wine Shop