Did the Pandemic End The Hustle Era? 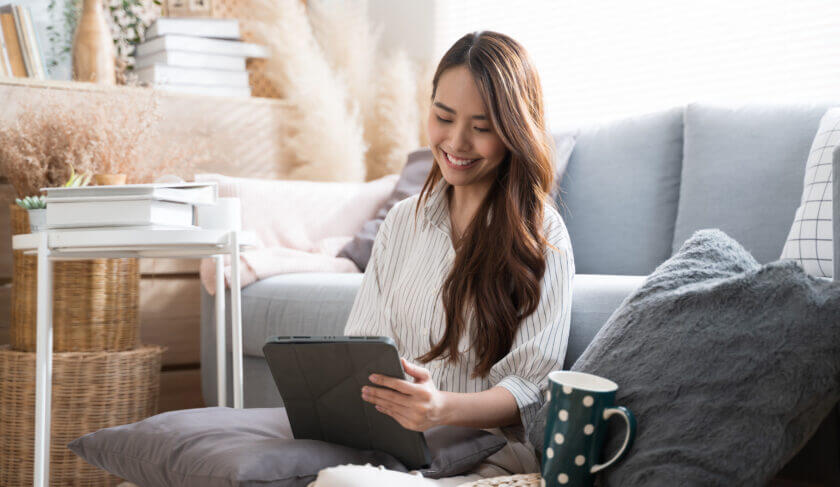 For many people, their life pre- and post-pandemic look incredibly different. There’s no denying the shift that happened across various industries, from real estate to travel. For many professionals, particularly millennials and Gen X, the hustle mindset was the only way to be successful.

As Amanda Augustine, a career expert for TopResume defines it, hustling is constantly working hard, with a great sense of urgency. “Those who embrace the hustle culture believe that the more you work, the more you’ll earn and, ultimately, the happier you’ll be,” she explains. Many people placed their self-worth on their productivity, or the amount of hours they worked. For years, burning the midnight oil, working through lunches, and even having a side gig on top of your 9-5 was not only encouraged, it was glorified.

But then, the world shut down. Millions of people were sent home from their office jobs — and they stayed there for months or years. This gave many professionals the first opportunity, potentially in their entire careers, to pause and reconsider their priorities. Coupled with Gen Z’s entrance into the workforce, hustle culture suddenly didn’t seem as sexy. Boundaries became important. Spending time with family and friends became a priority instead of an afterthought.

So, did the pandemic end the “hustle era? Maybe — and that’s a good thing. Career experts we talked to weigh in on everything from the difference between hustle culture and hard work, to how you can be a boundary boss and still be successful.

You can be successful — and set boundaries

Career consultant Danielle Langton says it’s important to decipher between the concept of hustling and working hard. They may sometimes be touted as the same approach, but in reality, there’s a vast difference. Hustling is doing whatever it takes to get ahead — even to the determinant of your health and happiness. “If you’re seeking a promotion at work, someone addicted to ‘hustle culture’ may work 12+ hours a day, putting in time on the weekends, always being available,” Langton explains.

Working hard means performing to your best ability, but also in a way that fits into your current lifestyle. “I don’t believe the opposite of ‘hustling’ is laziness,” Langton says. “It’s admirable for someone to know when and how to work for what they desire with clear boundaries.”

You can work for yourself

There’s a way to make the hustle era a little more personal. According to Shea Keats, the CEO of Breakaway Bookkeeping + Advising, the age of the entrepreneur is not only here, but it’s in full swing. Rather than working around the clock for someone else, they want to put that same drive and energy into their passions. “The pandemic surged this entrepreneurial shift and allowed for more support around these new business owners,” she says. “We’ve been seeing an increase in coworking spaces and companies set up to support entrepreneurs.”

You can work smarter, not harder

Though ‘quiet quitting’ continues to rank in search terms, it’s not about employees not caring about their jobs. It’s about doing what they must do rather than glorifying clocking long hours at work. Augustine says now, professionals will often pride themselves on producing results without working themselves into burnout. “The emphasis will be placed on working smarter to get the job done, not putting in as much effort or facetime as possible,” she says. “The ‘quiet quitting’ movement and focus on employee well-being and mental health in the workplace will continue to fuel this fire.”

You can demand flexibility

After the vaccination rollout and COVID-19 cases decreased, many offices reopened for their employees. However, while some C-suites were surprised to find their employees didn’t want to return to work, career expert Meredith Monday Schwartz says it shouldn’t have come as a shock. After all, they discovered they could deliver on their responsibilities from home and weren’t willing to give up that newfound flexibility.

“This new generation of workers prioritizes work/life balance in a new way: they don’t care if their boss sees them burning the midnight oil; in fact, they are unlikely to even look at, let alone respond to, a request that comes in after hours,” she continues. “We’ve found that we can be productive and have a life — we don’t need to be all work and no play to be successful.”

Looking forward, Schwartz says companies that offer fully remote work, a meetings-only-when-necessary policy and a four-day workweek will become the gold standard for office workers in the next five years.

You can use virtual tools instead of in-person meetings

With the massive shift to hybrid and remote work environments, Augustine says employers should rely on career-development solutions that align with the new world of work and can deliver major gains in engagement and retention. “Firms such as Careerminds and GetFive, who began their businesses offering outplacement services, have expanded their service offerings to include tech-assisted career development programs that aim to accelerate employee growth, increase engagement, and improve accountability across all levels.”

You can make balance the norm, not the exception

Since Augustine went full-time remote at the start of the pandemic, she’s been able to help her six-year-old get ready for school in the mornings. And she can greet him when he gets off the bus and catch up before she finishes her workday. This is a stark contrast from 2019, when she was out the door before her son woke up to catch an early train into the office. “There was a constant feeling of mom guilt,” she says. “Now my life is more balanced. I embrace taking an hour off at lunch to attend my son’s Halloween parade at school or walk the dogs around the block. Life is still stressful, but I find that I’m more focused on working smarter and meeting my goals rather than putting in long hours for the sake of showing productivity.”

Augustine’s story is much like many other working parents — you can still have balance, and it doesn’t have to be the exception. You can make it the rule when you let go of the hustle mindset.

SUBSCRIBE: Get more money tips delivered to your virtual front door each week! Subscribe to the free HerMoney newsletter today.

How To End Your Car Lease Early