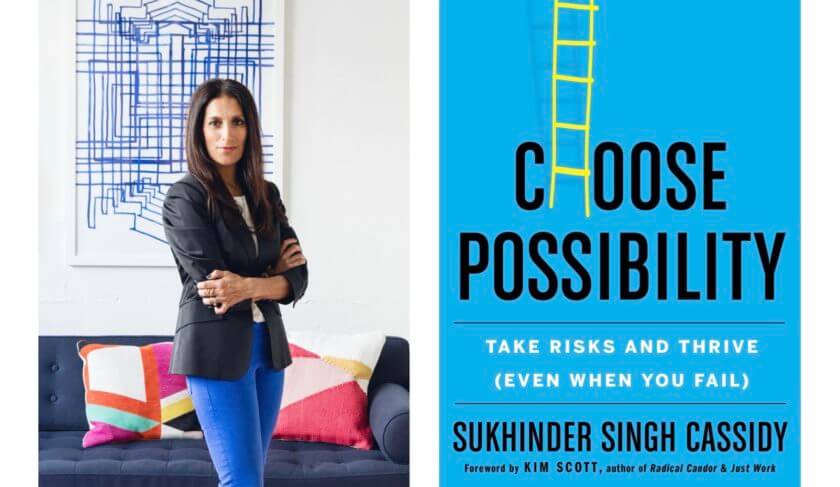 It doesn’t have to be so hard. Our guide to decision-making and risk-taking for anyone who's ever been afraid of making the wrong choice.

Whenever we want to make a change, do big things, or earn big money, we have to be willing to take a little — sometimes a lot — of risk. And despite the fact that this last year seemed, at times, so very mundane, we were all flexing our risk-taking muscles in a major way.

We took a risk when we, perhaps, moved across the country, moved back in with a parent, or had a parent move in with us…

We took risks when we applied for a new job, or asked our boss for a raise even when economic times were uncertain…

And the reason why risks always seem like such a big deal — and why they are a big deal — is because we never really know if we’re going to be successful. There’s always that lingering doubt that we might fail… But wouldn’t it be great if we could approach our risk-taking with a better understanding of what’s required to achieve lasting success? Or with more faith that we could find a silver lining in the face of failure?

Sukhinder Singh Cassidy, author of “Choose Possibility: Take Risks And Thrive, Even When You Fail,” joins us this week on the HerMoney podcast with the ultimate guide to decision-making and risk-taking for anyone who has ever found themselves afraid of making the wrong choice. Sukhinder is one of the most well-respected female tech executives in Silicon Valley who founded three companies, including theBoardlist — an organization dedicated to placing women on corporate boards — and she just served as president of StubHub, which sold earlier this year for $4 billion.

Listen in as Sukhinder tells us of the “wrong” choices she made in her career, and how she learned to turn those down moments into successes. She also details how personal success does not come from making one singular “correct” or “big” decision.

“Risk and return are not always correlated. I’ve taken small risks with big returns, I’ve taken big risks with no returns. I’ve taken some of the biggest risks and not had the returns in the short term. But again, I tried to have an impact. Whether I failed or succeeded, I have my result, and I have feedback, and then I play that into my next choice.” Sukhinder says.

We can all build our risk taking muscles, she explains — and she tells us how. She also dishes on some of the “seven myths of success” and why we’re often trapped into believing them. (Hint: Long-range success comes from tackling numerous choices that are aimed at optimizing future possibilities.) We also dive into what it means to take risks before you have perfect clarity about your goals.

We also talk about the role that risk-taking plays in a woman’s success, and our risk-taking with the markets + investing. We know that women are more risk-averse than men when it comes to their investments, and we invest less than men overall… So how can we get comfortable with the idea of financial risk?

And we look at what happens when you make a wrong choice — perhaps even a series of wrong choices, or one spectacularly-bad-yet-carefully-considered wrong choice… How do you then relearn to trust your instincts so that you can move on, and continue taking risks in life, confidently? We also tackle how to make decisions when there is seemingly no good answer — those quintessential “lesser of two evils” choices.

In Mailbag, we tackle questions on where to invest an extra $3,000 a month, and whether or not it’s possible (or advisable!) to buy a condo in Chicago while earning $48,000. And in Thrive, we dive into millennials and the great wealth transfer that’s coming in the next decade.

7 Productivity Hacks Even in the Dog Days of Summer
Don’t miss an episode: