The Job Mismatch Roadblock: How To Get Past It 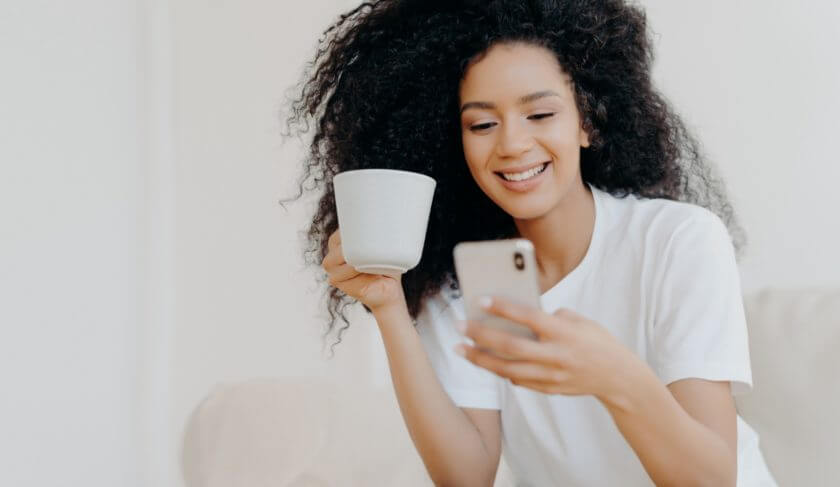 10 million job openings. 8.4 million unemployed. We're diving into the mystery at the heart of this economic recovery.

Not subscribed to HerMoney’s weekly newsletters yet? This is what you’re missing! Here’s a look at what we published in our “This Week In Your Wallet” newsletter, Tuesday, September 7, 2021.  Subscribe Today!

This Week In Your Wallet: The Job Mismatch Roadblock

Let’s talk about Labor Day. Whether you were able to enjoy the three-day weekend, are in the throes of a heart-wrenching clean-up from Ida or took a breath last night to mark the start of the Jewish New Year, it was a Labor Day that felt more momentous than most.

This was the weekend that millions of people (including many, many freelancers) lost the enhanced federal unemployment benefits that have helped them through the seemingly never-ending pandemic. If you’re unsure what will (or will not) be coming your way, CNET has a solid rundown.

Although these expanded benefits have been blamed for keeping people from looking to reenter the labor force, a Wall Street Journal analysis refutes that. What has kept many people, notably women – and particularly women of color – from stepping back in, are caregiving responsibilities for both children and other family members. (Those who have re-entered the workforce or never left tell HerMoney “there’s no such thing as balance.”)

A Lid For Every Pot?

The other roadblock is a serious mismatch between the jobs that are open and the skills of individuals who are looking for employment. “A mystery sits at the heart of the economic recovery: There are 10 million job openings yet more than 8.4 million unemployed who are still actively looking for work,” a team of reporters wrote for The Washington Post, as the country added an underwhelming 235,000 jobs in August.

What’s going on? It seems to be a compilation of “Re’s.” There’s The Great Reassessment, as The Post’s Heather Long notes, of millions of people taking a good hard look at their working lives and deciding they don’t want to revert to the same old, same old. They want a safer environment, better hours, and higher pay. Although some are now prioritizing more time with family or have left urban environments for a place with a slower pace, others have swapped say, restaurant work for warehouse work where the hourly pay is greater. That’s why pretty much every restaurant (at least the ones I’ve visited) has a “Now Hiring” sign in the window.

Couple that with The Great Resignation – the 13% more people leaving their jobs than before the pandemic (again, many because of those responsibilities at home). And throw in The Great Retirement with 2 million more people retiring than were expected to – some because their 401(k)s have hit new highs – others because they were pushed out as business slowed… Re-re-re…you get the picture.

Make Me A Match

So, if you’re in the market for a job – whether it’s your first or you’re looking to make a change – how do you approach this market? One thing that always helps is to know where the jobs are.  That way, you can at least attempt to match your skills with industries that have a lot of feelers out. CNBC’s analysis of the August jobs report shows that (contrary to my anecdotal take) restaurants, bars and other parts of the hospitality sector hired not at all (at least on a net basis) last month. Professional and business services, warehousing, manufacturing, information services and financial services added a decent number of positions. CNBC’s Thomas Franck also noted that factories that produce cars and parts for cars added jobs – perhaps that will do something to ameliorate the dearth of available autos.

Step two is to tweak your search process so you don’t run afoul of automated resume systems that bypass worker after worker even when they sorely need them. A new report from Harvard Business School takes a deep dive into the problem of “hidden workers,” i.e. millions of folks that the systems are simply not surfacing. They fall, the authors of the report write, into three major categories. Some are “missing hours,” working part-time when they could or would work full-time, some are “missing from work,” and have noticeable resume gaps, and some are “missing from the workforce,” and not seeking work actively, although they would work if they found a suitable situation.

The report is full of recommendations for how companies can adjust their hiring processes to unearth this talent. But, as a job-seeker, what can you do? Revert to old fashioned tendencies to get your resume a look, suggests The Wall Street Journal’s Kathryn Dill. Ask friends and acquaintances if their companies are actively recruiting and if they can refer you. Read local news to get a sense of companies that are hiring, then scour your networks for names of people you know there. Tap into networks and companies that actively specialize in helping people reenter the workforce. (Here’s a conversation with one, ReacHIRE, from an earlier episode of my podcast.)

And When You Do Land That Offer? (Because we know you will)

Make sure the benefits package is up to snuff.

Last But Not Least…

I heard from a few of you that you missed out on enrolling for the last session of our coaching program FinanceFixx. Another session begins next Monday. And, if you’re not sure if financial coaching is for you? I explain the difference between a coach and an advisor here.