First Class Vs. Economy: Is the Splurge Worth It? 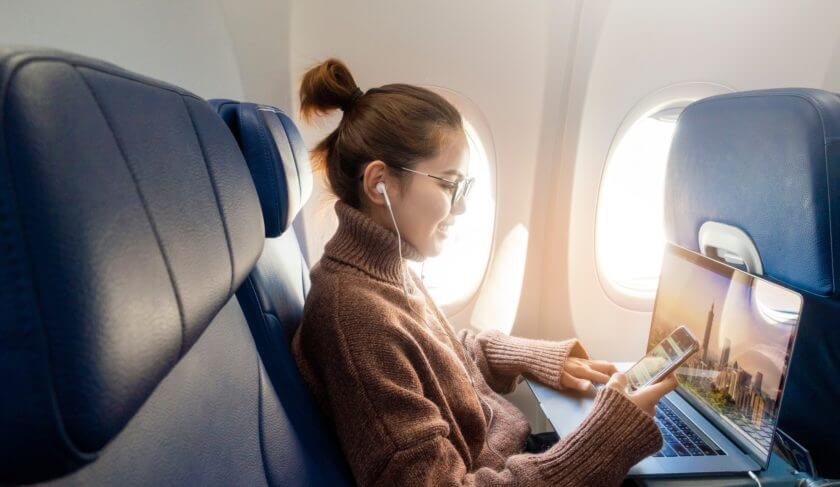 As a self-described bargain shopper, I flew first class for the first time. Here’s the scoop on cost, amenities and whether it was all worth it.

The number of people traveling via air is up about 83% when compared to 2020.Although we aren’t flying like we were in 2019 just yet, plenty of us are ready to get back to flying the friendly skies. Some experts say that people are even springing for upgraded experiences when they fly. After all, it’s been a while, and many of us have had two years to save for a splurge.

I definitely understand the desire for upscale, first class travel. I love experiencing new sights and cultures, but I loathe being crammed into economy seats that offer zero personal space. However, at my core, I’m a self-described “bargain shopper,” so I always buy an economy ticket. But not this year. I  flew first class for the very first time, and I couldn’t wait to share my experience. Here’s the scoop on flying first class, what amenities Delta currently offers, and whether it’s worth the extra cost.

If you’ve ever flown economy, you know it can feel like being herded into a cattle pen. Everyone moves slowly and seems to struggle with stowing their carry-on baggage overhead in a timely manner, which adds up to a long wait to find your seat.

With Delta’s first class ticket, flyers receive Sky Priority status, so they are first to board—sort of. Delta’s Medallion status members, those who need some extra assistance and those in the military get to board before first class ticket holders. However, only a handful of people fit into these categories on my flights, so it wasn’t a long wait at all.

I’m an anxious traveler, so finding my seat without a huge line of people behind me was much less stressful.

It’s an understatement to say that economy seats on any plane are tiny and way too close together. So, I breathed a sigh of relief when I saw that the first class seats were two to a row, rather than three like in the economy section of this particular plane (an Airbus A220-100). In fact, I was downright overjoyed to find that I didn’t have to endure a three-hour flight literally rubbing shoulders with the passenger beside me.

Delta’s website notes that their first class seats have up to eight inches more legroom, up to a 5.4 inch recline and an 11 inch entertainment screen for most flights. You may also enjoy seats that are up to five inches wider in first class.

The tray tables also work differently in this section, at least on this flight. Rather than pulling a tray down from the seat back in front of my seat, I pulled a tray out of my seat’s armrest. Picture the desks from school that are attached to a chair, and you’ll have the right idea.

One of the things I was most excited for with this trip was the food and beverage service. However, it didn’t really live up to my expectations. But I’ll say that this is still due to pandemic-related restrictions — Delta has not brought back the pre-flight beverage service travelers enjoyed pre-COVID. Not a big deal, but something you should keep in mind if you decide to fly first class for the foreseeable future.

Once we were in the air, flight attendants stopped by each first class row to take drink orders. First class passengers could enjoy ‘complimentary’ wine, beer, liquor and non-alcoholic beverages. Food aboard the plane consisted of snacks (think potato chips and granola bars) tucked into a basket and offered to first class passengers by an attendant. Delta recently resumed hot meals on domestic flights, but only those over 900 miles. My flight was just under that, so unfortunately I missed out.  On the upside, Delta served my Prosecco in an actual glass on my return flight, which could be a signal that they’re returning to slightly more ‘normal’ times.

Delta’s attendants offered complimentary earphones for those who forgot theirs at home. In first class, the attendants collected trash by hand, placing it on a silver platter before carrying it away. Honestly, that felt a bit weird—especially when one attendant thanked me for my empty wrappers and water bottles.

I’ve always heard of first class attendants offering hot towels aboard the plane, but that was not an option for our flight. It seems that along with pre-flight beverages, those are still on hiatus.

A first class seat on Delta automatically includes one carry-on bag and two checked bags, plus a personal item. If I were buying an economy ticket, only a personal item and a carry-on would have been included. I would have had to pay an extra $60 round-trip for one checked bag and another $80 for a second checked bag.

When I spoke with a gate agent at Delta, she noted that it’s worth comparing first class tickets to economy. Sometimes, depending on how much baggage you have, the two totals might end up being closer than you’d think after adding all those baggage fees to the economy price.

Think about it: If you have two checked bags that are going to cost a total of $140, but the upgrade to a first-class seat is anything under $139 one way, or $279 both ways, go for it! (Just check to make sure you don’t qualify for free checked bags with some other option first. For example, some credit cards or airline status levels get you free checked bags, all the time.)

For my trip, I flew out on a Saturday morning and returned on a Tuesday. I paid $524 for my first-class ticket, which included a carry-on and two checked bags. In reviewing economy options, I could have paid around $160 for an economy ticket that just included the carry-on. Even with two checked bags flying with me both ways, economy would have been cheaper than flying first class… But the pricing in this case was close enough for me to pull the trigger on first class anyway… and I’m glad I did. Which brings me to my last point.

IS FIRST CLASS REALLY WORTH IT?

Was flying first class really worth it for this bargain shopper? The answer is mostly yes.

The major reason I say this is because first class removed almost everything I dread about flying: the cramped seats, sitting too close to random strangers, waiting forever to get off the plane. The extra money I paid for the ticket, when compared with the economy pricing, was worth eliminating that end-of-vacation dread of all the stressful, irritating parts of flying. And the glass of Prosecco certainly didn’t hurt, either!

CSA Season Is Here: How To Find The Right Box For You