HerMoney Podcast Episode 309: Mental Health: You Are Not Alone 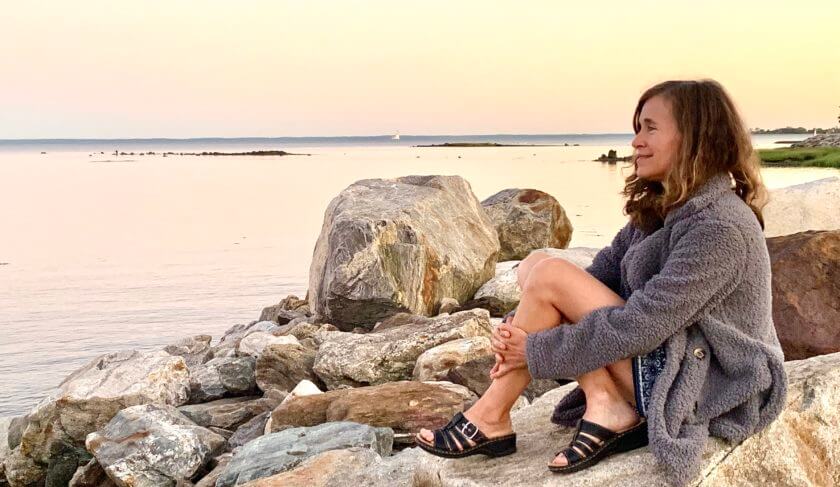 How to find a lifeline during tough times, with Melissa Bernstein, co-founder of the toy company Melissa & Doug, and CEO of LifeLines, a mental health platform.

So many of us have had an incredibly difficult few years. We’ve lost jobs and lost loved ones, and while we’ve grieved, in many cases, we’ve dealt with it all by doing what so many women often do — we simply soldier on. We put on a brave face, and keep doing what needs to be done to support our bosses, or children, our spouses or our parents — the list goes on.

But this week, let’s stop. Let’s take a minute to get real about how we can start spending more time on ourselves, and take a critical look at our mental health. In a new study from the University of Buffalo, 19% of women reported clinically significant depressive symptoms during the pandemic. And according to a study from the New York Times, more than half the mothers with children under the age of eighteen have reported a marked decrease in their mental health over the last two years. The Buffalo research referred to this as a “silent epidemic” that has resulted in worsening mental health for women all over the country. And even if you haven’t struggled yourself, you know women who have.

There’s been a growing chorus in recent years to increase the dialogue around mental health, and de-stigmatize the struggle, which we love seeing, because for far too long, mental health was like money — it was something that you just didn’t talk about. If you were struggling, it was a source of shame… But we are so grateful that the tide is turning, and that more of us are seeking help when we need it, and realizing that we are not alone.

And it’s that phrase: “You are not alone” that this week’s HerMoney Podcast guest wants us all to hear. Melissa Bernstein is co-founder of the wildly successful toy company Melissa & Doug. She is the creator of 5,000 toys which have sold billions of dollars, and she is also a mother of six. Melissa has also been on a decades-long journey to triumph over anxiety, depression, and despair. In 2020, she launched LifeLines, a website filled with content and tools to help other women struggling with their mental health with a simple goal: to help and support as many people as possible.

Listen in as Jean and Melissa discuss her message: You are not alone. Melissa tells us why it resonated with her so much, and why she thinks it resonates with other women. She also gets real about why we’re so quick to link success with happiness, and why that’s so dangerous. (She says that “no one would have ever guessed” that a successful, happily-married mother of 6 would be struggling to fight such darkness and despair.)

Melissa walks us through her journey to LifeLines, and what it was like to start Melissa and Doug with her husband in her garage in Westport, Connecticut in 1988. She tells us what her entrepreneurial journey has been like, and what it was like to launch two companies with such different mission statements and goals — first Melissa and Doug, then LifeLines.

Melissa also gets tactical about the verses, phrases and tactics that have helped her have breakthroughs with her mental health. She shares those that have helped her survive and thrive. (We know that women have been struggling with mental health issues more during the pandemic… What Melissa shares can help us feel better and get “back on track” to living in a way that will bring us more joy.)

We were also struck by her guidance on online shopping, which the HerMoney team has been doing far too much of during the pandemic: “I often have a lot of shopping carts that are full, and I’m about to press ‘buy,’ but I go through the work, and I’m so proud of myself when I don’t buy it, because it’s trying to fill an inner void with external material goods, and you can’t fill something that is on the inside with something on the outside,” Melissa says.

In Mailbag, we hear from a listener who has money left in a 529 after her child has graduated, and we advise a woman who is wondering how to transition from accumulating to spending in retirement, without worrying. And in Thrive, the moves to make if you haven’t been able to save money for a while.