4 Female Entrepreneurs On What Made Them Finally Start Investing 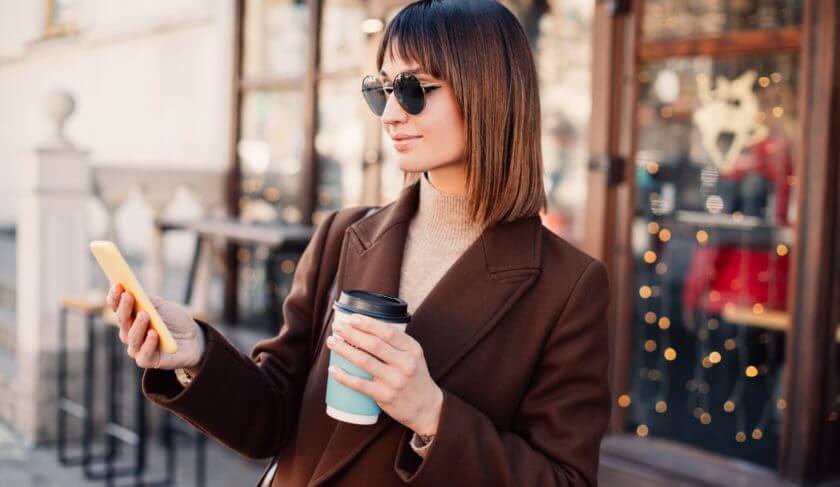 Get going already… and let these trail blazers light your path if you're ready to make the plunge and finally start investing.

What gives you financial anxiety? Sometimes, we have the most stress around the things we don’t talk about — the unknowns. And since financial matters are still not discussed often enough in most households, this can make everything from basic bill paying to investing in the stock market seem intimidating. But here’s the thing — statistically, women are better, more successful investors when they put their money into the market. When we invest, we earn greater returns than our male counterparts. But it’s that “when we invest” part that’s tricky — women invest less than men on average, as much as 40% less, according to some studies. If you’ve yet to dive into the stock market, consider this your nudge to get going. If you feel unsure at first, that’s okay. Most of us did when we were first dipping our toes into the waters or investing. We’re hoping these stories from female entrepreneurs on what made them start investing will inspire you to jump on it, ASAP.

“Only invest money you can afford to lose.”

Three years ago, while still working on the New York Stock Exchange, Lauren Simmons spent her days moving money around for other people. However, she only started investing for herself last year, at the age of 25. Since Simmons was the youngest female stock trader on Wall Street at the time, that may come as a shock, but she clues us in on a little secret: “What they don’t tell you about the stock market is that hardly any of the professional traders actually invest in it themselves. They generally prefer to put their money in real estate or more exotic assets.”

For a while, she adopted this mindset, too, but now as an author, executive producer and the host of Going Public, she decided to switch her strategy. “After hammering down my student debt, I was finally at the point where I had some spare money, and I didn’t want to leave it in a savings account earning 0.1 percent interest and being eaten away by inflation,” she explains.

After waiting for a dip in the market, she jumped in and built her portfolio of companies she believes will grow steadily over time and thus, create a financially secure future for herself. It’s the same tactic she recommends to other women who are delaying investing: Only invest the money you can afford to lose. This means starting by paying down student loans, paying off your credit cards an or any other high-interest debt first. Then, look to gather six months’ worth of an emergency fund. “Once you’re in a position to invest, educate yourself about the market by reading Bloomberg or watching CNBC and learn what signals you should pay attention to and what’s just noise,” she recommends. “For women who are nervous about investing, a good entry point can be to buy into an ETF that automatically rebalances to track the market. Most allow you to set your risk tolerance and mix bonds and equities, so the market swings shouldn’t be too stomach-churning.”

“Your fear is likely due to a lack of knowledge and concern about losing money.”

At the age of 28, a mentor and colleague of Teri Williams encouraged her to sign up for the 401(k) plan at American Express, even though retirement was the furthest thought from her mind at the time. Her mentor explained that since the company would be matching her contributions, it was a no-brainer investment to make. Then, in her 30s, Williams started investing for her children, in the form of a college fund for their future. Today she’s the president and chief operating officer at OneUnitedBank and a business and real estate owner. All of these investments have contributed to her wealth.

Before you can feel comfortable with the risk of investing, Williams says it’s essential to address your fears. She says many of us may feel anxiety due to a lack of knowledge and concern over losing money. This is why a shift in perspective from short-term to long-term is critical. “Most investments have good and bad years, but over time, the long-term stocks and real estate perform well,” she says. “Put aside funds through an automatic savings plan so that you will not spend all your money each pay period. Then, once your savings accumulate, begin investing in assets that you are most comfortable with.”

In her late 20s, Liz Giorgi was working for herself, and she wanted to ensure she had a retirement plan of some kind. After reading countless finance books, she started her investment journey by opening a Roth IRA account for its tax advantages and flexibility. This move was a game-changer once she received her first statement and realized her $2,000 investment had already made $200. “I was hooked. The idea that my money could make more money was exciting to me, and so I started to read and explore new investment options even more,” she says.

Now, as the co-founder and the CEO of soona, she invests in several ways, including via herRoth IRA, but also via a 401(k) she maxes out each month. She also recently started investing in small businesses that have missions she believes in. For other women who want to get started, she says to go slow and try new things. And of course: actually read your monthly, quarterly and annual statements! “ It’s easiest to learn by actually doing it and seeing the results. You will start to discover what works for you and what doesn’t as you try more, and your fear will turn into excitement as you build your wealth,” she says.

For Erica Groussman, the CEO of TruWomen, investing is in her genes. Her parents raised her to think about stocks and her financial future, and at the age of 16, they started putting money into an IRA under her name. She deposited $1,000 to 2,000 a year and also invested in a few stocks she found interesting. “The earliest stocks I invested in that I can remember is Apple, but it was nowhere near today’s worth. I think Apple was worth $4 a share then. Another stock I invested in was Disney, and then in my 20s, I remember investing in DreamWorks and Sirius Radio. I think I sold DreamWorks too early, but I did well with my Sirius stocks,” she shares.

Her advice is simple. Start now. And don’t be afraid to dabble. Many investment brokerages offer trades starting at $4, which make investing a much more affordable option that most novices may suspect. “Instead of getting your coffee every day, start by putting away that money. That can add up. Then, start taking the money you have saved and invest in something,” she continues. “You don’t need to invest vast sums of money: it can be $50, even $100. I love to play the stock market. I find it incredibly interesting, and I love learning about when a company is going public and what it’s doing. It’s gambling, but legally, and you’re gambling on a company with real revenue.”

How to Get Your Finances in Order During Spring Cleaning