Advisor vs. Advice: What Do You Really Need? 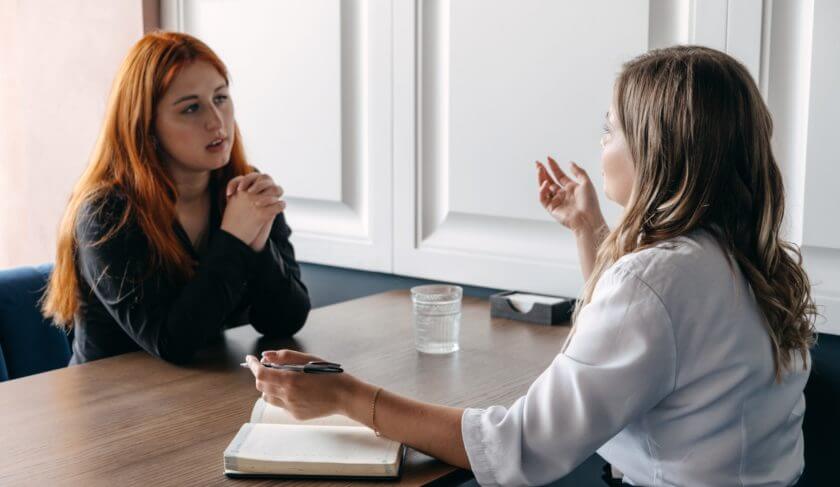 “How do I know when I need a financial advisor, and how do I find one?"

Not subscribed to HerMoney’s weekly newsletters yet? This is what you’re missing! Here’s a look at what we published in our “This Week In Your Wallet” newsletter, Tuesday, May 11, 2021.  Subscribe Today!

This Week In Your Wallet: Advisor vs. Advice

“How do I know when I need a financial advisor, and how do I find one?”

That question —  or some form of it —  definitely makes the list of the top 5 questions I get asked. My answer, admittedly, varies based on who’s asking. For someone with a retirement portfolio they’ve spent decades building and are trying to figure out how to make it last for the rest of their life, I’m going to recommend an advisor. Ditto for most people going through divorces. And all those very busy people who know they should be paying attention to their money, but just don’t? They need an advisor, too.

But, if you’re saving at a good pace, looking to figure out how to invest the money in your retirement account, or trying to decide whether your next step should be to level up your IRA contribution or pay down high interest rate debt, then maybe what you need is advice. That, as the Wall Street Journal’s Veronica Dagher wrote over the weekend, has many women —  women of color, in particular — turning to social media and their peers. She shined a spotlight on Adri Saul, a Latina in her 30s who has amassed a  $5,000 portfolio since joining the private HerMoney Facebook Group last spring, and called it a “nonjudgmental place to learn about investing.” (I high-fived myself reading those words. Nonjudgmental is what we aim for, every single day.)

If you’re looking for similar camaraderie, we’d love to have you. Recent threads have focused on helping a member figure out how much she can spend on a home, understanding the difference between managed and unmanaged retirement accounts, and how to stick to a budget after you’ve consciously uncoupled. Dozens of helpful comments follow almost every question. Also, when called for, virtual hugs.

After Friday’s dismal jobs report — which tallied that the country added just 266,000 jobs in April, a fraction of what was expected, and also revised March gains down by 146,000 — many economists and pundits immediately pointed a finger at the additional $300 in supplemental weekly unemployment benefits still being paid from Federal coffers. That money combined with state unemployment has made it too hard for companies to hire, they said. For the record, these University of Chicago Researchers disagree. They found the added unemployment dollars didn’t dissuade job seekers much. President Biden weighed in on Monday, noting that his administration would work with the states to make sure that people offered “suitable” jobs couldn’t turn them down, but would still be able collect benefits when specific conditions (like childcare) prevented them from returning to work.

Personally, I think this is more about childcare than just about anything else  — and that Treasury Secretary Janet Yellen got it exactly right. Briefing reporters at the White House on Friday, she said: “When I first came to Washington in the early ’90s, a higher percentage of American women worked than almost any other developed nation. Out of the 22 wealthiest countries, we ranked sixth in the labor force participation. By 2010, America fell to 17th. By the eve of the pandemic, women’s labor force participation was hovering somewhere near where it had been in the late ’80s and early ’90s. Male labor force participation has fared even worse. A smaller percentage of men are working now than at any point in the last 70 years. There are many drivers of these trends. But an undeniable one is a lack of support for people as they raise children and care for older relatives. Our policymaking has not accounted for the fact that people’s work lives and their personal lives are inextricably linked, and if one suffers, so does the other. The pandemic has made this very clear.”

Two Views On Inflation and the TINA Rally

Yellen was also asked about inflation and whether she believes employers who have to raise wages to bring back workers will lead to worrisome rising inflation. She said no — that she and the economists on her team are of course watching this closely, but that they haven’t seen across-the-board wage inflation. They do expect it will return to “normal” levels.

Wharton Professor Jeremy Siegel disagrees. He believes inflation will rise 20% in the next three or four years (note: read that last sentence carefully —  he’s not saying it will rise to 20% but rise 20% above where it is now, meaning that it could hit as high as 6.7%). He predicts the Federal Reserve will react as soon as later this year and start to a) hike interest rates and b) slow or stop buying bonds. Will that take the wind out of the stock market’s sails? Siegel says no, and nods to TINA: There Is No Alternative, i.e. no other place to put your money that makes as much sense as stocks continue to do.

Panic At The Pump

By now you’ve likely read all about the ransomware attack that brought production at the Colonial Pipeline — which moves more fuel than any other pipeline in  the US — to a halt. As Reuters recaps, some of the smaller lines were restarted over the weekend, but it won’t be until later this week that the whole thing is back in gear. Cue higher prices at the pump, panic-buying and, now, shortages. Whether or not you’ll feel the impact depends on where you live — the Southeast and Northeast will feel it the most.

Finally, we’ve long known that we spend more with credit than we do with debit than we do with cash. Why? Credit feels less like real money. It’s less painful to use because we know it isn’t the same as parting in real time with $10s and $20s. But now, some new research draws back the curtain even further to show us that spending with credit doesn’t just “ease our inhibitions,” as Cheryl Munk Winokur writes in the Wall Street Journal, “it actively encourages purchases.”  In other words, when you swipe, you get a more rewarding pop in brain activity than you do when you buy the item using cash. Just a little something to keep in mind when you’re trying not to spend. (If you need a little help with the latter, check out the next installment of my FinanceFixx Course, launching May 24. “I thought I had a really good handle on all our spending. But after the first week or so of exercises I was a bit shocked to see how our money was being spent. I had no idea! Jean’s approach of getting close with your data makes a lot of sense,” a recent participant said.)

HerMoney Podcast Episode 265: IRAs: Everything You Need To Know