Women Are Better Investors Than Men 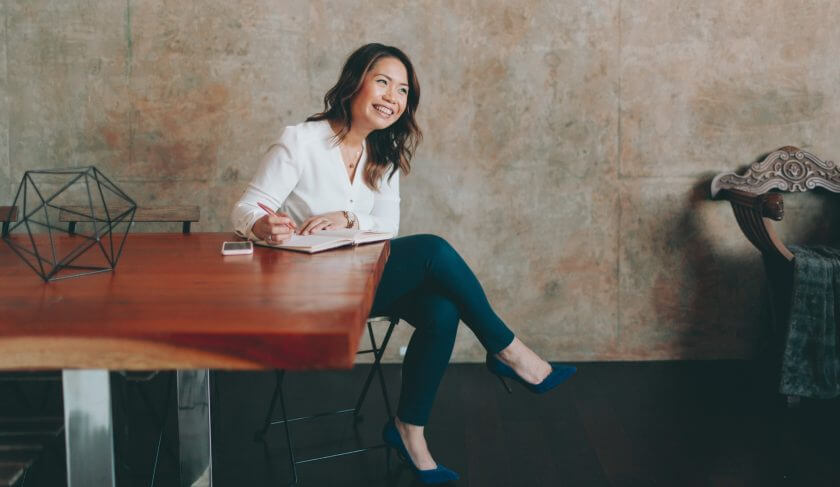 A study from Fidelity Investments found that women earn higher returns on their investments and save more than their male counterparts.

Women are actually better investors than men – we just don’t realize it yet.

A 2017 study by Fidelity Investments found that women earn higher returns on their investments than their male counterparts by about 0.4 percent. This number may seem small at first glance, but can have a “significant impact” over time, the study says.

Yet only 9 percent of women expected that they would outperform men.

“It was shocking,” says Alexandra Taussig, senior vice president of women investors at Fidelity. “Women need to lean in and own the fact that they’re better investors and celebrate that. As we would say, ditch the doubt.”

There are a few reasons why women investors tend to outperform men. In general, women take a more hands-off approach to investing, which allows their funds to gain a better return over time.

They’re also more cautious: Statistics show that men trade their stocks 45 percent more than women do. These differences are so well-documented that there’s even a book titled “Warren Buffett Invests Like A Girl: And Why You Should, Too.”

Taussig says that in her experience, women view money as a tool that they can use to accomplish their goals, while men tend to view investment as a game to be won.

“Men have a less long-term view and less patience. They… look at investing as a competition to see (if they are) beating the benchmarks,” she says. “Women evaluate success by saying, ‘Am I on track to achieve my goals?’”

Although it’s great news that women are successful investors, they still have a long way to go to be on equal footing with men financially, Taussig notes. Important steps include breaking down the stigma of women talking about money, building confidence when it comes to financial decisions, and increasing access to resources that address women’s specific concerns about money.

“Money has been a taboo topic. Women are more comfortable talking about health than money,” she claims. “When we open it up and start talking in a human way, the shackles fall off, and the questions just start coming.”

Fidelity has a site aimed specifically at women investors, and other financial outlets like Ellevest are on the rise. It’s clear that more women are engaging with financial services, a sector that has typically been dominated by men.

But just as women may need to change their perspectives on money, the financial industry needs to change how it engages women investors, as well.

Women should think of themselves as investors, Taussig advises. Don’t feel like one? Anyone with a 401(k) or other retirement plan is an investor and should embrace that role. It’s also time to ditch the myth that you need to do everything right in order to get a return on your investments.

“Women try to be perfect, but you don’t have to be perfect,” she points out. “You just have to do more right things than wrong things over the course of your life.”

Taussig doesn’t shy away from sharing her own financial mistakes: “I bounced a check to the minister when we got married,” she says with a laugh. She’s also borrowed from her 401(k) and had a large amount of credit card debt.

Although many women think mistakes like these will entirely derail their finances, most of the time, that’s not the case. “A lot of women are doing a lot of things right. We need to take credit for that,” she says.

It’s also time to change the narrative around women and money, she says. Alarmingly, Fidelity found that only 25 percent of women say that they are a primary decision maker (which includes being a decision maker alongside your partner) in their households.

It’s a cycle: women are intimidated by finances because they don’t feel in control. That intimidation keeps them from becoming more engaged and building confidence, which in turn keeps them from engaging wisely.

“Women have half the confidence and twice the stress when it comes to money,” Taussig says.

But by educating themselves and taking small positive financial steps, we can change that.

“What we are trying to do systematically is introduce a new cycle,” she says. This cycle of empowerment includes encouraging women to talk about finances, engage with financial education, and to act, even it’s just by doing something small like increasing their retirement contributions by one percent.

By taking a small step every three to six months, people can drastically change their finances, she advises.

“That’s where you start to build muscle memory and confidence in order to break this lack of confidence and stress dynamic that we’re in now.”