How to Increase Your Confidence as an Investor 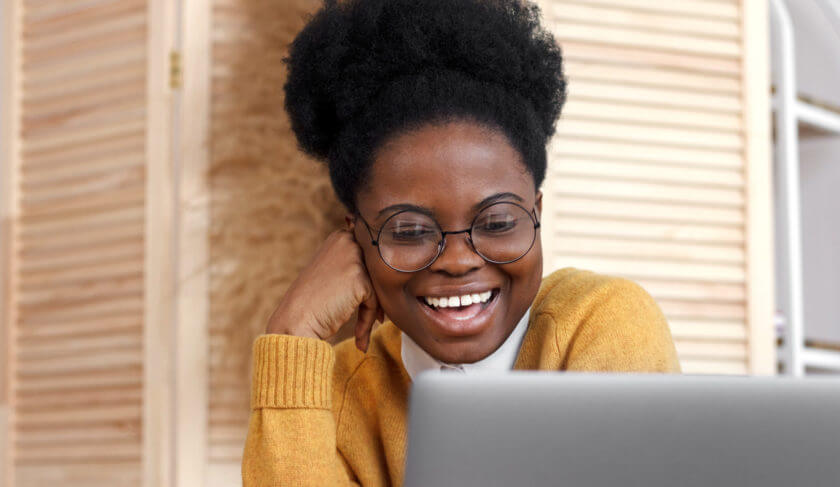 Plus more advice for boosting your financial confidence!

Not subscribed to HerMoney’s weekly newsletters yet? This is what you’re missing! Here’s a look at what we published in our “This Week In Your Wallet” newsletter, Tuesday, October 12, 2021.  Subscribe Today!

This Week In Your Wallet: Investing Like a Boss

Q: Since the start of the pandemic, have you found yourself investing more – specifically, more outside of your retirement accounts?

A: The good news is that for over half of women – and I’d venture to guess a whole lot of men, too – the answer is yes. According to Fidelity’s 2021 Women and Investing Study, 50% of women say they’re more interested in investing since the start of the pandemic (kudos to that) and 42% said they have more money to do so.

What’s that big leap all about? As researchers know all too well, one of the most frustrating things about data is that it gives us the numbers, then often leaves us to answer the question why? In this case, the more money part is pretty easy. Our pandemic wallets – flusher because of the things we weren’t doing (eating out, commuting, traveling, buying work clothes) – gave us more leeway to invest. As for the additional interest, I’d point to the bull market (a party more people have wanted to attend), minuscule savings returns (which have led to what insiders call the TINA or “There Is No Alternative” trade), and things like meme stocks and SPACs in the headlines (FOMO all around).

One thing that hasn’t grown as much as we’d like to see, though, is the confidence that women feel when we invest.  (If you’d like to hear my explanation of why it’s lacking, then tune into tomorrow’s podcast where I relate it to my tale of making eggplant parm. And if anyone can tell me if the layers for a dish like this are supposed to have a particular order, then I would appreciate it.) But, here’s the thing: Fidelity analyzed over 5 million customer accounts over a 10-year period and showed that women outperformed men by 40 basis points on average.

That result sent me back to the internet searching for a report by then UC Davis professors, Terrance Odean and Brad Barber. From 1991 through 1997, they were granted access to thousands of accounts from a leading discount brokerage firm in order to study gender behavior and results. And they discovered men were trading 45% more than women and earning, on average, 1.4% less.  Now, part of that difference they wrote off to trading costs.  The rest, to hubris. They titled their paper: Boys Will Be Boys: Gender, Overconfidence and Common Stock Investment.

One of my favorite television shows of any week, in any season, is “CBS Sunday Morning,” helmed by the elegant Jane Pauley.  My husband and I always tune in to hear the sound of the trumpets, and watch the quirky and educational mix of stories that we know is aimed squarely at our demographic (although I take to heart that my daughter’s boyfriend, 24, makes a point never to miss it as well).

Anyway, this weekend didn’t disappoint. If you’ve been wondering why the things you’ve ordered have been taking so long to arrive – why important items are missing from store shelves – reporter David Pogue explained the supply chain in words and pictures.  Interestingly, it’s not that goods aren’t coming into the U.S. Actually, there’s a glut of them. We just don’t have the trucks to move them to where they need to go – nor the people (drivers, warehouse workers, etc.) to get them into position for sale.

The good news: While Pogue’s source, MIT’s Yossi Sheffi, says that “without government intervention” things will return to normal by the second quarter of next year, Bitcoin denier and JPMorgan Chase CEO Jamie Dimon, sees light at the end of the tunnel sooner.  “This will not be an issue next year at all,” he told an audience of conference attendees on Monday.

And Speaking Of Those Workers (Warehouse And Otherwise)

By now, you’ve probably heard that the September jobs report – with just 194,000 workers added to the employment rolls, far fewer than anticipated – was a disappointment.  With unemployment supplements out of the picture, economists had pointed to this as the month that workers return.  Granted, there was a little noise in the data.  Some of those workers (teachers, for instance) had come back earlier as schools reopened.  But there was no missing the message, as The Washington Post’s Heather Long wrote: “…America’s unemployed are still struggling with child-care and health issues and they are reluctant to return to jobs they see as unsafe or under-compensated.” (Even bonuses and the prospect of free college tuition isn’t luring enough workers to warehouses to insure a worry-free holiday season.)

As we have seen gain throughout the pandemic, the caregiving issues are disproportionately impacting women. “The numbers are striking: 309,000 women over age 20 dropped out of the labor force in September,” Long wrote, “meaning they quit work or halted their job searches.  In contrast, 182,000 men joined the labor force…” For a fuller explanation of the childcare problem and how parents are dealing, give this a read.

Where Did My Money Go, Again?

Most mornings, I wake up to at least one (sometimes a few) emails from my husband.  They’re not love notes written in the middle of the night.  They’re articles that he, a night owl, came across after I, an early riser, turned in. This week, I got a couple of good reads on the Ted Lasso season finale (they contain spoilers, don’t click unless you’ve seen it) and this story about how payment apps – while oh, so, convenient – are causing “cash leakage” (i.e., people spending much more than they think).